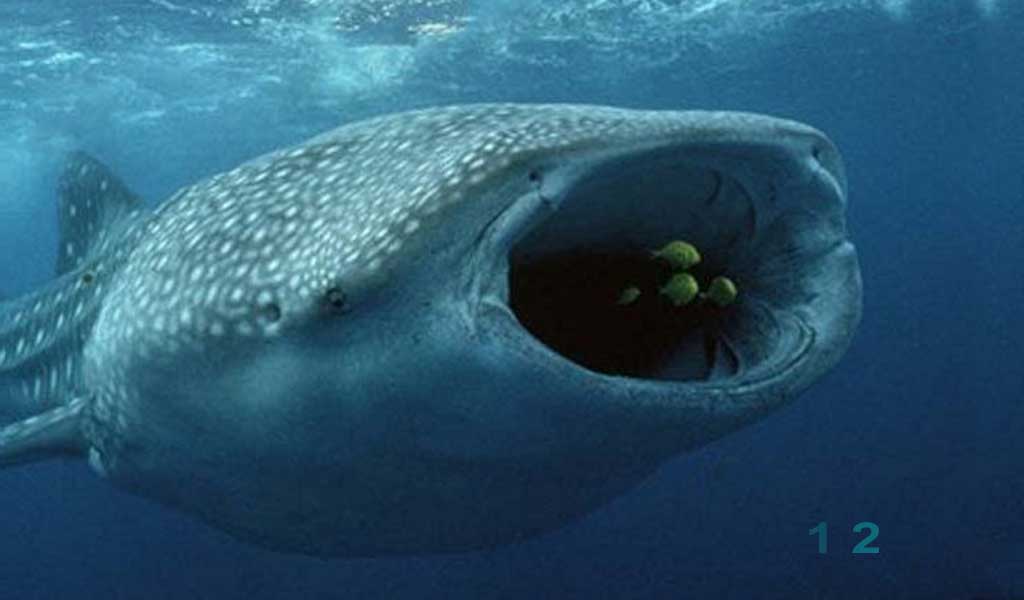 2.1 Why do growers care about any PMO sale?

Grower assets were disclaimed by the Liquidator and sold in a joint sale with those of Gunns Ltd. The sale process was proposed and managed by the Receivers. Despite strong contradiction, the Court deferred to the commercial agreement reached between the Liquidators and Receivers prior to the New Forests offer of ~$300M. That agreement provided for a division of sale proceeds by asset type, such as the Gunns owned plantations, land, research centre, nurseries, sawmills, and Pulp Mill Opportunity (PMO), and the Gunns Plantations MIS owned forestry rights. The Liquidators and Receivers maintained that a share was still due to the PMO ‘bundle’ despite no sale having yet been realised.

In the Sale Distribution hearing, the Receivers opened hard defending a large share of the sale and in effect socialising bankers’ losses across the growers.
(Note: this hearing dealt only with GPL MIS schemes on Gunns land. The secret Forestry Tasmania sale for schemes on Crown land is covered here  a-facts-a-fact-now-give-it-back , Tasmanian Times, 25 Oct 2018.)

The Court heard the progress of negotiations over the sale proportions commencing with the Receivers offer, followed by the independent Expert view (Craig Taylor, Principal, The Fifth Estate), and through to the final allocation. 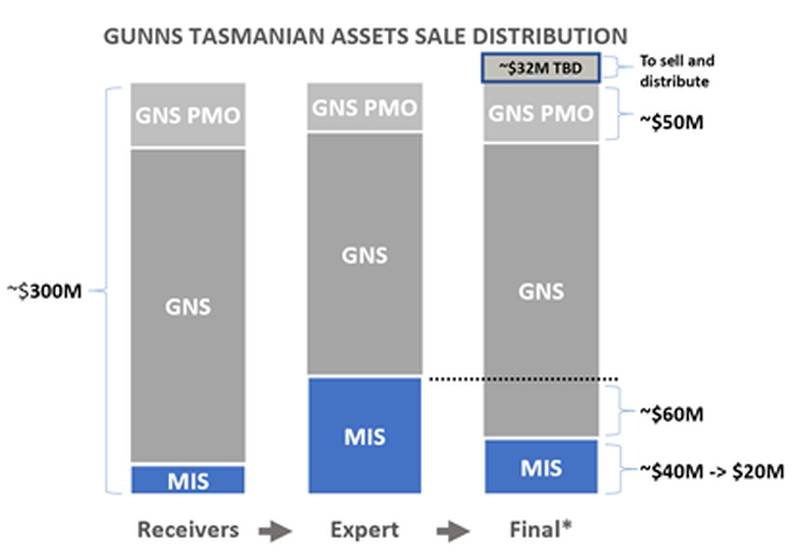 The Receivers countered the Expert view with the miserable gambit of expensive legal argument where they would seek the extinguishment of all grower rights. As happens all too often, that argument was not tested, the GPL Liquidators and growers’ Responsible Entity, PPB, acquiesced and ‘negotiated’ the final position.

The argument that the PMO should receive no allocation immediately, as it had not sold, was dismissed by the Court. The allocation instead was to be encumbered by an impractical further distribution, in the same proportions, should any of the PMO asset bundle be sold at a future date.

2.2 The socialisation of Gunns losses across MIS investors

In effect, growers have not only subsidised Gunns bankers with a prepaid ~$50M (indicated by the Liquidators) for the PMO, but through the disclaiming of their valuable asset by the difference between the sum allocated and the expert fire-sale valuation.

Of the $40M allocated to growers, ultimately $20M was eroded in princely liquidation fees, against the initial PPB all-up estimate of $4.1M.

If one is pragmatic and:

In summary, MIS growers have subsidised the Receivers clients by $80M. Gunns bankers have socialised their private loss and recovered an additional $80M from grower investors, who were not Gunns Ltd shareholders and had no debts themselves. Over 6,000 growers, on average $13,333 has been stolen from each of them.

But MIS grower-investors were not at fault.
Revision of the socialisation of Gunns losses.

Re: STT – GPL Settlement: No Board Response …

We serfs, indeed, have a new feudal landlord …

The Heart of Gunns’ collapse (2)

The heart of Gunns’ collapse (1)

What is missing … is any determination of fault