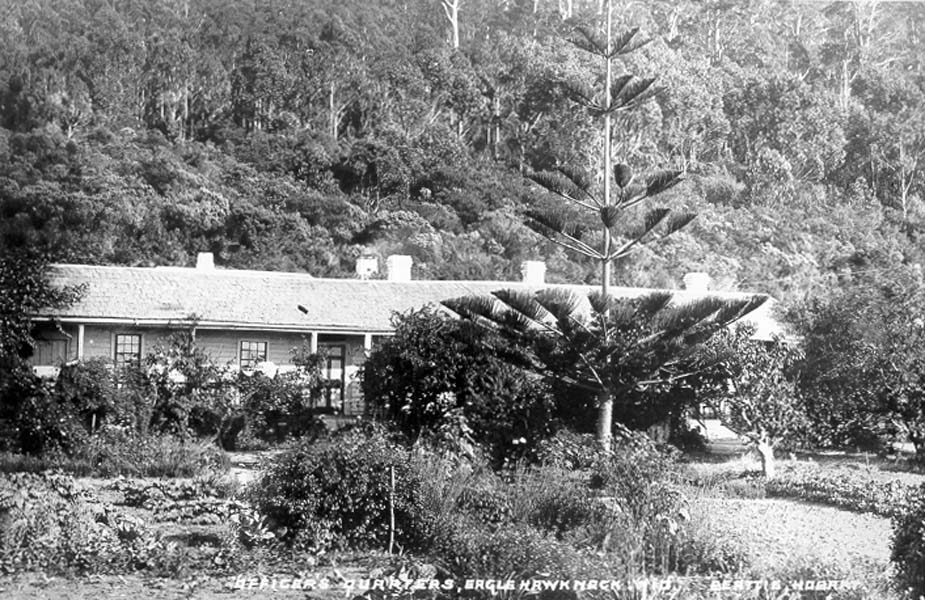 The Officers’ Quarters at Eaglehawk Neck (pictured above) is believed to be the oldest military building in Australia.

Built in 1831, it was one of several structures that formed the small military settlement on the Neck.

The military was withdrawn from the Neck when the convict prison at Port Arthur closed in 1877. The Officers’ Quarters were then taken over by private settlers. In 1991, the building was purchased by the government, who turned into a museum.

I visited the Officers’ Quarters in December 2019, and filmed a video of myself walking through the building. Give it a watch if you’re interested in seeing what it looks like on the inside.