new writers & contributors welcome,
please contact us with your submission
Tasmanian roads –
latest alerts & reports
Want to have a say?
Send us a letter for publication
no new content for a few days,
site is being migrated
Donate to Tasmanian Times –
BSB: 807009 Acc: 60178142
Tasmanian weather
forecasts and warnings 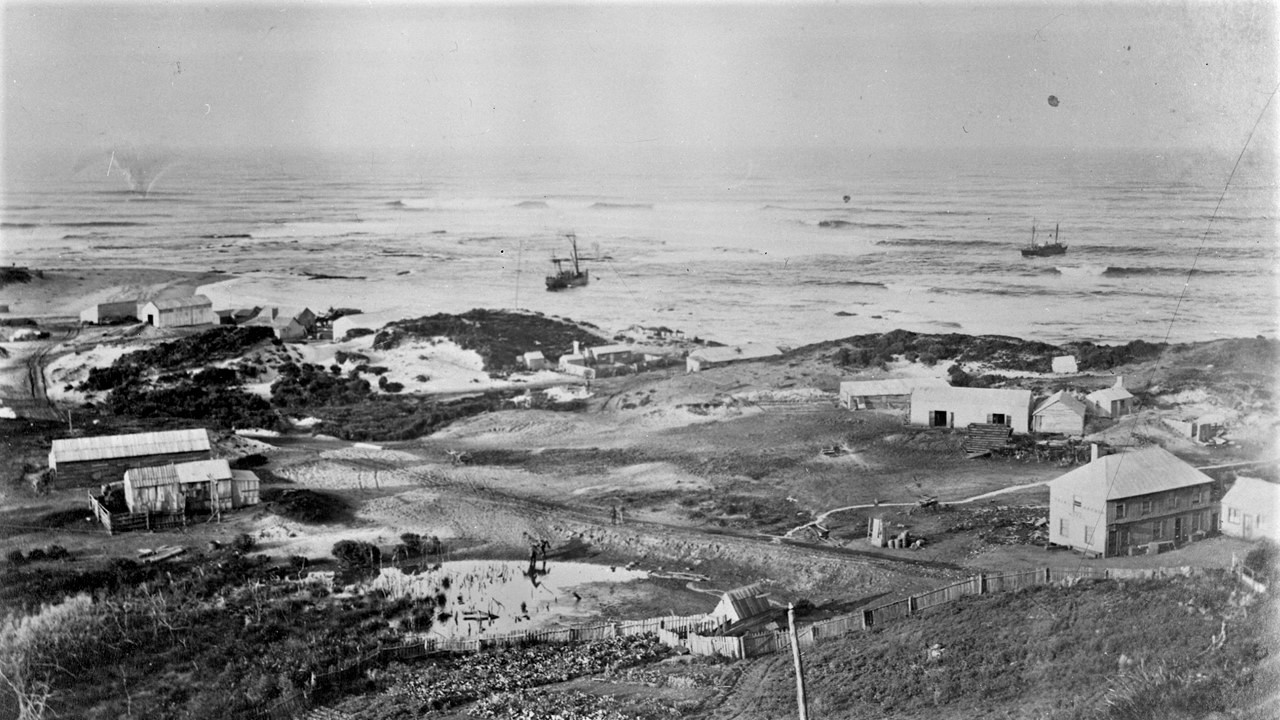 Trial Harbour was originally the service port for Zeehan.

Trial Harbour is located on the west coast of Tasmania, 20 kilometres (12 miles) south-west of Zeehan. It is one of the remotest settlements in Tasmania. Trial Harbour was established in the 1880s to service Zeehan. It was originally called ‘Remine’, the native name for the Blandfordia plant, which grows all around the area.

In 1881, a gale blew a ship called Trial up onto a beach near Remine. A journalist from The Mercury arrived shortly after. When he was told the name of the ship, he raised his glass and, as the story goes, declared, “Here’s to the health of Trial Harbour!”

A bushfire destroyed Remine in February 1887, but it was promptly rebuilt.

In 1891, the town had a population of around 200 people. It had a general store, a couple of hotels, a café, a post office, a blacksmith shop, and a police station.

Like many locations on the west coast of Tasmania, Remine has had its ups and downs. A devastating blow was dealt to the town when it was made redundant as a service port when the railway between Zeehan and Strahan opened in 1892. It was destroyed by another bushfire a few years later and at that time there was no reason to substantially rebuild.

The town was not re-occupied until after the beginning of the twentieth century. It was renamed ‘Trial Harbour’ in 1987.

Today, Trial Harbour is a quiet and peaceful settlement. It had a population of 24 in 2016. 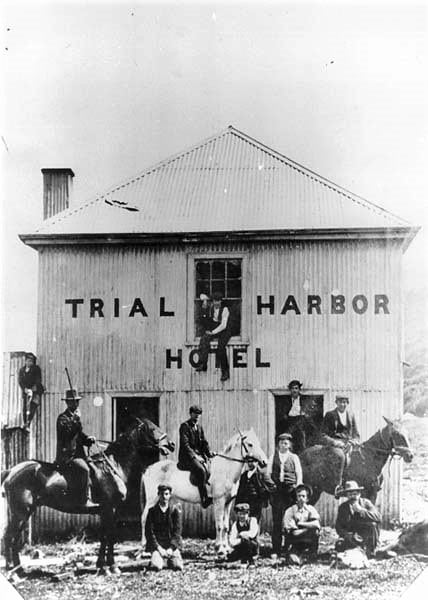 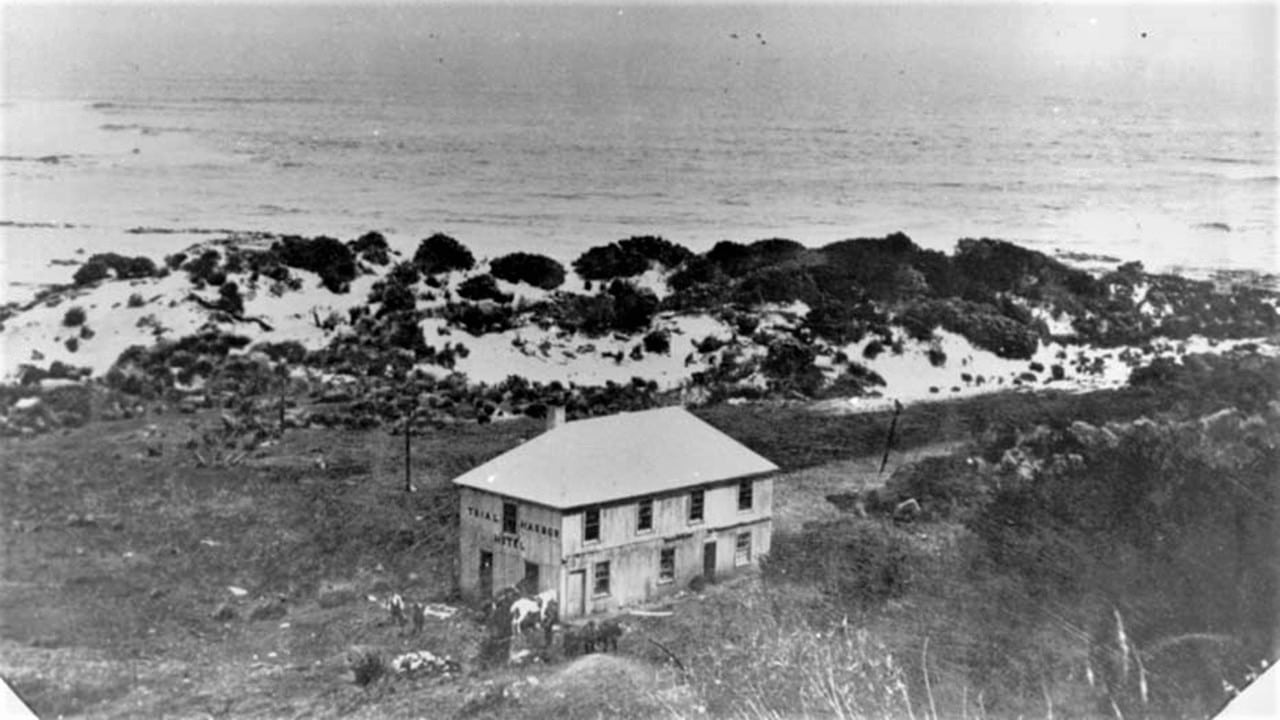 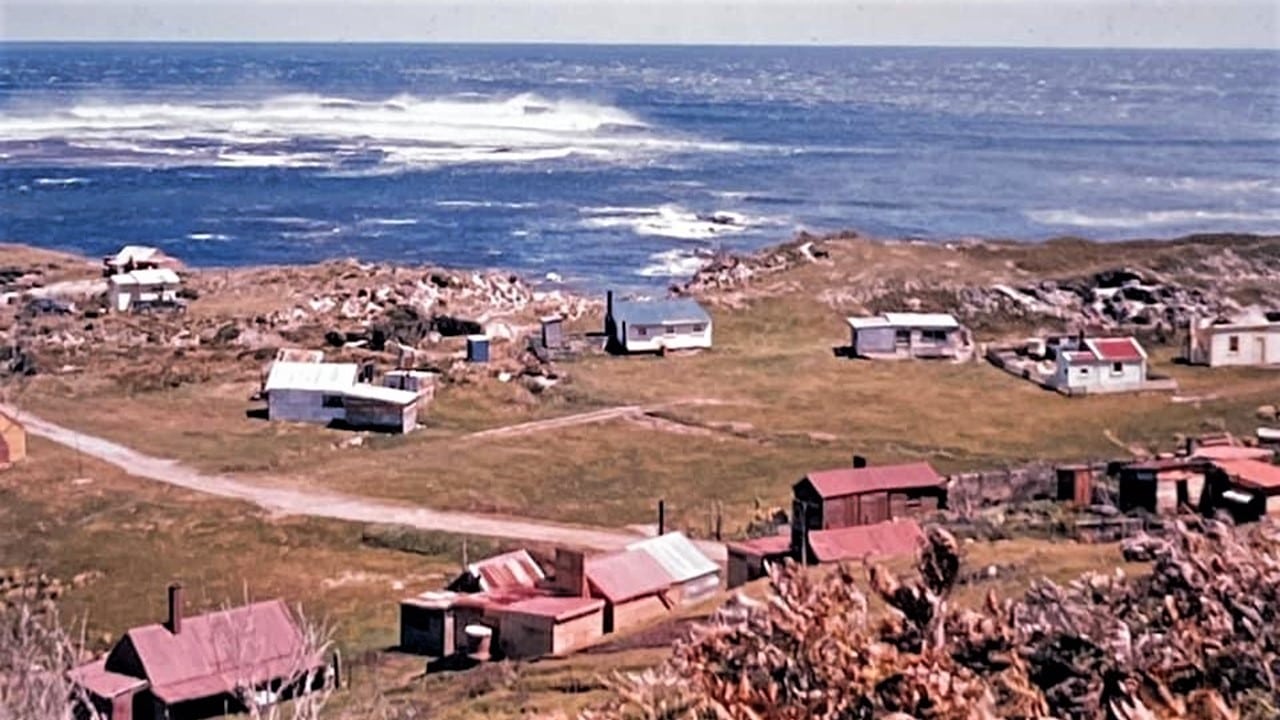 Trial Harbour during the 1960s. 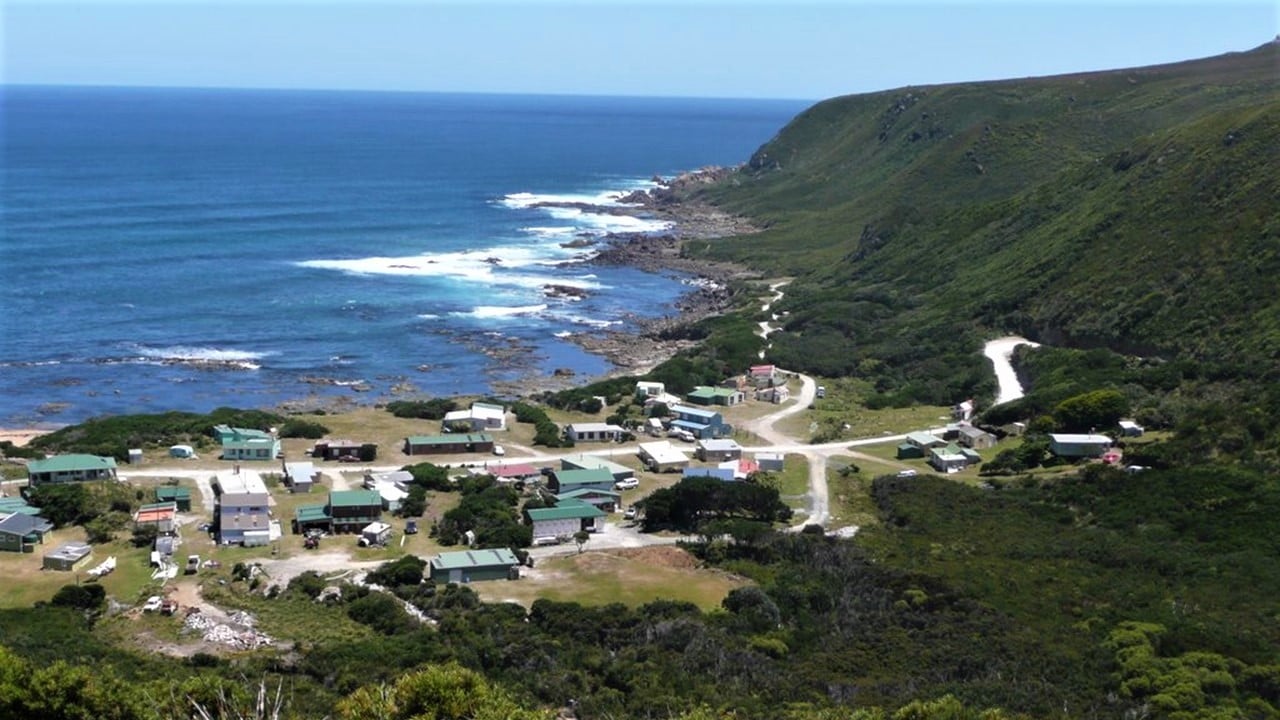