no new content for a few days,
site is being migrated
new writers & contributors welcome,
please contact us with your submission
Tasmanian roads –
latest alerts & reports
Tasmanian weather
forecasts and warnings
Donate to Tasmanian Times –
BSB: 807009 Acc: 60178142
Want to have a say?
Send us a letter for publication On 23 August this article was posted in Tasmanian Times:

Since that post and despite numerous emails to relevant politicians, councillors, and media contacts, either directly or via social media. there has been ZIP ZERO ZILCH NOTHING NOUGHT of a response on the questions therein raised.

So once again Waratah is seemingly not on the radar of the so-called important people in power in Van Diemen’s Land.

In an effort to gain some understanding as to the status of the planned anniversary I sent his to the Council for consideration at their next meeting on 17 October.

At the last meeting in September there was ZERO discussion or Agenda item about the 150th Anniversary of Philosopher Smith’s State changing discovery at Mt Bischoff.

I understand you had a Councillor Workshop about the proposed activities in the last week of September where some new ideas were raised.

I would accordingly request the coming meeting provide the Waratah community, indeed the whole of Tasmania, with the following :-

Will you invite ALL political leaders in Tasmania?

I received this reply.

We acknowledge your question for the Council meeting dated 18 October 2021. Unfortunately, we have received this too late to include in the Council agenda. To have an item included in the agenda papers it needs to be received as per the following meeting procedures:

Council Officers will respond to your correspondence within the next few days or alternatively, if you still wish your question to be placed on the agenda you would need to present at the meeting on Monday evening and put forward your questions during the public question and statement time.

Yes, I missed the 7-day time limit and am unable to go to the council meeting BUT this would have to be the most important event EVER to happen in the council area, indeed, in the entirety of Van Dieman’s Land, apart from Philosopher Smith’s actual discovery of Mt Bischoff which prevented the island being annexed to Victoria.

I would have thought a bit of focus might have been pertinent particularly given the current feelings in the town.

SO,BINGO – ZIP ZILCH ZERO NOTHING NOUGHT from anybody of relevance.

It looks like I will just go and hide in Cave Bay Cave on Hunter Island- see archaic diagram – and the word archaic accurately describes those supposedly in power. 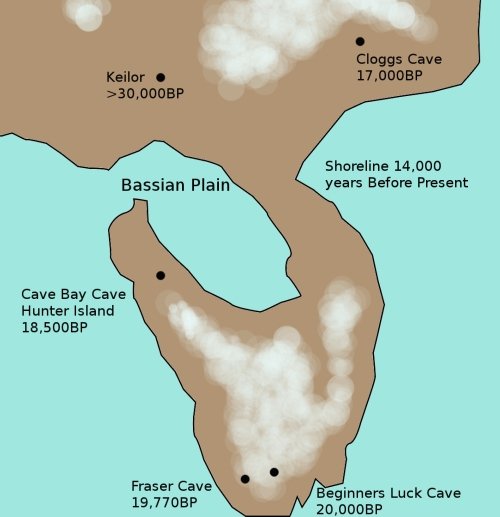