Tasmania to be home to the NBL’s 10th team

The people of Tasmania now have a team all of Tasmania can get behind after the league finalised its agreement with the Tasmanian Government to issue a licence to participate in the 2021/2022 NBL Season.

The agreement includes a new home for the team with the Tasmanian Government providing $68.5 million for the upgrade of the Derwent Entertainment Centre, including $20 million for a community four court multisport facility.

Premier Peter Gutwein said the milestone agreement paved the way for Tasmania to have a team of its own for the first time in 25 years with a major construction blitz on the DEC to also provide significant benefits.

“This is how we’re rebuilding Tasmania, building on our strengths and providing opportunities for Tasmania including national league participation, to create new jobs, future investment and economic development.

“We’re proud to be a major sponsor of a Tasmanian NBL team and the opportunities it provides for grassroots pathways and player development in our state.”

Hungry Jack’s NBL Owner and Executive Chairman Larry Kestelman said, “This is great news for the Hungry Jack’s NBL and the people of Tasmania who have showed amazing passion to help bring this to life.

“The final agreement means we can start immediately on the next steps for the planning and upgrade of the DEC in preparation for a Tasmanian team to take to the court for the start of the 2021-22 season.

“I want to thank the Tasmanian Government, led by Premier Peter Gutwein, the Glenorchy City Council and the people of Tasmania for their support, particularly over recent months when we have all faced so many challenges.

“The Tasmanian NBL team will deliver important economic and tourism benefits for Tasmania and bring new jobs and investment to the state. Basketball is a global sport and the NBL team will showcase Tasmania on the national stage and around the world.

“In parallel with the upgrade to the DEC, we will now begin the process of building the club. This will include engaging with the local community to help choose the name as well as starting the recruitment of people to lead the club into the future.

“We will be looking to immediately recruit a CEO to lead the club and we will work closely with the Tasmanian Advisory Board and the local community to establish a team that all Tasmanians can be proud of, on and off the court.

“We have been encouraged by the interest from corporate Australia in becoming foundation partners of the Tasmanian team. We will progress those discussions in coming months and look forward to major Tasmanian brands getting behind their team.” 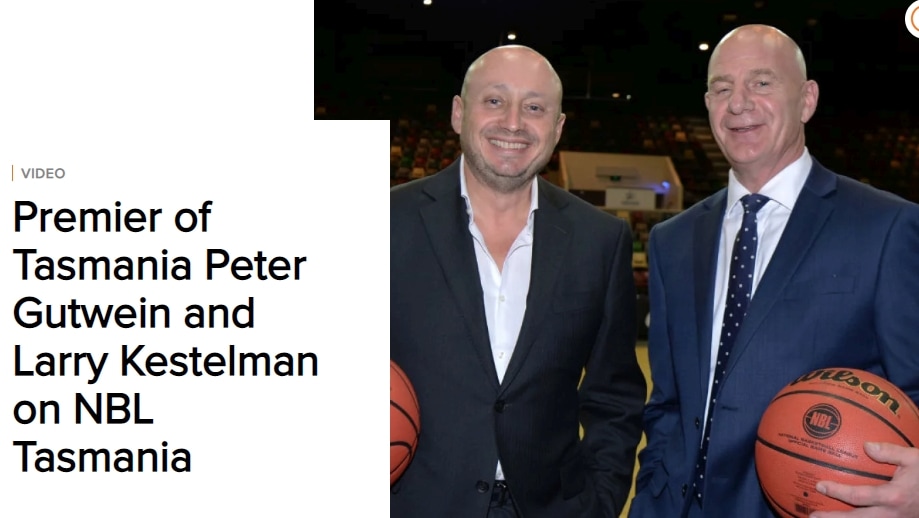 “It’s time to welcome much needed investment in Glenorchy. The DEC upgrade will give a shot in the arm to the local economy,” Ms Ogilvie said.

“Everyone loves basketball, and to have a Tasmanian team is fantastic.

“It is important that re-development plans align closely with the needs of all users of the DEC facility.

“In particular, many schools use the facility for assemblies and events and they are key stakeholders in this process. The DEC is also used for events and shows.

“Clarity around the GASP! park which joins the DEC at the foreshore is needed.

“In any project of this size we would expect to see an investment in public art commensurate with the size of the project. I look forward to hearing proposals for how this aspect will be managed.”