Mel Downey and her partner have fallen in love with north-west Tasmania. Here’s why.

Hello Tasmania! is a column in which we introduce people who have decided to call Tasmania home. How did they get here, what are they up to, and what do they think of the world’s-best-kept-secret…Tasmania?! If you know of a person we could feature in HT please drop us a line to submit@tasmaniantimes.com and we’ll follow up.

Why did you move here?

My name is Mel Downey and I was born in Queensland in 1989 where I lived in rural and remote areas all my life until we moved to Tasmania two years ago. My partner and I had been wanting to move to Tasmania since we first met around 14 years ago. I have never been one to endure the heat, so I struggled most of my life with chronic illnesses brought on by hot weather. On top of that, I love rainy weather, and it doesn’t rain nearly enough in Queensland.

What were your first impressions when you arrived?

The move was very exciting and quite unexpected, but we jumped at the opportunity. We sold most of our belongings and drove down in a clunky old sedan that we weren’t even sure would survive the journey. It was an amazing road trip and after a four-day drive we took the Spirit of Tasmania over the Bass Strait. Disembarking from the Spirit was a surreal experience. It was 7am but still pitch black, in the dead of winter, and raining. In our first week in Tasmania, it rained more often than it had all year where we lived in Queensland. I was blown away by the sheer number of rainbows I saw in just one day!

What did you know about Tasmania before moving here?

We had never been to Tasmania before making the move and we didn’t know a soul down here. But something inside of us just knew it was home – it was a very intuitive decision but one we felt confident about. I’d seen enough photos and videos, and talked to enough people, to know we were making the right decision.

There’s actually a Facebook group called That’s it! I’m moving to Tasmania which was a godsend while organising the move.

Where in Tasmania are you living and how did you choose it? 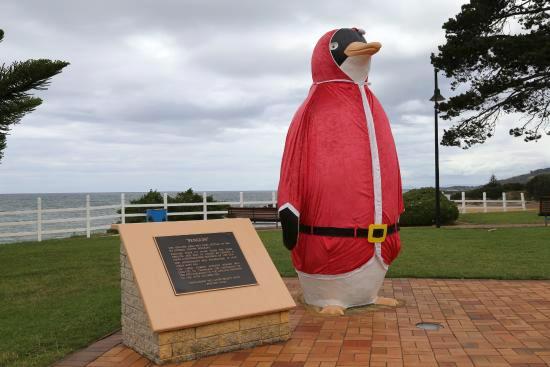 We currently live in Penguin on the NW coast. It’s a quaint little town full of models and images of penguins, including a giant penguin statue on the main street that gets dressed up for special occasions.

There are (real) fairy penguins that nest along the NW coast, but I’m yet to see one.

It seems that Penguin chose us instead of the other way around. We were looking for rentals around the general Burnie area after being told it’s a great place to raise a family, and we just happened to snag one at Penguin. It’s a lovely little town with really friendly people and beautiful beaches.

What work do you do?

I’ve been a freelance/contract artist for over a decade now and work from home. I work with both digital and traditional media – acrylics, oils, coloured pencil and watercolours – and have done hundreds of private commissions over the years ranging from character design to pet portraits, as well as commercial work such as book covers and game art.

It’s a really fun career that allows me to flex my creative muscles as well as do something that I’m passionate about.

It’s almost like being paid to have a hobby, but it is a lot of hard work (especially for the eyes). I’m mostly known for my skills in realism, but I’m a huge fan of surrealism, horror art and still life.

What other activities keep you busy?

In addition to art, a few years ago I found my true calling when I began studying psychological science. I’m now in my final year of my bachelor’s degree and plan to go on to complete honours and masters to become a clinical psychologist. On top of that, I’m an amateur photographer and a writer, and currently working on my first novel. 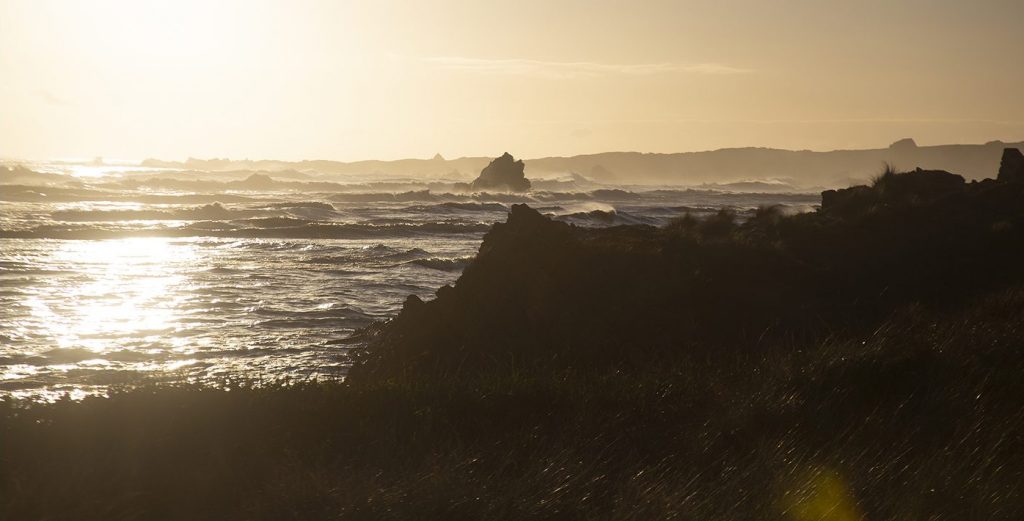 Mel says that the west coast, ‘the edge of the world’, is one of her favourite places.

Do you feel settled here now?

We have absolutely no regrets about moving here. Even after two years I’ll sometimes have to stop and tell myself, ‘Wow…we actually live here. We actually live in Tasmania’. It still feels unreal.

It has changed our lives for the better.

It’s a wonderful place to work and live and play, and for the first time in my life I feel like I’ve truly found home.

Some more of Mel’s work. 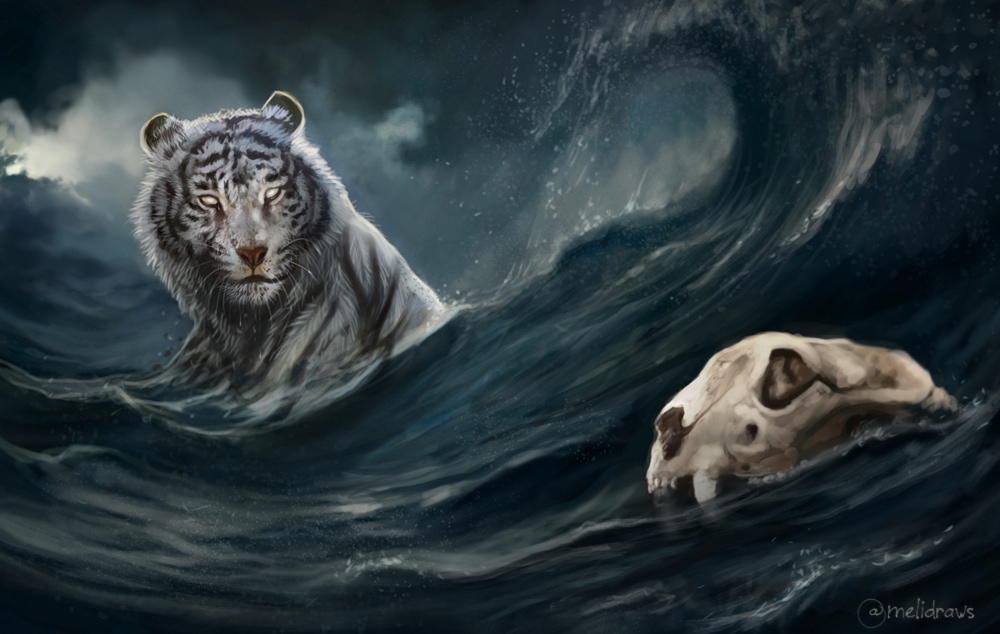 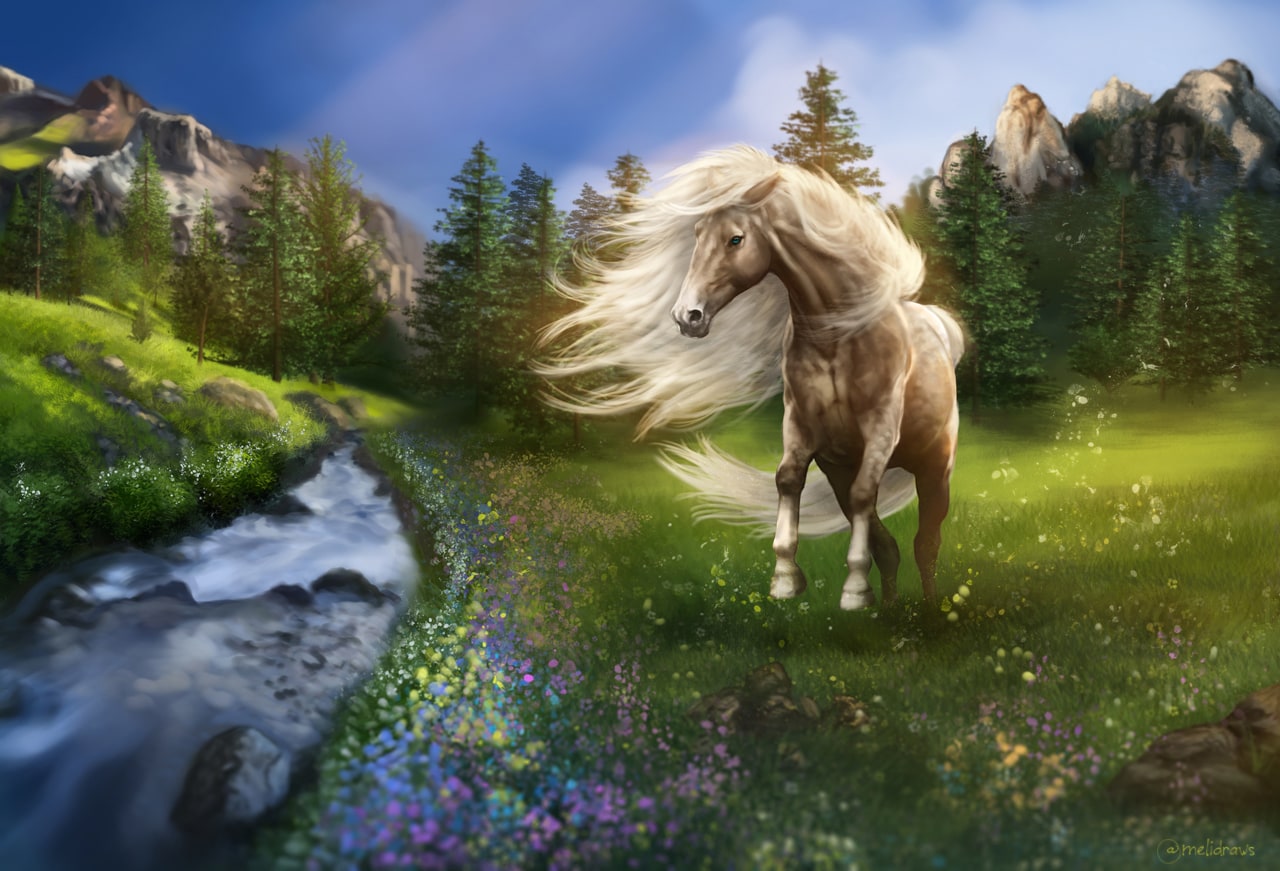 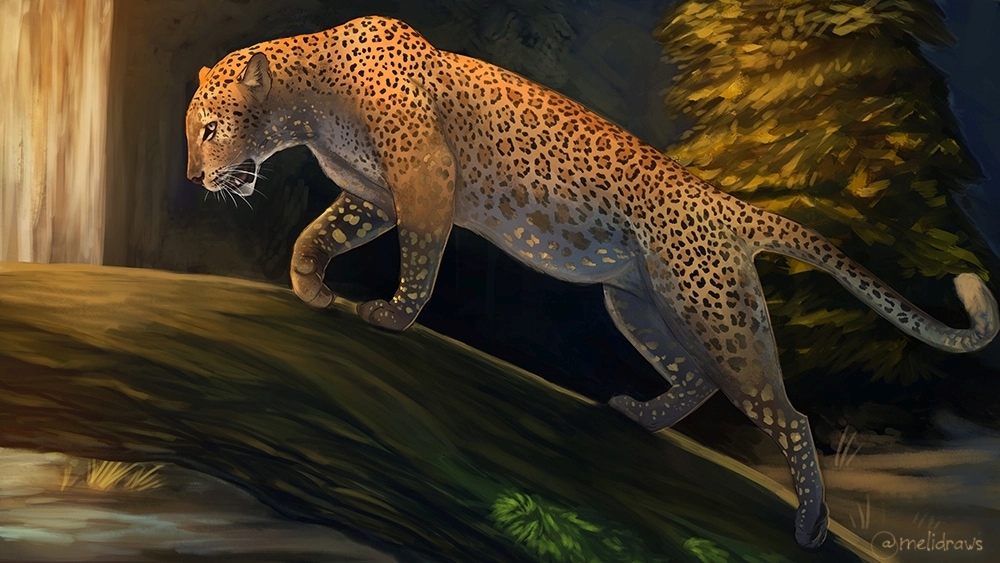