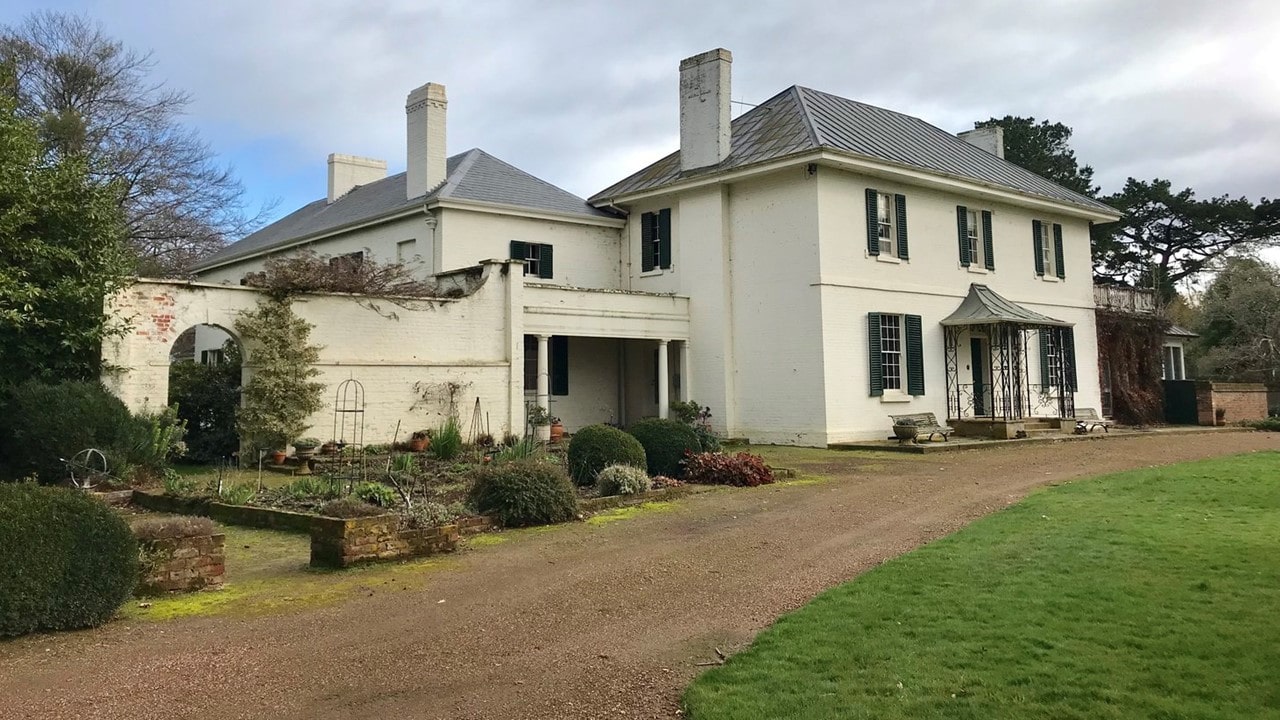 Brickendon Estate, located next to the Macquarie River in Longford, is one of Tasmania’s oldest estates.

The property was settled by William Archer in 1824, after he arrived in Van Diemen’s Land with 77 merino ewes, 3 rams, a Norman cow and bull, a group of pigs, and two stallions. He named the property after a village in Hertfordshire, where he was born. It was one of the first (and most successful) farms in the area. It has been lived on and operated by William’s direct descendants since it was established. Three generations are currently involved with the property. 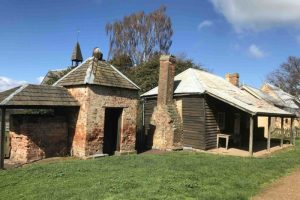 Farm buildings on the Brickendon property.

Brickendon consists of: a two-storey brick manor house built in the Old Colonial Georgian; a village; beautiful gardens; and a working mixed farm. The property covers an area of 465 hectares.

The first William Archer laid out the garden and shrubberies in the 1830’s.  He designed them in the latest English fashion – ‘picturesque’ – to create a more natural looking landscape than the manicured lawns and rigid pattern of beds of the previous periods. Sweeping carriage drives, hawthorn lined driveways, wilderness shrubberies, extensive rose and perennial plantings all surround the Georgian Homestead.

It’s a popular tourism destination that offers farm activities, heritage accommodation, garden tours, and a venue for functions and weddings. You can also spend a night or two in one of the farm cottages although better leave that for when you-know-what has passed.

It has been World Heritage listed with its sister property, Woolmers Estate, since 2010. The two sstates are regarded as the most significant rural estates in Australia having the second largest number of convict workers and still retaining a living history from early European settlement to the present day.

William Archer often requested convicts who would be useful on the farm i.e. farm labourers, blacksmiths, carpenters and the like.  Women were also required for domestic service where Caroline Archer would supervise their work and behaviour.  The Archers were responsible for feeding, housing and clothing their servants.  They were also responsible for the Christian morality which was considered a vital part of reformation.

Brickendon has also been listed on the Tasmanian Heritage Register and the Australian National Heritage List since 2007.

Tas That Was is a column that includes anecdotes of life in Tasmania in the past, as well as photographs of historical locations in Tasmania.