Community consultation on both the controversial ‘Major Projects’ Bill and reform of the Tasmanian Planning Commission is set to conclude on 9 April 2020. Groups engaging members and others in their communities have cancelled a roll-out of five statewide public meetings due to public health concerns. Given the complex nature of the planning reforms proposed, these public meetings are essential to assist the community to fully understand the detail of what’s proposed and to have a meaningful say.

State Coordinator of the Planning Matters Alliance Tasmania (PMAT) Sophie Underwood said logic should prevail under these extraordinary circumstances. “As groups working with the community to facilitate engagement over these complex processes, we call on Premier Gutwein to postpone community consultation and delay the debate on the Bill until things return to normal,” Ms Underwood said.

A cross section of groups are united in their opposition to the Major Projects bill, seeing it as a power grab by the Gutwein government that will take planning decisions away from local councillors and local people. The review of the Tasmanian Planning Commission, happening in parallel with the Major Projects process, adds to community confusion and concerns about a political takeover of planning decisions.

“Despite reassurances from government, the Westbury community remains concerned that the Government could seek to rely on this legislation to impose a prison on our community if the current planning process does not go its way,” said Linda Poulton, spokesperson of Westbury Region Against the Prison (WRAP).

Jim Collier, Coordinator of Launceston Heritage Not Highrise said “The Government should remember we live in a democracy and it is important everyone is allowed to have their say! The Gorge Hotel, defeated through an appeal by a Launceston business owner in the Planning Tribunal, could be approved through this legislation.”

“Hands Off Our Gorge believes the elected councillors of Launceston will make the right decision and reject the proposed Launceston Skyway gondola. With Major Projects legislation, this decision could be plucked from their hands and decided by a select panel, with no community right of appeal” said spokesperson Anna Povey.

“Regardless of the outcome of the current Supreme Court appeal, Cambria Green could still be declared a Major Project, taking it out of the planning system altogether,” said East Coast Alliance spokesperson Anne Held. “We believe this is inherently unfair and significantly limits the opportunity for communities to have a meaningful say.”

“This legislation must be stopped. It would allow ugly high-rise towers, already refused, to be taken aside, fast-tracked, and approved,” said Brian Corr, President of Hobart Not Highrise.

“We are concerned that changes to planning legislation and review of the Tasmanian Planning Commission raise the spectre of corruption in determining planning matters as experienced in other states,” said Alvaro Ascui from the Tasmanian Ratepayers Association.

“There is nothing in the so-called ‘major projects’ legislation that would stop it from fast-tracking niche proposals like Lake Malbena,” said Tom Allen, spokesperson for The Wilderness Society. “This bill is a developer’s dream but a nightmare for Tasmania’s national parks and World Heritage wilderness.”

“Fishers and bushwalkers of Tasmania are deeply concerned about the breakdown in due process in Tasmania. In this uncertain time we call for the Major Projects Legislation to be scrapped to ease unnecessary concerns for Tasmanians,” said Dan Broun from Fishers and Walkers Against Helicopter Access.

With such concern about the profound change to the way development proposals are assessed in Tasmania, the groups believe it untenable for government to continue a public consultation process at the start of a declared public health emergency that mandates a limit to community engagement.

“This legislation is a massive power grab by Peter Gutwein, giving the Minister unlimited power to take virtually any development away from Councils and out of the normal planning process. He can’t be allowed to sneak these changes through unchallenged because of the current emergency,” said Peter McGlone, Director of the Tasmanian Conservation Trust. 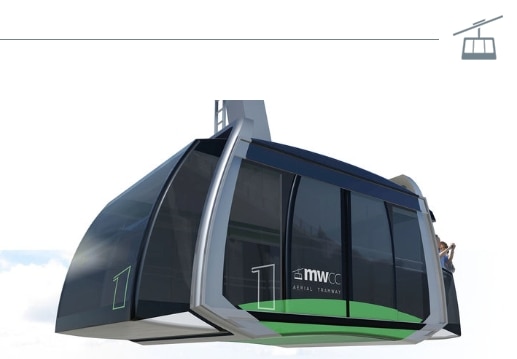 “Despite the ‘major projects’ title of this proposed legislation, the criteria are so broad that almost any project that the Minister thinks is a good idea could be declared a major project.  This could include minor but extremely intrusive proposals within our national parks, like Lake Malbena,” said Nick Sawyer, President of the Tasmanian National Parks Association.

“The Major Projects Bill will significantly diminish the role of Local Government as a Planning Authority as well the community’s appeal rights including in relation to coastal development issues. Given the considerable changes proposed in the legislation and the current circumstances regarding the coronavirus, any further consideration of the Bill should be paused,” said Todd Dudley, president of the North East Bioregional Network.

“Remembering the thousands of people who rallied against the cable car in 2018, it’s clear there’s great public opposition to controversial developments and how they could be assessed. The Public Health Emergency has thwarted plans to hold public meetings and this will constrain people’s ability to get the information they need to be able to participate in a credible consultation process. Premier Gutwein should do what’s fair and delay consultation until the health emergency is over,” concluded Vica Bayley, spokesperson for Residents Opposed to the Cable Car.