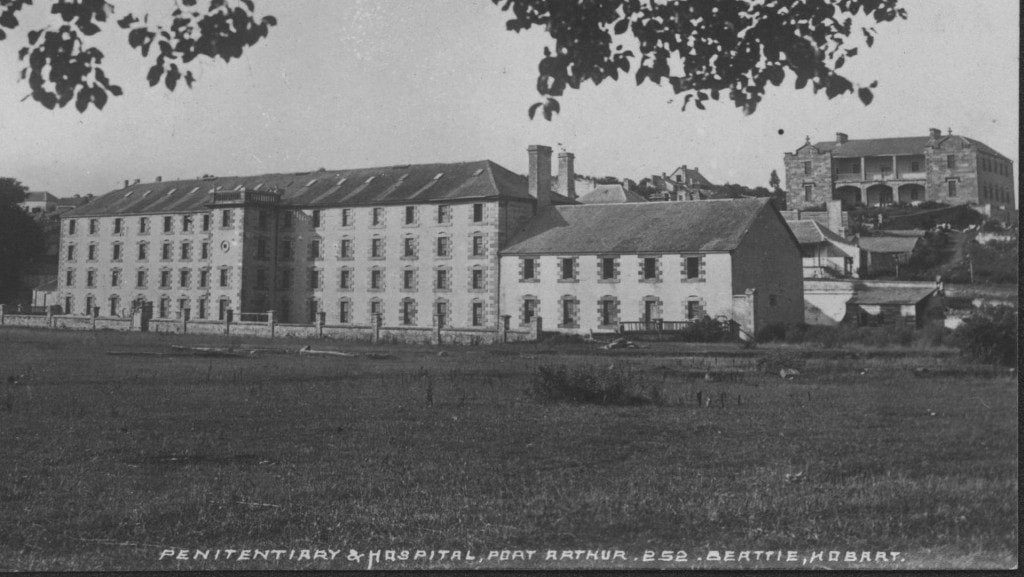 The iconic Penitentiary at Port Arthur was originally built as a flour mill and granary in 1845 to supply the prison settlement with flour.

Grain was ground by a water-powered mill. When there was little to no water flow, which was often the case, the grain would be ground by convicts walking on a treadmill. 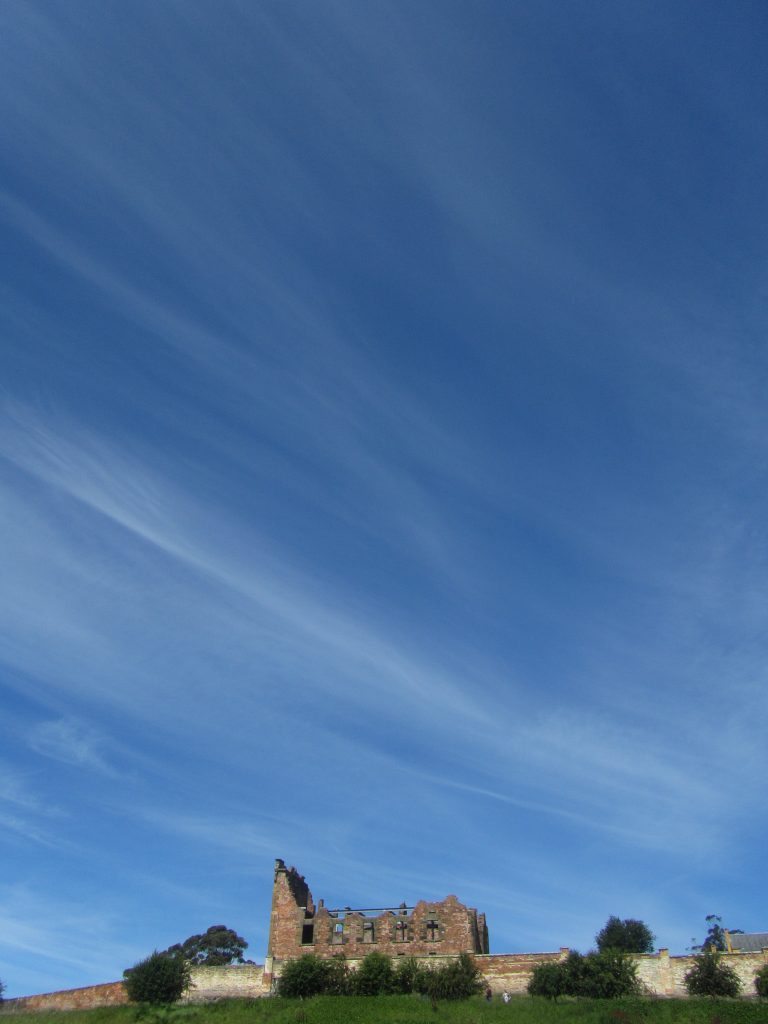 The venture failed, and the building sat empty for several years. The decision was eventually made to convert it into a penitentiary. The conversion took place between 1854 and 1857. A combined kitchen and bakery was added to the building’s western end during the conversion, and an ablutions block was built behind the building as well.

The Penitentiary had 136 one-person cells on the bottom two floors for ‘prisoners of bad character under heavy sentence’. On the third floor was a dining hall (which doubled as a school room at night), a prisoners’ library that was full of ‘useful and entertaining books’, and a Catholic chapel.

On the fourth floor was a dormitory for 348 well-behaved convicts. All convicts ate and slept in the Penitentiary, but worked around the Port Arthur site and across the Tasman Peninsula during the day.

In front of the Penitentiary was a yard surrounded by a low wall. Here the convicts were assembled to hear prayers and be counted before and after work.

The prison closed in 1877, and in late-1897, an agreement was made between the local council and the State Government that stipulated that the Penitentiary was to be used for recreational purposes for 99 years.

The building caught fire one week later, however. The timber roof and floors were consumed, leaving only the brick-and-stone walls still standing. The local council wanted to demolish the walls and recycle the bricks for new building projects, but it was instead decided that the most unstable parts of the kitchen and bakery be demolished, and all the fallen bricks be removed and sold. The ground-floor windows were bricked up in response to safety concerns, but no measures were taken to properly preserve the ruin. This eventually led to some of the walls collapsing. It wasn’t until the 1980s that steps were taken to properly stabilise and consolidate the walls.

The preservation of the Penitentiary continues to this day. 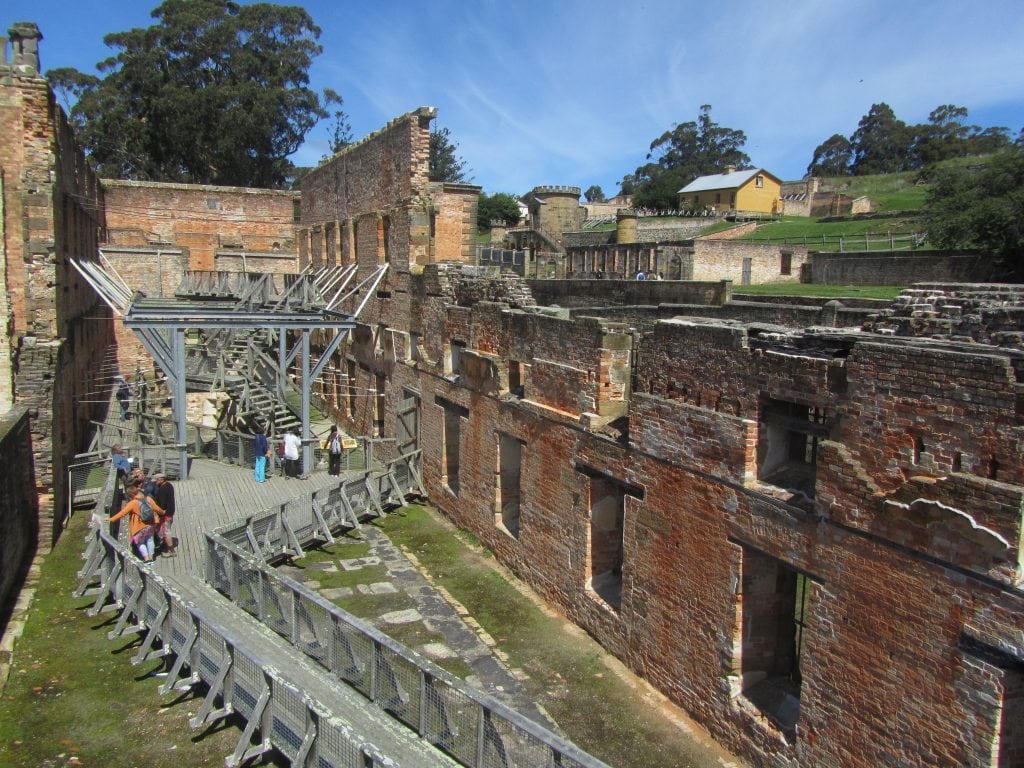