I fully support the five forest activists who were arrested last week locked on in Sus Timber Tasmania’s office in Hobart. Given the current climate emergency, it is appalling that native forest logging continues anywhere in the world, least of all in Tasmania where we pride ourselves with our so-called clean, green image. We are all well aware that deforestation contributes to climate change and that logging accounts for big greenhouse gas emissions. Why do we continue to plunder our natural resources in the face of this evolving climate crisis. It’s time to do things differently Sus Timber Tasmania. Stop being climate criminals and start being climate custodians. Everybody will thank you. 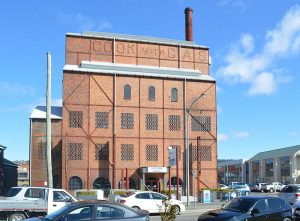 Heritage is not just about buildings it’s also about place. The Gasworks 7 storey car park, if it goes ahead, will strangle the heritage buildings it would abut. A waste of a place that should be used for people not cars.
Can alternatives be considered including underground parking?  Lets enhance the heritage use with green space for all to enjoy not choke the buildings!

Editor’s note: Dr Eric Ratcliff is speaking on ‘Launceston: Uniqueness in a Homogenising World’ at 9am this Thursday 6 Feb. in the Architecture and Design Building at UTAS.

Recently Dr Ratcliff said: “And when it comes to building heights, Launceston needed to avoid the mistakes of Hobart where many important heritage buildings had been lost in the name of progress.”

I don’t think banning phones so they are ‘off and away all day’ is the best idea. I don’t think cyberbullying is ever going to stop, it happens outside of school too and it can happen over social media on laptops and iPads as well, which are classified as learning devices. I’ve come from a school where the internet is so unreliable and the technology was always slow, broken or not able to be in use because other people were using it – in that case our phones were a massive help. I also think it’s important to be able to be in touch with family. Phones can be a distraction 100% but only when used in the wrong way. Music personally helps me concentrate, having my phone on me makes me feels safer (as silly as it sounds) and you will find a lot of people use it for the better. Students will hide their phones or sneak them in class anyway so I’m not sure how that will be watched – if you see them being used inappropriately I think that’s when they should be taken off that person for the lesson and given back when dismissed. If the person using their phone for the wrong reason is only distracting themselves then that’s their bad luck, focus on the students that are there for the right reasons.

The Royal Hobart Hospital is still under construction after six years, yet the Chinese, who are making an enormous effort to contain the virus, have built a 1000 bed hospital in ten days.
The 1918 Influenza Pandemic killed more people than those destroyed in the Great War, at an estimated figure of between 20 and 40 million. It has been cited as the most devastating epidemic in recorded world history and mainly affected those aged between 20 and 40 and we are fussing about a pandemic with less than 200 recorded deaths.
The pollies who run our lives need a distraction to cover up their incompetence and inability to govern in the interests of the people.
The CON virus is I suggest correctly named for it has driven the climate debate off the front pages.

Editor’s note: This letter was submitted late last week. At the time of publication, the World Health Organisation’s latest situation report is as of 3 Feb. This lists 17391 cases globally across 24 countries, causing 362 deaths. All but one of the deaths have been in China.

Feed me on irony

It is a sad and bitter irony that the only time locals can afford to buy Tasmanian crayfish is as a result of the misery and death created by the coronavirus. 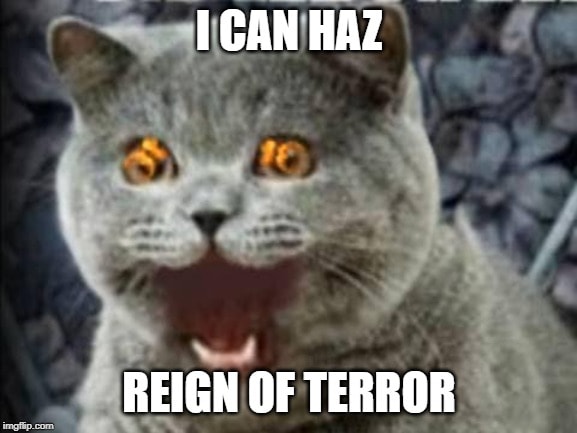 The proposed changes to laws on cat ownership by the current government don’t go anywhere near far enough. These are foreign pests that don’t belong in our country. It’s not been shown anywhere that’s it’s possible to keep an entire cat population indoors. Any escapees just restock the feral population who do tremendous damage to our wildlife through direct attacks and the spreading of disease.
Do I have to say it in lolcat for you? Nasty lil thugz in our landscape, dis iz not want! And why stop at Bruny Island, where there is a brave and admirable move to work towards ending cat ownership? Tasmania should move to phase out cat ownership entirely across the state. Then the total eradication of all feral cats by any means necessary.

CAT POLICY: Move over Cats the Musical, We’ve got Scruffy.