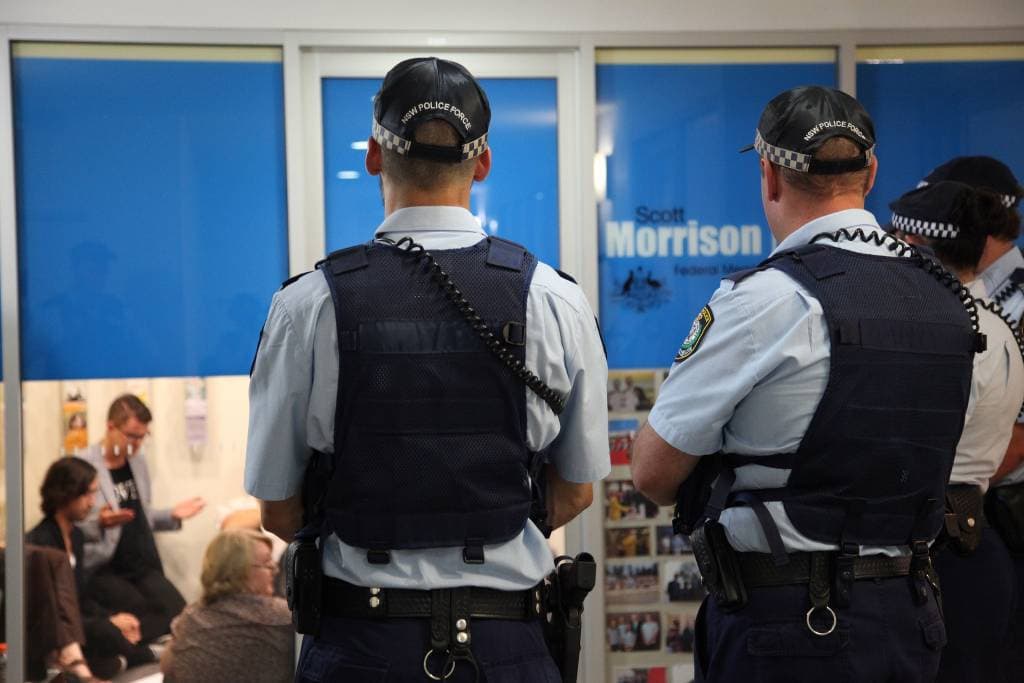 Gee, I winced when I heard that (federally) we were getting – not an ICAC – but a national Integrity Commission.

We in Tasmania remember the saga of the then proposed Pulp Mill, the collusion and apparent corruption involving Gunns and members of successive Labor and Liberal Governments.

We remember David Whatsisname’s Line in the Sand … (all right, his name is Bartlett) and we remember the reason why the ICT was formed: to take the heat off the government in the face of the widespread outrage that was in the community. It was outrage against a number of things, of which the pulp mill was at its heart.

And the complaints about the misdeeds surrounding the pulp mill were so numerous that the ICT chose not to respond to them individually, but instead, it chose to group the complaints into a number of broad areas … 6 allegations as it then called them. Some of the allegations it dismissed and the rest were deemed by the ICT to be outside its jurisdiction. Our ICT failed in its first job – the job that supposedly it was created to perform. Was it created in order to fail us on the pulp mill scandals?

Let me quote from the report’s conclusion:

There is no question that controversies surrounding the proposed pulp mill served, in part, as a catalyst for the creation of the Integrity Commission. However, it does not automatically follow that the Commission must further investigate those controversies. The Commission is only able to take such action as is consistent with his [sic] statutory remit.

As demonstrated above, when the various allegations that have been advanced are dissected, they are seen to involve issues that do not fall within the Integrity Commission’s jurisdiction, or do not otherwise justify or warrant further investigation.

For the reasons identified and canvassed above, the various complaints to the Integrity Commission regarding the pulp mill are dismissed.

Report No. 4 of 2017 – Investigation into allegations of misconduct in the Fox Free Taskforce and Fox Eradication Program )

The Report found that:

“There was no direct evidence of employees of the programs or the organisation knowingly fabricating or falsifying evidence, or knowingly relying on false information; and there was no evidence to suggest that the Minister had a conflict of interest.”

Regarding the above Fox Report, the matter was ‘referred to DPIPWE for action’. Incidentally, MLC Ivan Dean [see link to Tasmanian Times below] subsequently announced that he would be

“arranging an independent legal review of the I.C. Report to ensure errors, anomalies and deficiencies are addressed, and the full facts emerge.”

[ https://tasmaniantimes.com/2018/04/foxes1/ ] I am still waiting eagerly for the results of Ivan Dean’s independent review.

So, in conclusion, given our own local history, readers might understand why Tasmanians should have reservations about the Prime Minister’s announcement of a Commonwealth Integrity Commission (CIC):

– The Guardian [ https://tinyurl.com/ycwtv4js] reported that PM Morrison’s CIC would not conduct public hearings and would not make its findings public.

– The SMH [ https://tinyurl.com/ybv7rvd3] reports that, according to a government discussion paper,

“The CIC will not investigate direct complaints about ministers, members of Parliament or their staff received from the public at large.”

In other words, the Prime Minister proposes to keep the public at arms length from his proposed Integrity Commission. We won’t know what they are doing, we won’t know their results, there will be no public hearings or reports and if we wish to complain about instances of corruption, we will not be able to do so.

Garry Stannus is an occasional contributor and regular commenter to Tasmanian Times. His interests include environmental matters, politics and other miscellanea. He’s a youthful almost-68, lives and works in the North (Liffey and Lonnie) drives an old grey ute and rides a bike to get from A to B when he’s in town.