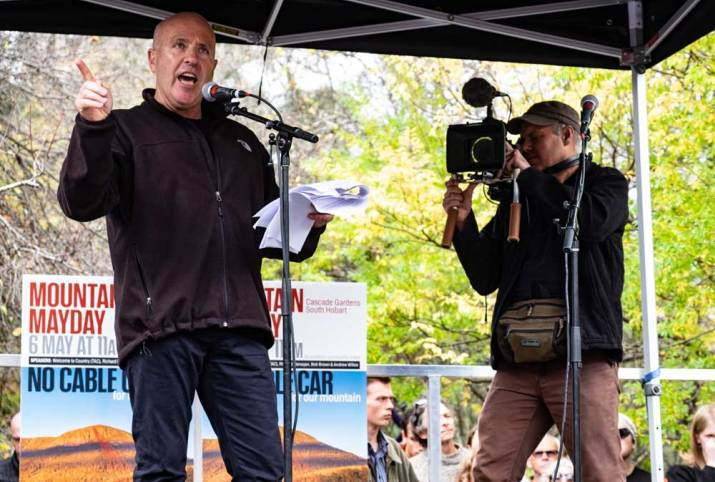 I enclose a copy of UTG’s A New Ethic – not for your conversion, you are your own person and do not need any converting, but for your interest. Hugh Dell wrote A New Ethic back in 1972 when UTG was originally formed. It has recently been updated. I also enclose a coaster, which I know you already endorse, but I have one on display just as a reminder to people – it says What is your passion?

What I would like to convert you about is the proposed cable car for kunanyi/Mt Wellington. To date most of the discussion has focused on economic, visual and, to a lesser extent, environmental factors. What goes much deeper and is more widespread are the spiritual or emotional factors that underlie Hobartians’ profound respect and love for the mountain – and it is this common title that is indicative of the special, spiritual acknowledgement of the mountain.

There are many places in the world where a mountain or volcano is regarded as a sacred or special place – from various Himalayan mountains (eg, Mt. Kailash) through to a volcano on the tiny island of Fogo in the country of Cabo Verde.

People rarely express the spiritual aspects of the mountain, largely because it is hard to put into words; it is better presented in images, images of its ever-changing presence – hence the number of photographic books dedicated to its celebration.

Many of us still suffer today, almost every day, for the loss of Lake Pedder. Mt Wellington is much closer to home and a cable car anywhere on the mountain could have the same effect.

Dr Geoff Holloway, was State Secretary of the United Tasmania Group (UTG) 1974-77 and again since revival of UTG two years ago. Geoff has a PhD (sociology), specialising in social movements, health and research methods.