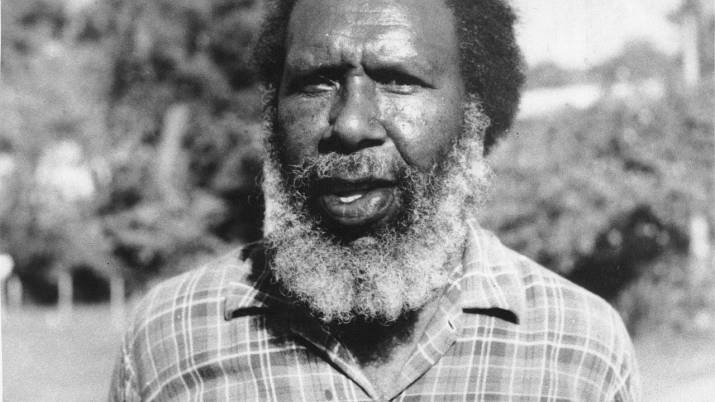 As we celebrate the courage and the achievements of Eddie Koiki Mabo we all walk in his determined footsteps in our hope for a brighter future. The Mabo family asked me to paint you a picture of how Australia can offer an example to the world, if we achieve what that passionate man dreamed of, if we do it with reason and common sense, and if we show the care and respect that will create here in the 21st Century a Great Society like none the world has ever seen.

Bonita, Gail and all the Mabo children and grandchildren, thank you for inviting me to your family celebration. Linda Burney and other elders here in Townsville, you know you have my respect.

In the Welcome to Country this evening, our acknowledgment that the Bindal and Wulgurukaba people have cared for this land on which we gather for longer than anyone really knows, we have the foundations for a brilliant future. The wonder of the human story here in this land for over sixty thousand years truly makes the eyes gleam. As a world-wanderer myself for almost 70 years I know that nothing comes close to the extraordinary human chain of life and history of the Aboriginal and Torres Strait Islander peoples.

Eddie Mabo understood that on Mer and across this beautiful country we have an unbroken human story reaching back to those I described in my writing many decades ago as the “Children of the First Sunrise”. The many distinct cultures and hundreds of different languages here have produced a national treasure of ancient knowledge of what it is to be here. Remember that in the natural world diversity is the secret of abundance, the source of strength and resilience. Each ancient language and knowledge system preserves many shades of human creativity and often a precise understanding of how to solve local problems with local knowledge.

Diversity is not something to be feared in our 21st Century Great Society because it is a crucial ingredient of our paradise. Say goodbye to racism because we are going to enjoy the deliciousness of difference. We will search for the common ground and the common good, not what divides us. We will look for the best in one another because here in the 21st century we have to make wise decisions that will affect the flow of life itself for thousands of years to come.

What will our Great Society look like later in the 21st Century? First, the ancient law expressing the sovereignty of the First Peoples of this land will be acknowledged as faithfully as our respect for any good and just law. Sovereignty as defined in the International Court of Justice in the 1975 West Sahara Case is the powerful ancestral connection between people and their lands and waters. It explains the universal yearning at the end of our lives to be returned to the dirt and the dust of our ancestors, or scattered on the oceans that they have travelled. This is a human longing that most of us understand in our hearts but which Australia denied for centuries through the fiction of terra nullius. Eddie Mabo shattered that legal conceit by explaining in eloquent terms what it is to be connected to nature in a certain place. As my sister, Rosalie Kunoth-Monks of Utopia, elaborates, it is to be held by the land, to nurture it for today and for all future generations.

Such voices of our First Peoples, brimming with wisdom, will be listened to and respected in our 21st Century Great Society. In the gateways to our biggest cities and smallest towns there will be Keeping Places for cultural knowledge and art. This is Australia’s unique national heritage shared generously with us all. The relentless assimilation policies of the past two centuries that sought to suffocate Indigenous languages and cultures will be abandoned as disastrous failures in an ancient multicultural land. Aboriginal and Torres Strait Islander people will not be subjected to legislation impacting their lands, languages and their lives without genuine cooperation to ensure that what is done through policy benefits the First Peoples. No more Northern Territory Interventions, no more discrimination. History shows, that when it comes to government interventions, so called consultation is not genuine and so our 21st Century Great Society will be marked by a new spirit of cooperation aimed at ending the poverty within this land and creating equality.

As we work together to improve the wellbeing of all of our children, of all of our people, the First People will have well established organisations at the local, regional and national level.

At the local, regional and national level, treaties will be forged to define the new cooperation, finish the ‘unfinished business’ of land rights and set right the wrongs of the past two centuries. The Uluru gathering in 2017 and hundreds of campfire conversations on sovereignty and treaty over many decades have always expressed the unequivocal desire of the First Peoples to forge legal agreements that are a binding expression of their ancient sovereignty that was never surrendered and a genuine pact on land rights. Native Title itself is still a central part of the unfinished business in this country. In the desert camps, the yarning on country and at city conferences that I have attended over many years, the First Peoples have always called for treaties among the tribes or First Nations, regional agreements building towards a collective unity and then an overarching Treaty or Makarrata legally ending the conflict of more than two centuries and defining the terms of a new future together.

There are careful choices to be made here at the start as we build a just foundation for our 21st Century Great Society. We must think deeply about whether a sovereign treaty between all of the First Peoples as a collective can be negotiated with the Commonwealth government which in the past has sought to block any attempt by the First Peoples to negotiate a Treaty with the colonising power, Britain. It is ironic that Australia freely negotiates treaties on whales and the ozone but we struggle to settle on an equally critical legal expression of the guaranteed place in this land of Aboriginal and Torres Strait Islander people.

We need to study very closely whether entry of the First Peoples into the Australian Constitution in any new form strengthens or weakens the First Peoples’ sovereignty in the international legal sense of the Vienna Convention on the Law of Treaties. Are domestic treaties made with Commonwealth, State and Territory governments expressing the full force of ancient sovereignty or merely agreements on how to do business? Here we see the limitation of words on paper and the great challenge of drafting laws or constitutional provisions that are truly just.
Here we come to the challenge of writing the words in our hearts and minds, so that legal agreements do not continue the Australian pattern of trust followed by treachery, of raising the hopes of many but then dashing them with ‘bucket loads of extinguishment’ like the Howard Government’s 10-point-plan that followed the Mabo decision 25 years ago.

The new legal agreements in our Great Society of the 21st Century will ensure that the bounty of this land and its waters is shared with those who have been held by the land since the dawn of time. The mineral wealth of these lands and waters will be used to fund the end of poverty and disadvantage, not for the accrual of astonishing wealth for an exploitative few.

Without discrimination against anyone over the colour of their skin, their age, gender or spiritual beliefs, we will build a belief in equality in the 21st Century based not on a mythical egalitarianism but on how we each live our values. Ending racial discrimination and achieving fundamental human rights for all can never be guaranteed by a constitution that is silent on these crucial values. Are we going to keep staring at a constitution that has anachronistic and discriminatory race powers and no protection of human rights or will we remove the stain of racism? The only unified path is to make the changes first through education.

In our 21st Century Great Society we will imbue all of our children with a sense of the longer time lines of history, the rich and complete story of the peoples of this land. We will also instil in our children a love of learning. Walking in Eddie Mabo’s footsteps we see his children like Gail sharing knowledge, life-skills and her artistic talents with so many Australians. We see Dr Chris Sarra and his wife, Dr Grace Sarra, two PHDs in the one family and the movement known as “Stronger Smarter” educating teachers everywhere to lift expectations for all of our children. We see the first Indigenous surgeon, the Worrimi man, Dr Kelvin Kong and his sisters, Marilyn and Marianne, all doctors, raised by their Aboriginal mother, the nurse Grace Kinsella, to believe that they can bring wellbeing to the human family. We see the art, music, dance and film that is the pride of this nation and the toast of the world, all through the magnificence of different forms of learning.

It was Eddie Koiki Mabo’s pride in culture, love of learning and recognition of the disadvantage faced by some children that led to the creation of the Indigenous school here in Townsville, one of the first in the nation, with just ten or so pupils in the beginning. This year, we see AIME, Australian Indigenous Mentoring Experience, celebrating 10,000 Indigenous kids in its program, 93 % of them completing Year 12 and 70 % of them going on to jobs, training or university. Led by that AIME-FOR-THE-SKY, Bundjalung man, Jack Manning Bancroft, the unstoppable young people of AIME rise on Eddie Mabo’s shoulders. We now see five thousand non-Indigenous university students mentoring Aboriginal and Torres Strait Islander kids, connecting them in their high schools to eighteen universities around this nation.

With Eddie Koiki Mabo’s passionate belief in education to inspire us some of us from AIME will scatter around the world over the next few weeks looking for ten young people from ten other cultures to unleash this home grown Australian mentoring for other young people. I will travel to South Africa knowing that the young Aboriginal and Torres Strait Islanders with me can bring that hopeful gleam in the eye to countless thousands of the world’s children still living on the margins.

This is the 21st Century Great Society where Australia’s First Peoples take your rightful place in the world.

To achieve the bright world, the Great Society, that Eddie Koiki Mabo could always see in his far-reaching vision, let us walk together with his indomitable spirit, with his sense of unity and always with relentless positivity.