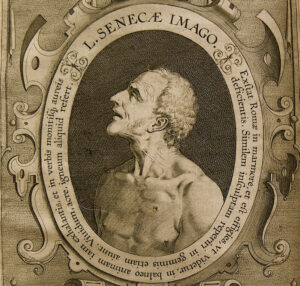 Procrastinating “is the biggest waste of life,” the Stoic philosopher Seneca wrote. “It snatches away each day…and denies us the present by promising the future.”

Want to stop wasting your life? Here are 8 Stoic tactics to beat procrastination.

Take it action by action

“Don’t let your imagination be crushed by life as a whole,” Marcus Aurelius wrote. Remember, he adds, everything is built action by action. As Zeno, the founder of Stoicism, put it, “Well-being is realized by small steps, but is truly no small thing.”

Cut out the inessential

It was Marcus Aurelius’ simple recipe for productivity and for happiness. “If you seek tranquility,” he said, “do less.” And then he clarifies. Not nothing, less. Do only what’s essential. “Which brings a double satisfaction: to do less, better.”

Create a sense of urgency

The Stoics believed the thought of our mortality should shadow us everywhere. “You could leave life right now,” Marcus Aurelius wrote. “Let that determine what you do and say and think.” It wasn’t to create panic, but priority, urgency, appreciation.

The ancient proverb is: “If you dwell with a lame man, you will learn how to limp.” We become like the people we spend the most time with. So it’s key, Epictetus said, “to keep company only with people who uplift you, whose presence calls forth your best.”

Get one small win

One of the best pieces of advice from Seneca was actually pretty simple.

“Each day,” he told Lucilius, you should “acquire something that will fortify you against poverty, against death, indeed against other misfortunes, as well.”

One gain per day. That’s it.

Focusing on outcomes is a good recipe for feeling overwhelmed and then procrastinating. Instead: “Concentrate every minute,” Marcus Aurelius wrote, “on doing what’s in front of you with precise and genuine seriousness, tenderly, willingly, with justice.”

Demand the best of yourself

The Stoics come down hard on procrastinating. “Putting things off and always deferring the day after which you will attend to yourself,” Epictetus said, “you will live and die as someone quite ordinary.” Stop deferring. Demand the best of yourself.
Ready to demand more of yourself? Join us in the 2022 Daily Stoic New Year, New You Challenge!

It’s a set of 21 actionable challenges—presented one per day—built around the best, most timeless wisdom in Stoic philosophy.