new writers & contributors welcome,
please contact us with your submission
no new content for a few days,
site is being migrated
Want to have a say?
Send us a letter for publication
Tasmanian roads –
latest alerts & reports
Tasmanian weather
forecasts and warnings
Donate to Tasmanian Times –
BSB: 807009 Acc: 60178142 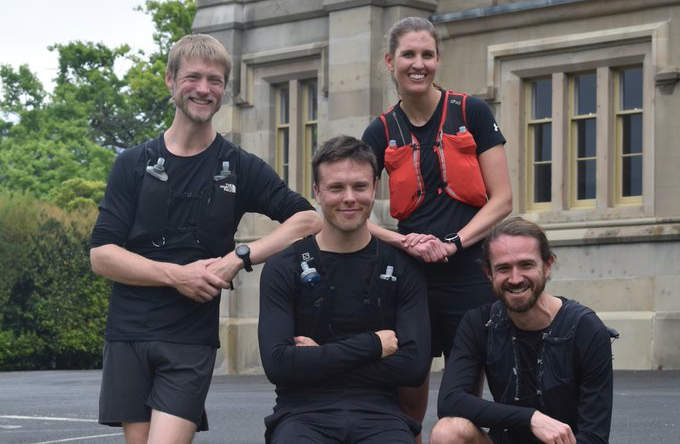 Four University of Tasmania researchers will down tools and don runners in December in a bid to raise awareness and funds for dementia research.

The 480-kilometre trail from Devonport to Dover will see each researcher tackle a 25-kilometre stretch of the trail each day, stopping off at designated regional population centres to promote health and wellbeing factors recognised at reducing dementia risk.

It is the first time a supported team has attempted to relay race the Tasmanian Trail, according to Post-doctoral Research Fellow and keen trail runner Eddy Hill.

“While all of the team are passionate about neuroscience, we’re also experienced trail runners and so we thought why not combine both pursuits and raise awareness and funds for dementia research in Tasmania,” he said.

“Run for the Island is helping to support the Island Project which is run by the University’s Wicking Dementia Research and Education Centre.

“The Island Project involves a range of studies which will help increase our understanding of who is at most risk of dementia and how we can self-manage risk behaviours to build resilience to dementia.”

“Dementia is a devastating syndrome and a leading cause of death in Australia, with no known cure,” Wicking Dementia Research and Education Centre Director Professor James Vickers said.

“Tasmanians are at a greater risk of dementia due to our relatively older and ageing population.

“However, dementia risk is modifiable, and the Island Project is helping to reduce dementia risk in the community with the world’s largest public health campaign.

“Run for the Island is aiming to raise $25,000, which will further support the crucial research being undertaken in the Island Project. The success of studies such as the Island Project are vital for understanding potential causes and prevention strategies.

“We’re hoping to get support from Tasmanian businesses, organisations and individuals to assist in funding additional avenues of research.”

The team will begin the run in Devonport on 18 December, finishing the trail on 22 December with people able to track their journey via GPS and live updates.

For more information on the run, runners, the Island Project or to make a donation visit Run for the Island at https://island.mooc.utas.edu.au/Run