Donate to Tasmanian Times –
BSB: 807009 Acc: 60178142
Tasmanian roads –
latest alerts & reports
Want to have a say?
Send us a letter for publication
Tasmanian weather
forecasts and warnings
no new content for a few days,
site is being migrated
new writers & contributors welcome,
please contact us with your submission 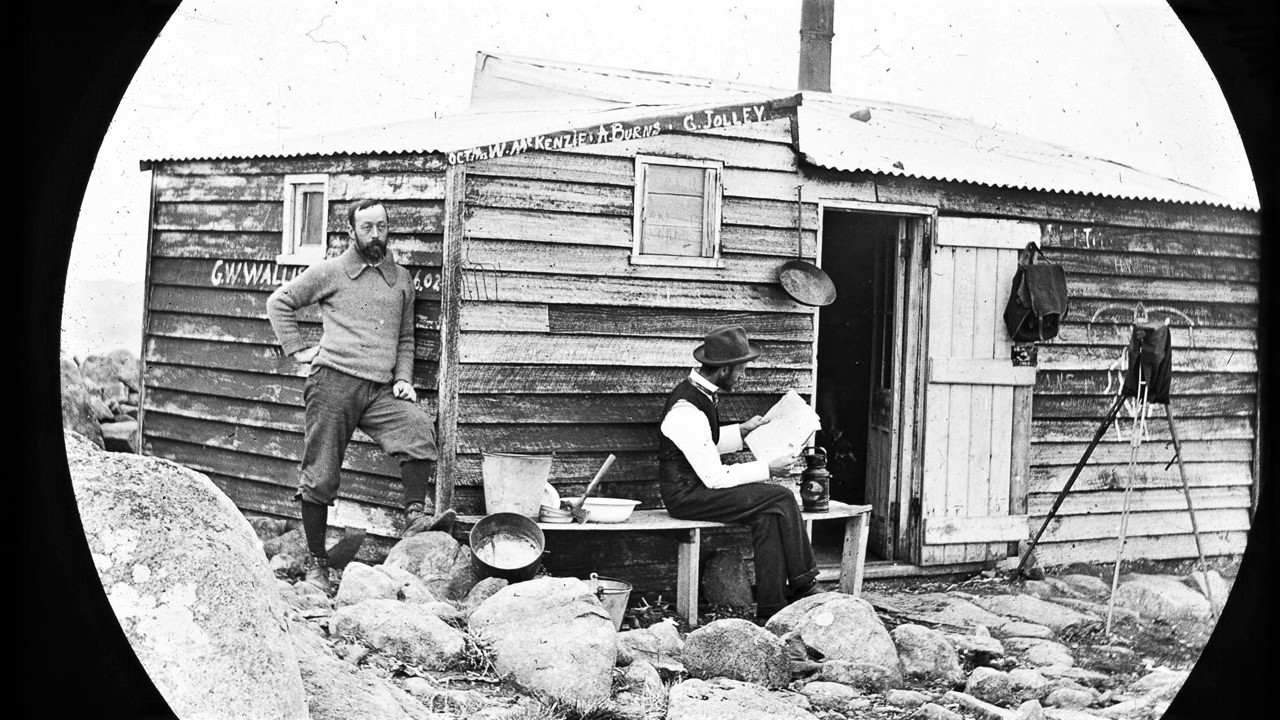 The undated photograph above shows the sleeping hut for Clement Wragge’s meteorological observatory.

Located on the summit of kunanyi / Mount Wellington, it was built in 1895.

There was no road to the summit at the time, so local meteorologists Arthur Wherrett and Henry Kingsmill (both of whom appear in the photograph) had to trudge up the mountain on foot.

They slept in this hut while making observations.

The hut and observatory burned down in 1909. Their remains still exist today.

Clement Wragge was a noted meteorologist who lived between 1852 and 1922.