Want to have a say?
Send us a letter for publication
Tasmanian roads –
latest alerts & reports
new writers & contributors welcome,
please contact us with your submission
Tasmanian weather
forecasts and warnings
no new content for a few days,
site is being migrated
Donate to Tasmanian Times –
BSB: 807009 Acc: 60178142 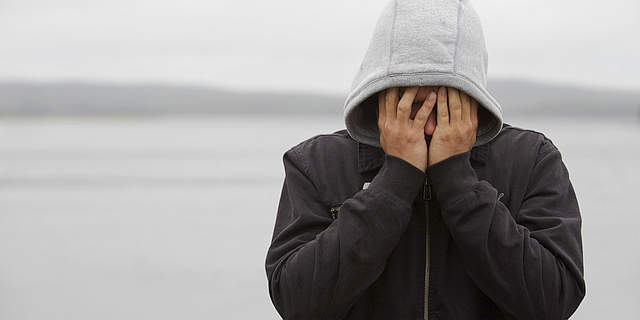 In an embarrassing back down by a Tasmanian Minister who has broken the law to advantage a Chinese state-owned miner. Bob Brown Foundation has called for Minister Barnett to resign.

“Following due consideration, I was not empowered to make the decision. In consequence, there has been no valid grant of that lease”.

MMG sought the lease over Helilog Road in southern takayna/Tarkine in April 2021. The area followed a narrow strip along five kilometres of Helilog Road and included beekeeping sites, the Forest Walk tourist site, the site of the Bob Brown Foundation’s protest camp from December 2020, and access to MMG’s proposed heavy metals tailings dam.

To be eligible for a mine lease under Tasmanian law, an applicant must demonstrate a mineable body of ore and a mining plan. The BBF asserted that neither existed in this case and that the lease was sought to deny public access to the 5km of Helilog Road leading to MMG’s project site.

“This was an attempt to shut down public protest and to lock the community out of an area that MMG and the Minister did not want them seeing, and without our intervention, this illegal lease would have done just that”, said Bob Brown Foundation takayna/Tarkine Campaigner Scott Jordan.

“What discussions occurred between the Minister, Mineral Resources Tasmania, and MMG to facilitate the granting of a mine lease that didn’t meet the most basic eligibility requirement? Who knew? When did they know? And will anyone take any responsibility? If Minister Barnett will not resign, then the Premier should sack him,” concluded Mr Jordan.

A copy of the letter from Minister Barnett is below: 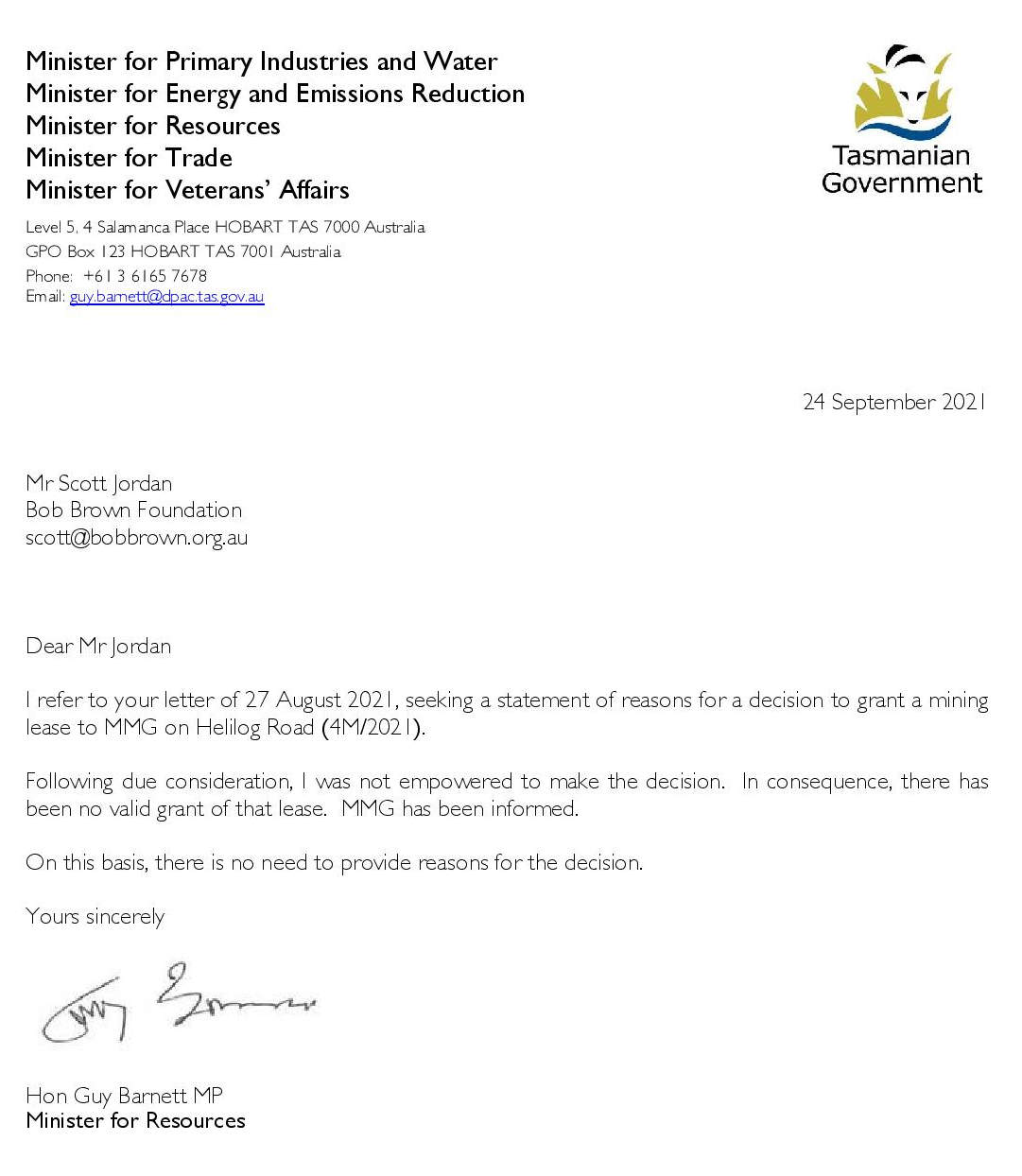 Barnett continues to let industry down

Minister for Resources Guy Barnett continues to let down Tasmania’s key industries and demonstrate that he is not up to the job.

“In recent weeks we have seen Minster Barnett fail to back his previous wood supply guarantees, backflip on his “no more forest lockups” promises, adopt the Greens’ salmon policy and today it has been revealed that he acted beyond his Ministerial powers,” Dr Broad said.

“Tasmania’s resource sector is vital to the state’s economy and needs a Minister that is up to the job, not one that is incompetent.”