new writers & contributors welcome,
please contact us with your submission
no new content for a few days,
site is being migrated
Tasmanian roads –
latest alerts & reports
Donate to Tasmanian Times –
BSB: 807009 Acc: 60178142
Tasmanian weather
forecasts and warnings
Want to have a say?
Send us a letter for publication 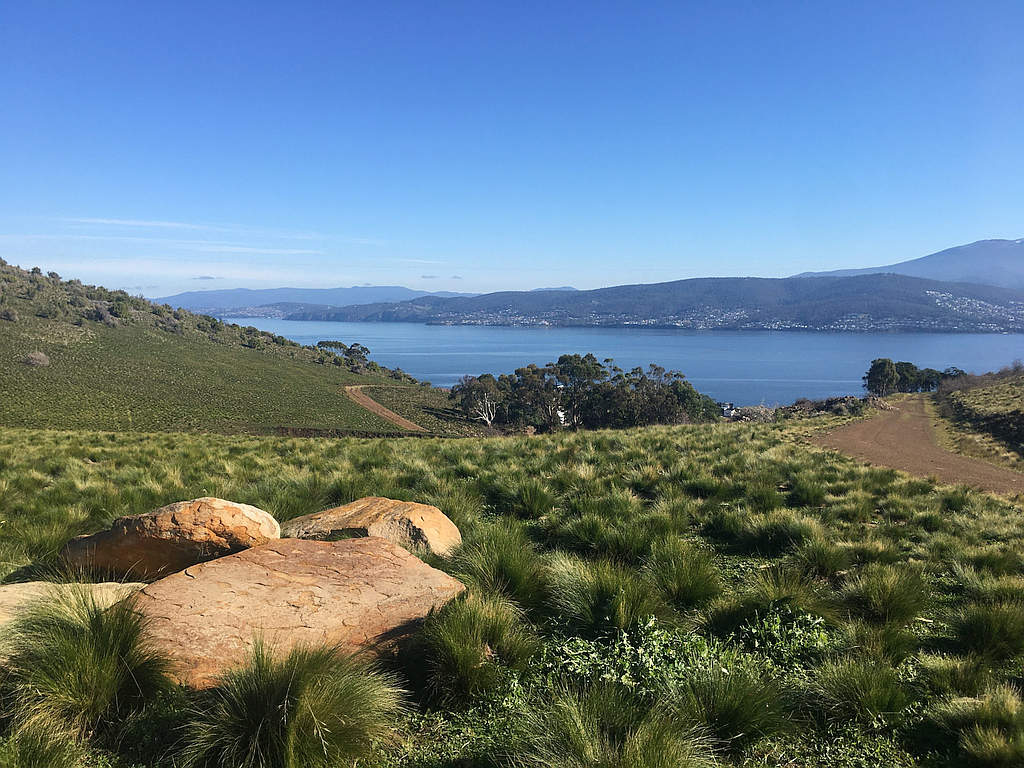 Two decades past I was the only person to make a representation with the first development application for the Carr land along Droughty Point.

My motivation was to see a walking trail along the hills from Bellerive to Droughty Point, which I called the Sky Walk, which had been featured in a 1996 news story (included at bottom of article).

Over time parts of the Sky Walk were extended with development approvals, and the theme picked up by the Clarence City Council as part of a walking trail network (map below).

That development did not proceed.

My heart-felt suggestion to the developer is to revisit the Sky Walk, which appears to be reflected in the name of the subdivision, and consider the quality of life, the natural environment, and the range of animals, birds and insects in the hills.

It is one thing to build highways for endless traffic, but it is our responsibility to maintain land links in the urban environment for wildlife.

When the South Arm Highway cut through between Mornington and Howrah, no consideration was given to a land bridge for animals.

Will the council and the Tasmanian Government, with Federal Government support, build that land bridge now, the like of which can be seen along the highway into Brisbane?

Will the council work to create an animal land bridge between the Howrah Hills and Rokeby Hills, again cut by the South Arm Highway?

Anyone can build a house, but it takes a lot of heart to rebuild an environment, which will need to include the return of trees in a reserve along the skyline of Droughty Point, to the shore and along the coastline.

In an age when the world is screaming out for trees in the climate emergency, it will be irresponsible to neglect this necessity of modern urban planning.

Creating a higher quality environment, where residents have the liberty of walking the skyline, and along the shoreline and beaches, will make the Skylands proposal so much more appealing for new residents, the existing community, and the whole of greater Hobart. Kim Peart is a long-time resident of Ross, a writer, a keen aficionado of Second Life, and the founder of Space Pioneers.