no new content for a few days,
site is being migrated
Donate to Tasmanian Times –
BSB: 807009 Acc: 60178142
Tasmanian roads –
latest alerts & reports
new writers & contributors welcome,
please contact us with your submission
Tasmanian weather
forecasts and warnings
Want to have a say?
Send us a letter for publication 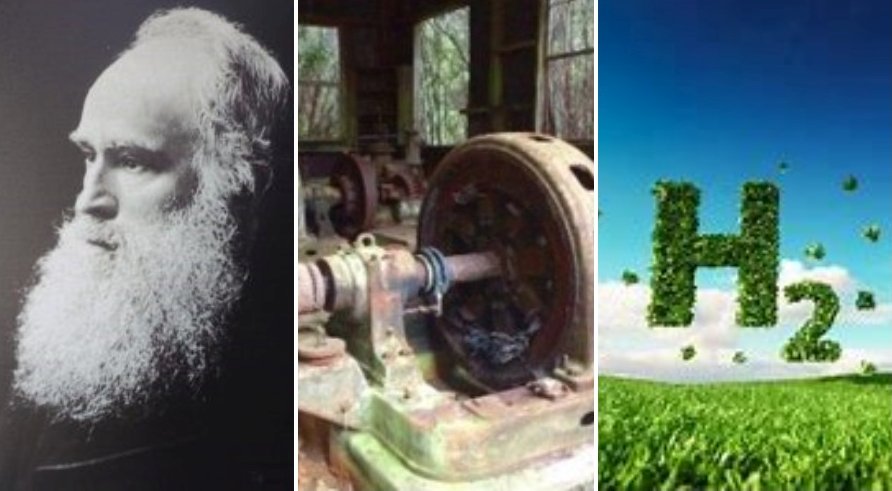 With the ongoing dialogue about climate change and the need for Australia to proceed rapidly to a renewable future and away from the fossil fuel age here is an amazing solution in a unique part of Tasmania. But first a little bit of history

The history of Waratah holds a preeminent position in Tasmania. In 1871 James ‘Philosopher’ Smith discovered tin at the Mt Bischoff site and the mine established in 1881.

This discovery heralded the opening of western Tasmania as a mineral province and the operations at Queenstown, Zeehan, Rosebery, Hellyer, and the rest of the west coast followed. An economic dawning for a state built on convicts, farming, and the extermination of the indigenous inhabitants. It effectively prevented the annexure of Tasmania to Victoria which had been mooted due the dire financial situation the state was in post the convict era.

During the time of its operation the Bischoff tin mine produced some 62,000 tons, enabled the formation of the town and employed 2000 personnel, and was the richest tin mine in the world. The initial Bischoff mining operations were powered by numerous water wheels to drive the ore crushing stamper mills.

In 1883 the mine became the first industrial plant in Australia to be lit by electric light and two years later provided illumination to the mine offices, mine manager’s house, the St James Church and the first street lighting in Australia. In 1907 the Bischoff Powerhouse (the second hydro station in Tasmania after Duck Reach in Launceston) was constructed on the Waratah River below the Ringtail Falls and operated until the 1950’s. This was a remarkable development and inexorably connected to the simultaneously constructed Waratah Reservoir. Without the Reservoir there would have been no Powerhouse.

The renewable history is substantive and arguably second to none to anywhere in Australia. Green hydrogen is produced by electrolysing water with renewable energy.

So, what about the future?

As described above the entirety of the spirit of Waratah is based on the foundations of Philosopher, Bischoff, Hydro, Powerhouse, and the Dam.

So… let us build the future, the Renewable Waratah Hub, on those very important and substantive foundations and the next level of renewable energy – Green Hydrogen.

The first and major step is for the state government to ensure the proposed decommissioning of the dam by TasWater is prevented and the Waratah Reservoir wall is reinstated, and the water level raised back to the original.

This was the proposal put forward by Shaw Contracting in response to the EOI but rejected by TasWater.

The Shaw proposal went further than just a dam wall rebuild. It would enable the following to occur, much of which could be done by local contractors.

This will require physical creation/renewal of dam sites, water races, sluice valves and other elements to ensure ongoing and sustainable water flows during drier months/seasons.

Install a Penstock Dam at the base of the Waratah Falls to allow controlled flow to the north and east towards an historic generator(s) aka the original power sourcing.

Build a water pipeline and parallel walking track from the Penstock, and if needed a header dam to a 0.5 MW located at the Old Powerhouse.

This by itself would make Waratah a carbon positive region.

But then comes the second proponent who has approached TasWater about the use of the Waratah Reservoir,

The proponent (West Coast Renewable Pty Ltd) has held dialogue with many associates including Steve Kons the Burnie Mayor who wrote a letter to the West Coast Council discussed at their meeting on 23 February. Minimal comment on the audio recording, with planned dialogue with the Coordinator General and Mayor Kons next week?

They are establishing the Advance West-NorthWest Alliance to enable an understanding of the interest of local businesses and organizations in the area for the view to long term economic and employment benefits.

The WCR proposal is based on their experience at building the Granville Harbour Windfarm and their desire to develop a similar feature at Whaleback Ridge Robbins Island Wind Farm Proposal Destructive: says Garland (tasmaniantimes.com) and placing an electrolyser to manufacture green hydrogen using water which could come from a reinvigorated Waratah Reservoir and associated water feeders as per the Shaw proposal. This concept, in its entirety, should be manna from heaven for a state government who is seeking to extend its renewable credentials, and must seriously be fully supported, with the assistance of the Federal Government.

So what should be the process going forward?

A possible way forward is outlined below:-

In perhaps five years time – Waratah, a pre-eminent example of a renewal hub in Australia, not just Tasmania!