Donate to Tasmanian Times –
BSB: 807009 Acc: 60178142
Want to have a say?
Send us a letter for publication
Tasmanian roads –
latest alerts & reports
Tasmanian weather
forecasts and warnings
new writers & contributors welcome,
please contact us with your submission
no new content for a few days,
site is being migrated 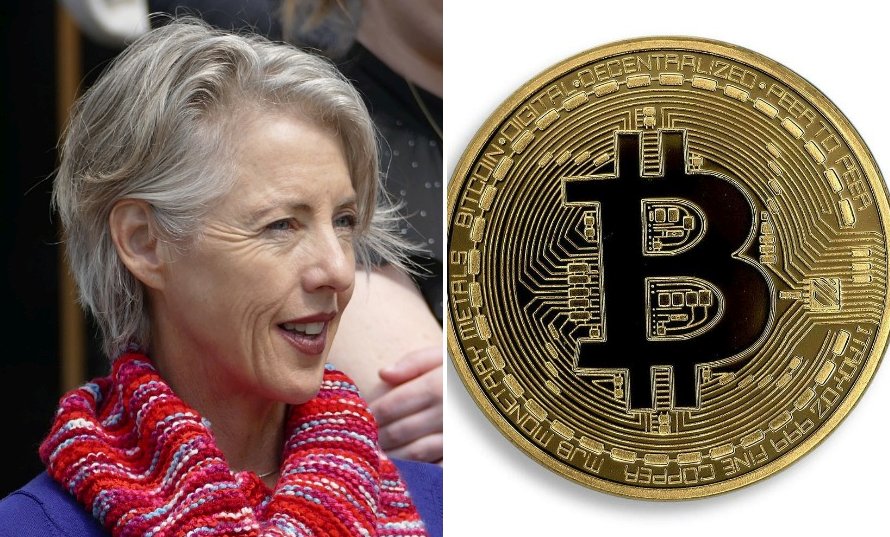 I know, it’s tempting isn’t it?

But jokes aside, this week TT received an invitation from the Agricultural Society to their special event. 200 big ones, yo. They’re so excited they’ve even got it in their logo/header.

The Royal Agricultural Society of Tasmania (RAST) this week marks a most significant date in its foundation in Hobart nearly 200 years ago.

Tomorrow, December 3, will be 200 years to the day that Tasmanians came together in Hobart Town to consider forming an agricultural society. Marking the occasion, Board members of the RAST will gather in the Hobart hotel where it all began on December 3, 1821.

As if there were any doubt – spoiler, there isn’t! – they even provided a press clipping from the Hobart Town Gazette dated December 1821.

Betcha they double dip next year and claim the ole two-zero-zero again.

Senator Eric Abetz, yes him again, was on the flog with a motion in the Senate “commemorating the 25th anniversary of Israeli Prime Minister Yitzhak Rabin’s assassination at an anti-violence rally while supporting the Oslo peace process.”

The motion noted “Yitzhak Rabin promoted peace and co-existence in a turbulent time and region” and Rabin’s role in the Israel-Jordan Peace Treaty and the Oslo Peace Accords, “for which he was awarded the Nobel Peace Prize.”

Arafat died in 2004, so the Senator still has a few years to get ready for his 25th anniversary Senate motion.

Perhaps in that speech he might note that in the years since Arafat’s death, theories regarding the true cause of his demise have abounded, many holding Israel responsible.

In November 2013, researchers in Switzerland released a report revealing that tests conducted on Arafat’s remains and some of his belongings support the theory that the late Egyptian leader was poisoned. Evidence from the report suggests that radioactive polonium—a highly toxic substance—had been used. You know how Paris, Texas, is a bit different from Paris, France? Perhaps we need to be on the case of Salamanca, Vietnam.

Keen-eyed Mathew Sharp spotted these packets of fish fillets in a W*******s supermarket in Sydney.

Basa, according to Wikipedia, is another name for the Irawaddy shark catfish. “Pangasius does not have a gourmet reputation and is sold cheaply as swai (pronounced /swaɪ/) in the United States, panga (or pangas) in Europe and cream dory and basa in several Asian countries.”

The interesting thing is the branding ‘Salamanca Seafood Company’ with a line drawing of what is clearly our own Salamanca.

Presumably, this brand wants to trade of the appeal of the popular and well-known Salamanca Market and indeed Tasmania’s long history as a supplier of quality food.

The fish, however, are clearly from Vietnam. The reverse side of the label says: And even the ‘Packed in Australia’ bit would seem to be taking place in New South Wales, not in Tasmania.

But guess what. These people might think they are clever, but they haven’t actually registered the name Salamanca Seafood Company. A search via the ASIC site show that that name is available.

So are there any Tasmanian patriots out there who are going to do the right thing and seize our heritage back?! Many thanks to Mathew Sharp for this lead and the two fish images.

“The Tasmanian Government needs to issue an immediate warning to Tasmanians who are thinking of purchasing Bitcoin.

The digital currency has rallied at phenomenal speed on the global market, surging past US$17,000, despite having no intrinsic value. While investors and speculators are pouring money into Bitcoin in the hope of getting rich, the current bonanza cannot last.”

As of today, 1 Bitcoin is worth US$19,328. In other words, that’s about a 13.7% in the period in which she said the sky was going to fall. Oh yes, there have been some up and downs, most notably this year when BC took a coronavirus-linked hit just like all major investment classes.

“Bitcoin isn’t widely accepted as a currency and no government stands behind it. It is not even physically attractive, as paintings, gold and tulips are. As of today, the sole legitimate reason to buy bitcoin is to sell it later for a higher price.”

While investing in Bitcoin (or other cryptocurrencies) may not be for everybody, it’s been around long enough that it’s really just part of the financial furniture.

We are writing with the benefit of hindsight here, but it’s available to all. Perhaps Rosalie Woodruff would like to update her stance and admit that, at least on this one, she got it wrong. And that tulip investing is not really a thing either.

Hobart Councillor Simon Behrakis posted the following on his Facebook page on 2 December:

Another sign of the hostility of the Greens and fellow travellers on Council to viewpoints they don’t agree with.
Anna Reynolds has made an Orwellian call to action to attempt to drown out concerns and alternative commentary on the MidTown Redevelopment. This is very strange from Behrakis. What’s he ‘caught’ Reynolds doing is putting a call out to her supporters to speak up for an initiative she believes in. This is pretty much the definition of politics. Exactly why he’s against it is unclear.

As a protege of Eric Abetz, he likes throwing around the word Orwellian. Let’s see what the Senator has had to say:
Quote: “That is why it is my view it should have been called the Australian Industrial Relations Commission, rather than this Orwellian name of the Fair Work Commission.”
Date: 9 April 2014.
Source: https://www.smh.com.au/politics/federal/eric-abetz–hints-at-fair-work-commission-name-change-20140409-zqsil.html

But Orwellian names like Border Force, or business subsidy schemes named JobKeeper, brought in by his government, are okay? Or how about a government forestry business, like say Forestry Tasmania, changing its name to Sustainable Timber Tasmania when its major product is not sustainable timber?

Remember Eric, you were part of the Howard government that labelled the most anti-worker legislation in modern Australian history ‘Work Choices’.

Quote: Tasmanian senator Eric Abetz invoked George Orwell, an analogy about dead fish, and the trauma suffered by “no” voters as they were forced to pass by rainbow flags advocating a “yes” vote during an all-stops speech that will likely be one of his last stands against same-sex marriage in the parliament
Date: 27 November 2017.
Link: https://www.buzzfeed.com/lanesainty/its-only-dead-fish-that-go-with-the-flow

On freedom – like for example the freedom to marry the person of your choice – yeah, the spoiler is that Orwell was very much in favour of that.

Quote: “In an exercise of Orwellian proportions, these sports stars were targeted for exclusion in the name of inclusion and discriminated against in the name of tolerance. You don’t have to agree with Izzy to agree with his right to express his religious views or his wife’s right to back him.”
Date: July 2nd, 2019.
Source: https://www.aph.gov.au/Parliamentary_Business/Hansard/Hansard_Display?bid=chamber/hansards/a202374b-d880-4e8a-8342-9c78f73c4014/&sid=0089

Israel Folau’s decision to be a homophobic dickhead in public was his own, freely made…why do you hate freedom, Senator?

Orwellian for these people has become some kind of totemic scare word. Wave it around and any kind of progressive policy position magically, they incant under their breath, becomes tainted with Big Brother overtomes.

It’s a shameless trivialising of the themes Orwell actually wrote about. Like the surveillance apparatus of a police state, and enforced compliance to it.

Or it might be the recently introduced new laws which will dramatically increase the power of national security agencies. Yes, Peter Dutton is at it again, encroaching ever further on just about every kind of civil liberty.

So come on Behrakibetz, how about you call out something that actually is Orwellian? For once.

In the lead up to the Womens AFL season, Tasmanian Times contacted North Melbourne Football Club about their plans for the women’s team in Tasmania.

After one initial response, we then sought further information and an opportunity to cover the team.

Seven times NMFC did not respond.

Specifically, we did not receive a reply from Karla Zanardo who calls herself Communications Strategy Manager at the club.

As you probably know, journalism is hard work. Trying to put together stories when people whose job it is to provide information won’t do their job is extra hard work.

Well the season went as it did, and we covered not a minute of it.

During the off-season, we thought we’d get in touch with them again to see what went wrong.

“What’s wrong with you?” we asked.

“I’m not really sure that email was warranted, nor do I appreciate that,” said the Zanardo, having now decided that we were worth speaking to.

“We’ve been waiting 8 months for a reply. That’s what we would call ‘unwarranted’ treatment from a so-called professional who is supposed to be presenting NMFC in a positive light.”

We made a complaint about her behaviour to the club, pointing to the fact that it is her job to facilitate media engagement with the club, and in our case had not done so despite being politely asked, repeatedly, over a period of time.

We assumed it would be dealt with by the human resources section, or the general manager, or indeed by anyone with competence and responsibility.

No, no, the blue and white numpties at North Melbourne decided that they would forward it to Zanardo itself for action.

We then received a somewhat abusive phone call from Ms Zanardo, who apparently thinks that being cranky by phone as well by email is good PR. It’s all about the strategy, yeah.

Same strategy that has seen the Shinboners without a premiership for over two decades (men) and never (women)? That’s it!

join in the chorus

join in the chorus