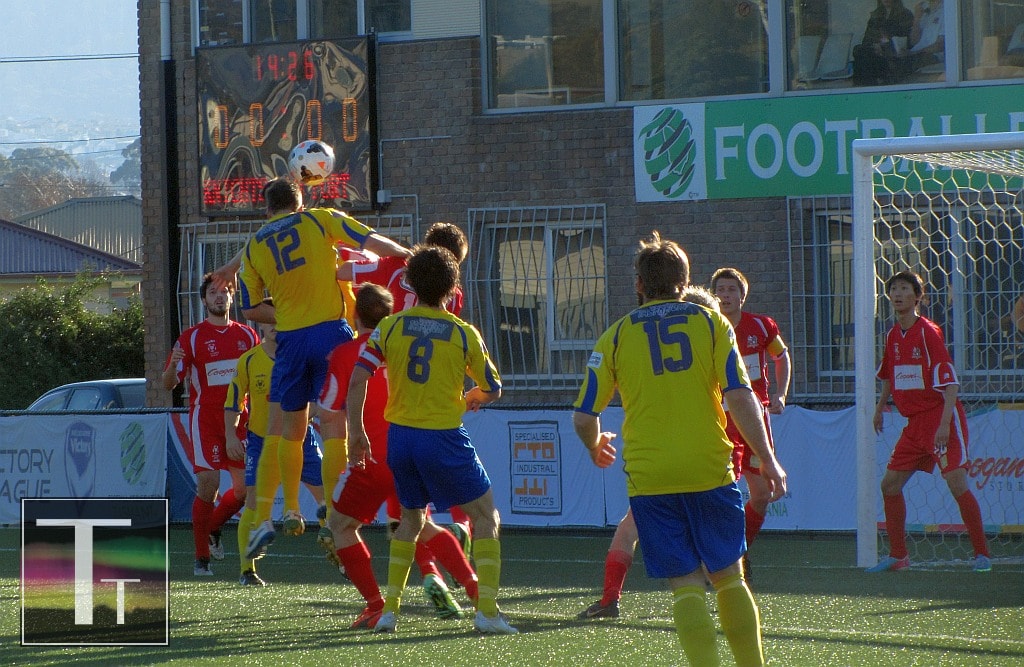 In 2013 the Tasmanian state league re-commenced for the first time since 1999.

Between 2013 and 2015 it was known as the Victory League, after Football Tasmania acquired a sponsorship deal with Melbourne Victory, before changing the name in 2016 to National Premier Leagues Tasmania (NPL), in line with similarly named state-wide leagues across Australia.

There are currently eight teams in the NPL: one in the north-west of the state (Devonport Strikers), two in Launceston (Launceston City and Riverside Olympic) and five teams based in and around Hobart (South Hobart, Clarence Zebras*, Olympia Warriors, Glenorchy Knights and Kingborough Lions).

Since the re-commencement of the state league, the reserve squads of Hobart teams played in the Challenge League, with the aim of developing young players whose ambition was to play in the state league. 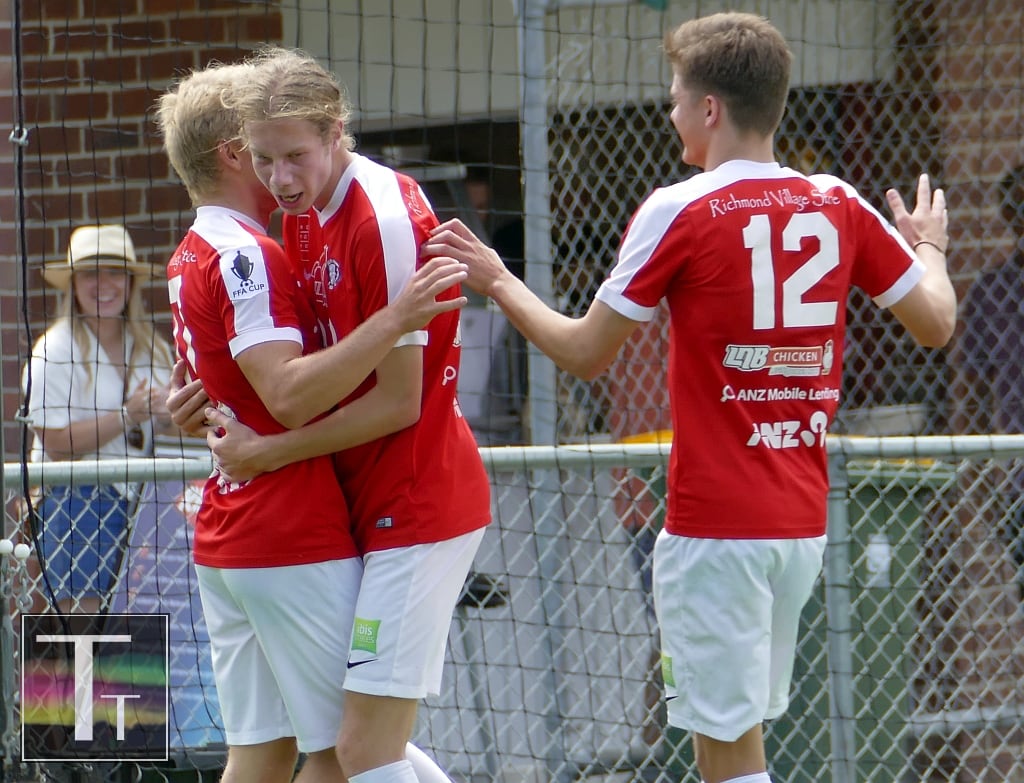 However, for South Hobart Football Club President Victoria Morton, the Challenge League was not sufficient for the development of players at her club.

“For a few seasons now it became obvious that ‘the reserves’ competition for NPL clubs in the south of the state was not meaningful,” Victoria Morton said.

Having won the NPL three times since 2013, South Hobart believed that the Challenge League was stagnating the growth of their players.

“With only 5 teams in the NPL in the South [of the state] it did not provide opportunities for some of Tasmania’s best young players to progress,” she said.

The CEO of Tassie Football Central Matthew Rhodes agrees with Victoria Morton, acknowledging that “the Challenge league was in obvious trouble and needed revamping”.

Matthew Rhodes believes that the best option for the second-string NPL squads is a state-wide reserves league. Victoria Morton also shares these sentiments.

“The club consulted internally with our players, coaching staff and Board and they would have preferred a state-wide underpinning League which travelled independently of the NPL but preceded the NPL game,” Morton said.

Victoria Morton was also part of the competition review process that Football Tasmania conducted during the 2019 season to assess league structures in the short to medium-term. “We met several times and were given the opportunity to give feedback,” she said.

The reaction amongst the Hobart football community over these changes could be described as at best as mixed, at worst largely negative.

Rowan Dix is president of University Soccer Club. Affiliated with the University of Tasmania and based in the Hobart suburb of Mount Nelson, the club play in the Southern Championship.

In addition, he works as a social commissioner at Football Tasmania, a role where he organises, rosters and advises the organisation regarding the non-elite, social football leagues that operate in Hobart.

Despite his position at Football Tasmania, Dix described his reaction to the changes as being “mostly disappointed and apprehensive”.
“There’s a sense that having some clubs’ senior sides playing against other clubs’ reserve sides is a bit demeaning for those senior sides, and diminishes the meaning and status of that competition,” he says.

For Dix, one of his concerns is that that player recruitment could be affected by the new league structure.

“Why be a senior University player, when you could be a reserve player for an NPL club and competing at exactly the same level?” 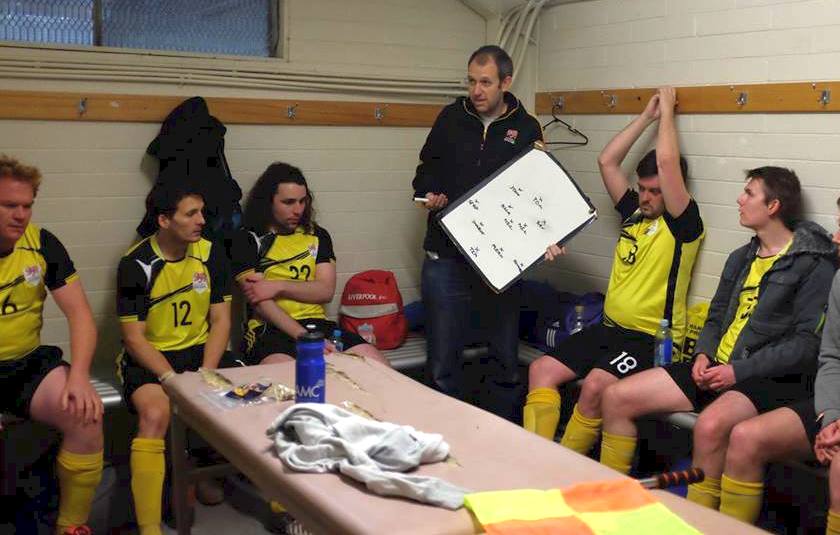 From Football Tasmania’s point of view, Rowan Dix states that from his understanding there were three factors that influenced the decision to change the Southern Champion structure.

Firstly there was “the need to have a full senior and reserves structure for Tasmania’s elite competition (NPL), in order to have full credibility and be taken seriously at national level”. A southern-only Challenge League wasn’t fulfilling that purpose, he believed.

Secondly, he says there is a “need and desire for southern NPL clubs to maximise club spirit and revenue by having ‘club days’, in which their two or three elite squads all play at home on the same day”.

Finally, Dix notes that there was “a sense that Challenge League didn’t provide the optimal high-quality development pathway for young players, and we needed to move towards a NPL reserves”.

According to him, Football Tasmania’s short to medium-term goals are to establish a state-wide NPL reserves league, but his understanding is that the reason it has not been implemented is because “northern NPL clubs resisted the suggestion of an immediate NPL reserves league”.

“I think most Championship clubs preferred the previous model, and would’ve preferred to see a state-wide NPL reserves league established immediately, leaving the Championship untouched,” Dix says. “But I think Southern Championship clubs also recognised that Football Tasmania had to make some difficult decisions about overall growth and sustainability of the game in Tasmania, and that required some compromise.”

Regardless of some backlash from the wider football community, Football Tasmania has remained committed to their plans for 2020.

With the 2020 rosters released and pre-season preparations completed, the thirteen clubs competing in the new look Southern Championship were ready to go.

Then, on night before the opening round of matches, Football Tasmania delivered a shock announcement.

On the evening of the 6 March 2020, Football Tasmania announced that Southern Championship side Nelson United Eastern Suburbs were withdrawing from the competition.

Despite this, the round of matches for that weekend still went ahead as planned. However, after the opening weekend, the entire season was postponed due to the COVID-19 outbreak.

At the time of writing, the majority of teams have returned to training, albeit with strict regulations, and Football Tasmania are hoping to resume competitive games in mid-July at this stage.

Regardless of what happens with the 2020 season though, there is still the matter of how the controversial changes to the Southern Championship will pan out in the 2021 season and beyond.

“I believe that in the short term it will work,” Rhodes said. “But in the long term we must have a NPL statewide reserve competition. It is a must.”

Dix agrees with Rhodes. “I think all Southern Championship clubs strongly believe the current structure should be a transitional stepping-stone to a state-wide NPL reserves in a few years’ time,” he says.

Simon McGuire is a recent University of Tasmania graduate, having obtained a Master of Journalism, Media and Communications. His work has been featured on radio and in print in Tasmania.

*Clarence Zebras are actually yet to compete, as the club is an amalgamation of the Hobart Zebras and Clarence FC which competed as separate entities in 2019. 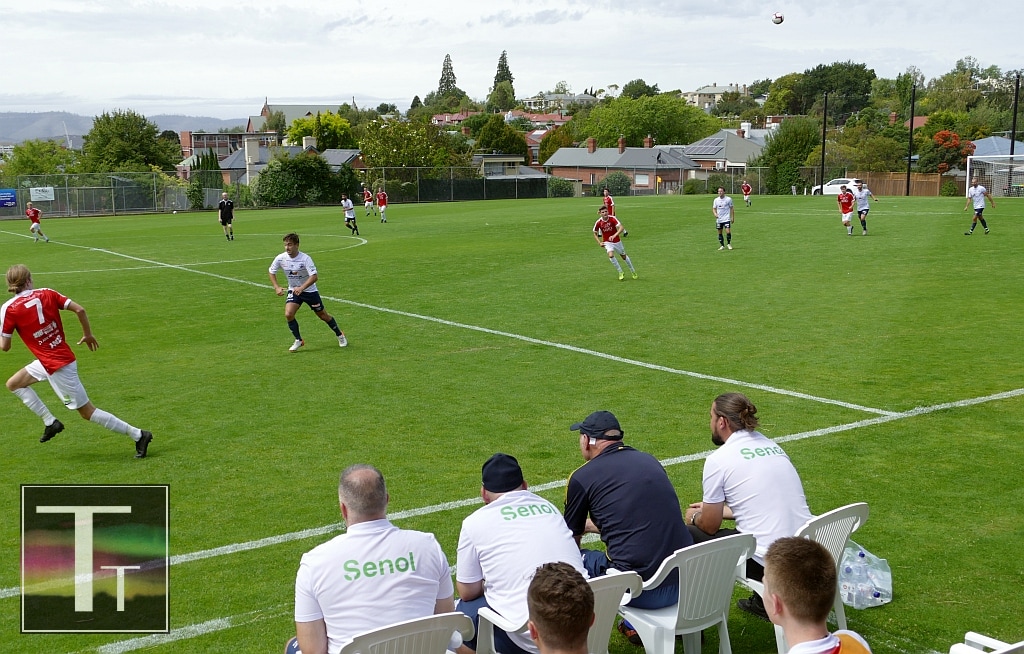