Community consultation has opened on concept designs for the final projects to be delivered under the Midland Highway 10 Year Action Plan.

A survey released in October last year by the RACT indicated that their members considered the Midland Highway the second-worst major road in Tasmania after the Tasman Highway. RACT acting group chief executive Stacey Pennicott said for the first time in many years the Midland Highway had not taken out the top spot.

Since the survey was done, works have progressed significantly on the Perth Links Roads Project.

“This is a vital road network and freight corridor, and these major upgrades will provide a safer and more pleasant driving experience for locals, tourists and freight operators, as well as reduce travel times,” said Michael Ferguson, Minister for Infrastructure and Transport.

Tasmanians are invited to provide feedback on concept designs for projects at Powranna Road to South of Symmons Plains, Campbell Town North, Ross, Tunbridge, and Oatlands. Feedback can be provided online through an interactive map and will help inform key design decisions, including the locations of turn facilities, and overtaking lanes.

The Oatlands project covers approximately 17 kilometres of the Midland Highway from south of the Old Mill Road junction near Jericho to north of High Street, Oatlands.

The Ross project stretches about 14 kilometres from Mona Vale Road to Campbell Town.

The Powranna Road to south of Symmons Plains covers approximately two kilometres of the highway.

To date, 16 projects have been completed and four projects are currently under construction.

Consultation opened today, Monday 1 June, and will close at 5 pm on Friday 12 June. You can view more information about the upgrades and have your say at https://www.midlandhighway.tas.gov.au. 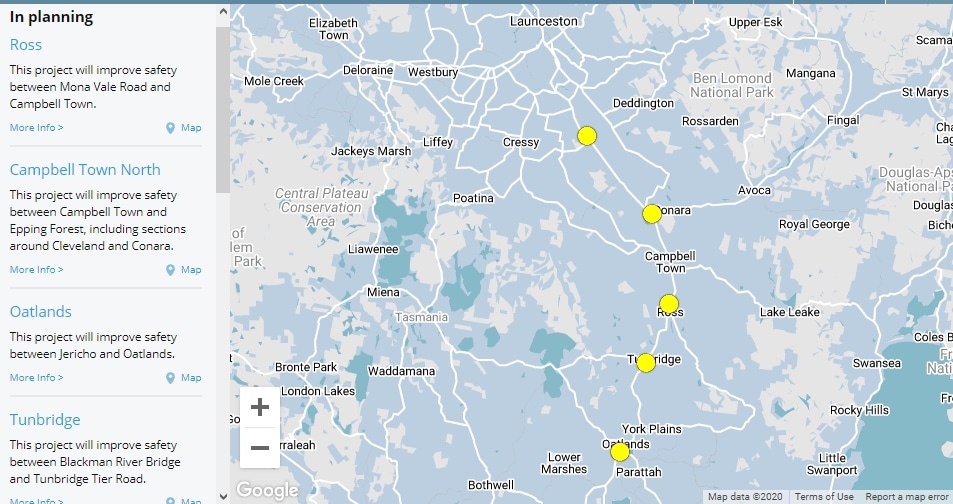