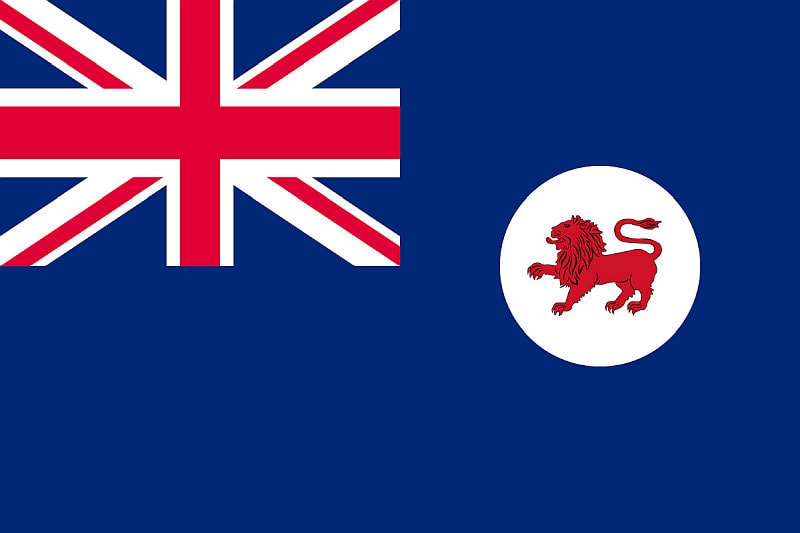 The current state flag of Tasmania was adopted officially in 1876. One hopes that as its 150th birthday comes around in a few years, we can thank it for its service, lay it to rest, and adopt a new flag that better represents the state and its people.

Like the Australian (and indeed New Zealand) national flag, and the flags of other Australian states, the Tasmanian flag is a defaced British Blue Ensign. The state badge, located in the fly, is a red lion on a white background.

Lions have nothing to do with Tasmania, and our research suggests that there was no particular reason for putting it there other than a link with England and its heraldry. Lions appear on the flags of Spain, Fiji, Bermuda, Sri Lanka and Jersey just to name a few, so it’s hardly a distinctive feature.

And the Tasmania that we know and love is quite a distinct place. There is so much in the flora, fauna, geography and history that would be more deserving of recognition on the ultimate symbol of our state.

Simply put, our current state flag is boring, derivative, unoriginal, and says very little meaningful about who we are as a people.

As we reach out into the world and invite it to share our wonderful places, indigenous heritage and the other innumerable delights of this fair and pleasant land, we need a better ambassador.

Over the next few years we are going to run a competition for a new flag. We have already written to a number of organisations inviting them to submit a vision for a state flag that can best represent the Tasmanian identity.

Anybody can submit a design (or several!), and we will publish them from time to time. Please:

Yeah, we know we’re going to get a lot of devils and tigers, and that’s okay. But we also want to see some challenging designs. Striking ones. Interesting colours. Recognition of first nations peoples. Textures. Unifying themes. The boldness of a small island daring to to be its proud self and not a hungover colonial outpost.

Eventually we will shortlist designs, based on popular feedback; stay tuned for more details on how that will work. So if you’re not the designing type of person, never fear. Your comments and suggestions will be welcome, and may help designers refine their concepts as the competition evolves.

There will be three eventual winners. The prize for each will be your design made up and printed as an actual flag for you to keep!

And who knows, perhaps your design will become, one day, the original and beautiful state flag that we deserve.

To kick things off, we are featuring a Flags of Australia proposed design. They have a few on their Tasmania page, and the entire site has a very thoughtful approach to designs for the nation as a whole and all the states and territories. 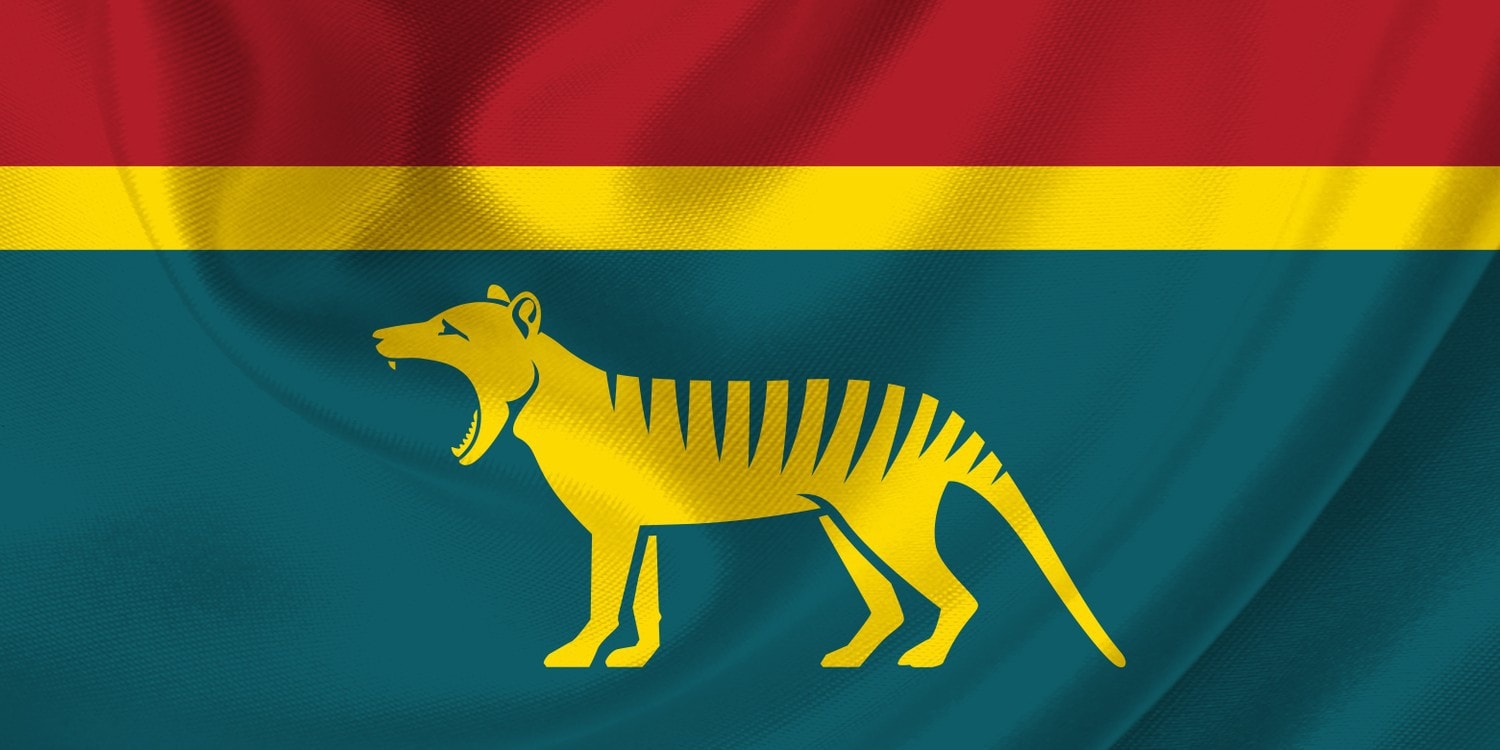 Their description of this design is as follows:

Design
The Tasmania Tiger flag features a yellow Tasmanian tiger or thylacine on a green background with a maroon and yellow coloured top edge. The top panels equal one third the height of the flag.

An alternate arrangement of colours.

The Tasmanian tiger has remained a popular and immediately identifiable symbol of Tasmania, long after its extinction. A distinct symbol which no other Australian state can lay claim to.

Both the coat of arms of Tasmania and Launceston feature Tasmanian tigers. The Aboriginal peoples of Tasmania referred to the tiger as Coorinna, Loarinna, Laoonana, or Lagunta, and it was frequently depicted in Aboriginal rock art. Today the tiger is seen as a powerful reminder of our responsibility to protect and conserve Australia’s native wildlife for future generations.

Following heraldic convention, the tiger is displayed walking towards the flagpole (into the wind), while giving a warning ‘yawn’ in defiance. The thirteen stripes on the tiger’s back symbolise the thirteen regions of Tasmania.

Green, yellow and maroon – are the recognised sporting colours of Tasmania and have been widely adopted by Tasmania’s sporting organisations and teams. 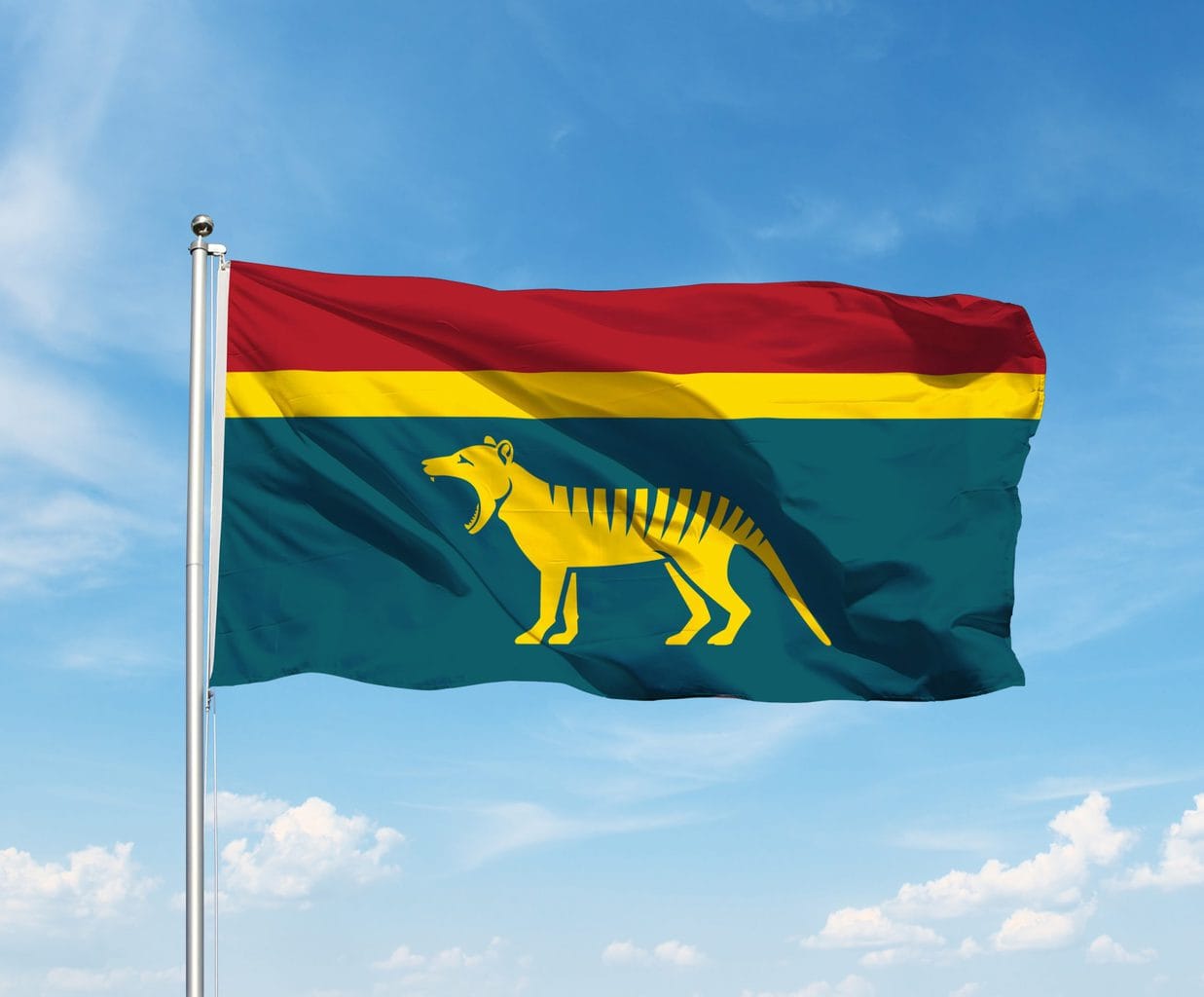