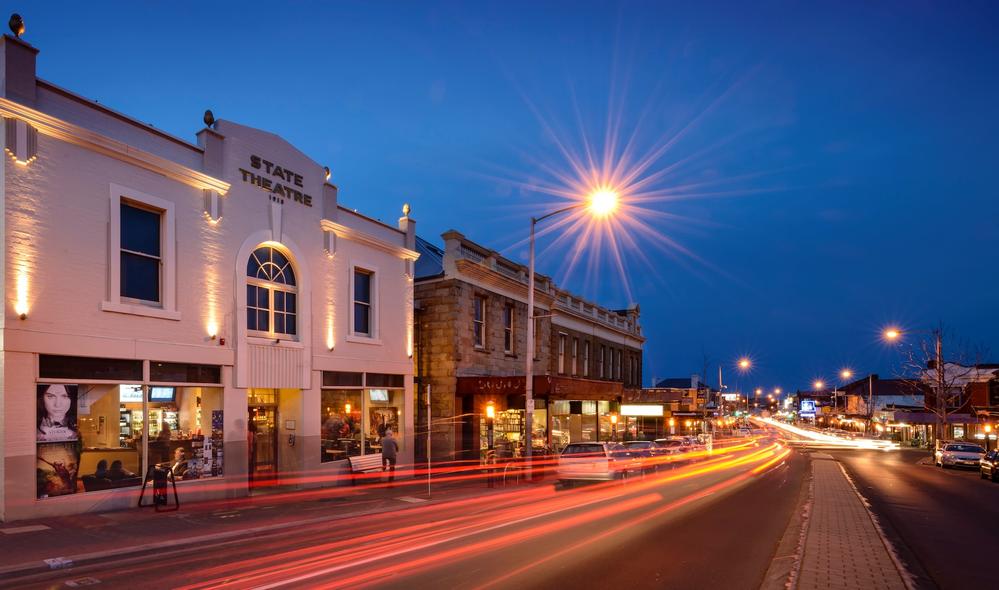 Hobart’s State Cinema is a city-wide institution and is of historic significance. It’s believed to be the first Tasmanian building built specifically for screening films. It’s also the only cinema built before 1970 that has survived in Hobart as a functioning cinema.

In 1913, there was a wave of enthusiasm for the new medium of film, so cinemas were built in Hobart. One of them was the State Cinema, then called the ‘North Hobart Picture Palace’. It was built on the site of a fuel depot, and was operated by Alf Chenhall and Edward Morris.

It opened on 2nd October 1913. Films were shown, and music was provided by an orchestra.

There were usually two screenings on Saturdays, and one on Sunday nights. Despite this, the North Hobart Picture Palace had fluctuating fortunes. Vaudeville shows were often used to attract people to see films. But the Palace’s fortunes continued to fluctuate, however, so it was sold in 1921.

The Broad B Billiard Saloon

The new owners used the building as a billiard saloon, gymnasium, and boxing arena. They renamed it Broad B Billiard Saloon.

A cinema once again

The building was once again being used as a cinema by 1935. It was renamed ‘The Liberty Theatre’. The floor of the auditorium was lowered and the seats were re-installed.

The building changed owners again in 1948. It was decided that it would continue operating as a cinema, but it was renamed to “The State Cinema”. There were two or three screenings a day, and they proved to be popular. The future therefore seemed assured.

But then came television. Audience numbers quickly decreased because Hobartians could now watch films and shows in their own homes. The State Cinema became uneconomic by 1974, and was once again placed on the market.

There was strong competition from firms wanting to buy the building and use it as a furniture store. But the Film, Radio & Television Board of the Australia Council (now the Australian Academy of Cinema and Television Arts) eventually bought the Cinema for the express purpose of screening Australian and internationally acclaimed films.

The Cinema was confronted with financial constraints in 1984, so the decision was made to close it. There was a public outcry, though, so it remained open. 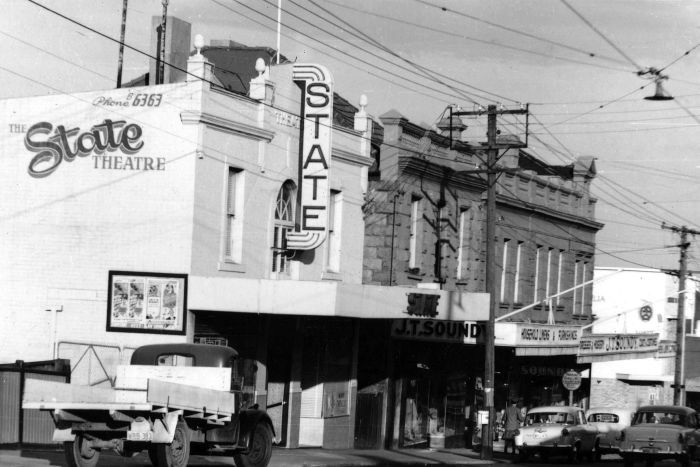 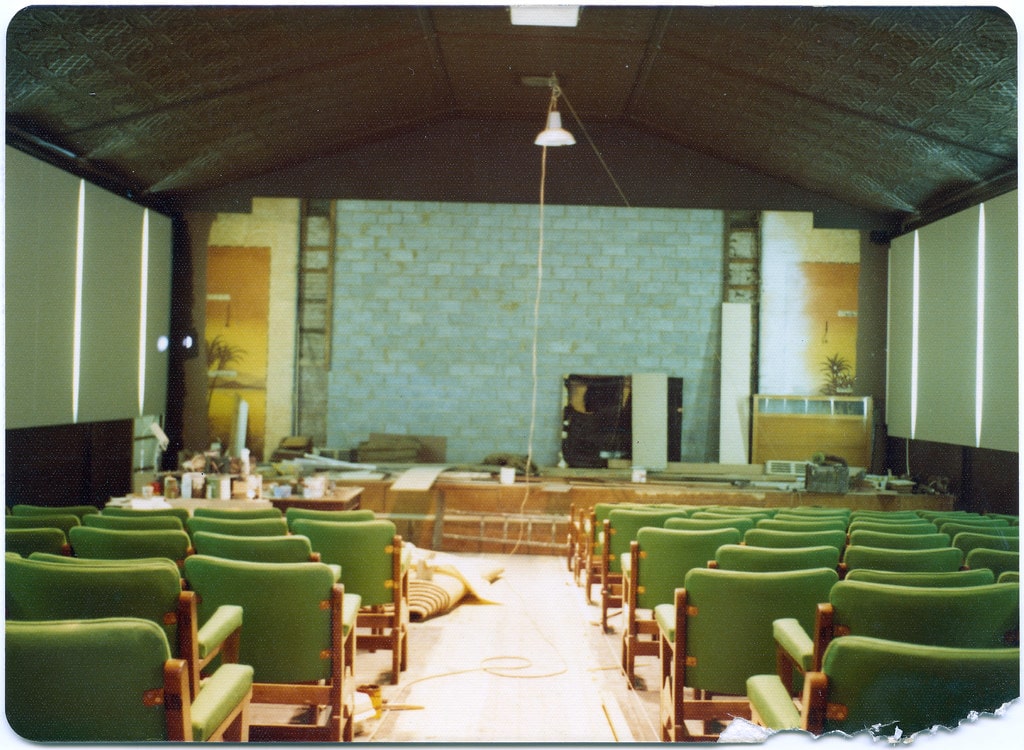 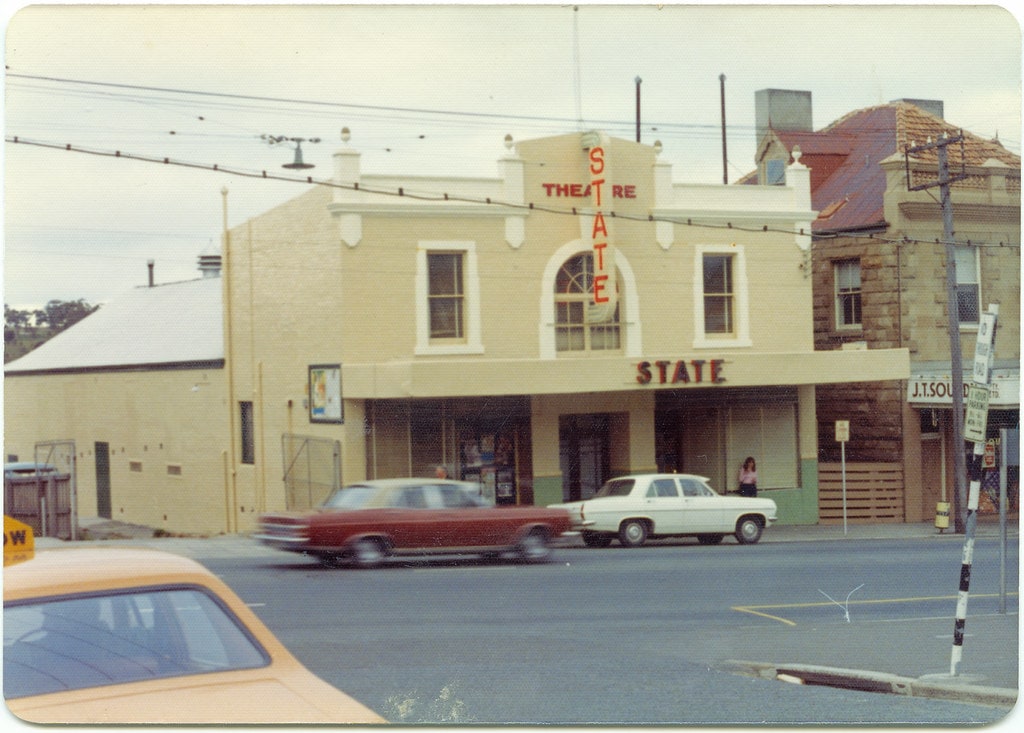 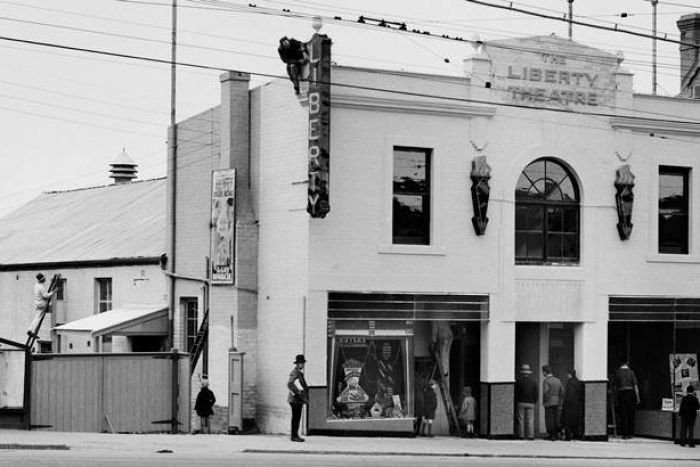 The Cinema experienced financial issues again in 2002, and this time there was no option but to sell it.

Strong interest was expressed from large cinema organisations, but it ended up being bought by Tasmanian John Kelly. His aim was for the Cinema to continue screening Australian and internationally acclaimed films. 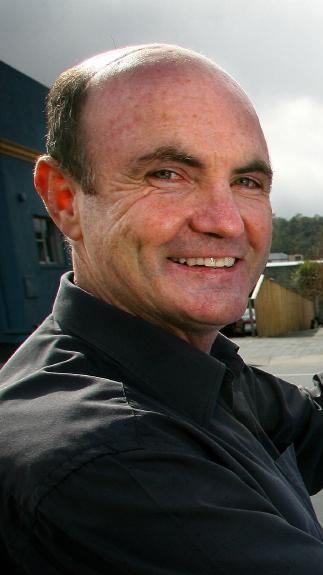 Because the Cinema was at a major crossroads at this point, a development plan was initiated to give it the best chance of survival.

A major new development of the foyer space began in late-2005. It was transformed into an elegant café bar.

In July 2006, a thirty-seat cinema equipped with a state-of-the-art projection and sound system was built above the café. This cinema changed names a few times, but it eventually settled as Cinema Six.

The building’s original 1920s façade was restored in November 2006.

On Anzac Day in 2007, work began on a third cinema. The entrance to Cinema One (the main cinema) was bricked up, and a hallway was built to lead into both ground floor cinemas. Cinema Two was eventually opened.

Cinema Three was also opened in 2007.

In 2009, Cinema Five and an extended café area were opened. The Cinema Six (taking the title of Cinema Four) was also opened. A plaque honouring Errol Flynn was installed in the footpath outside the cinema, as well. It was unveiled by his daughter, Rory, to commemorate the 100th anniversary of his birth.

In 2011, construction began on the large extension at the rear of the building. Level One of the new extension opened in January 2012.

On the 5th April 2012, Tasmanian author Richard Flanagan officially opened the State Cinema Bookstore. He also opened the new multi-level café and bar at the rear of the building.

In 2013, a gala evening was held to commemorate the State Cinema’s 100th birthday. A plaque was unveiled by His Excellency the Honourable Peter Underwood AC, then-Governor of Tasmania.

The screens in Cinemas Two, Three, Five, and Six were enlarged during 2014 to maximise the presentation of films. Cinema Eight, located below ground, was also opened during 2014.

Between late-2015 and early-2016, the Jarrah Room was built as an extension to the main level of the café.

In 2018, the Bookstore moved from its original location to a newly decked out, two-storey addition to the main Cinema building. Cinema Two was also closed and opened up into Cinema One. 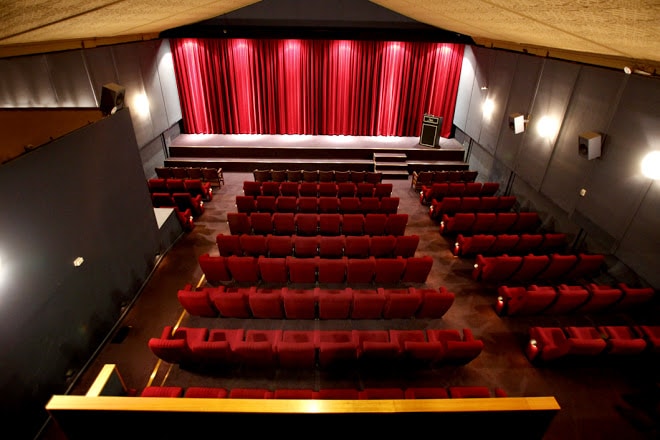 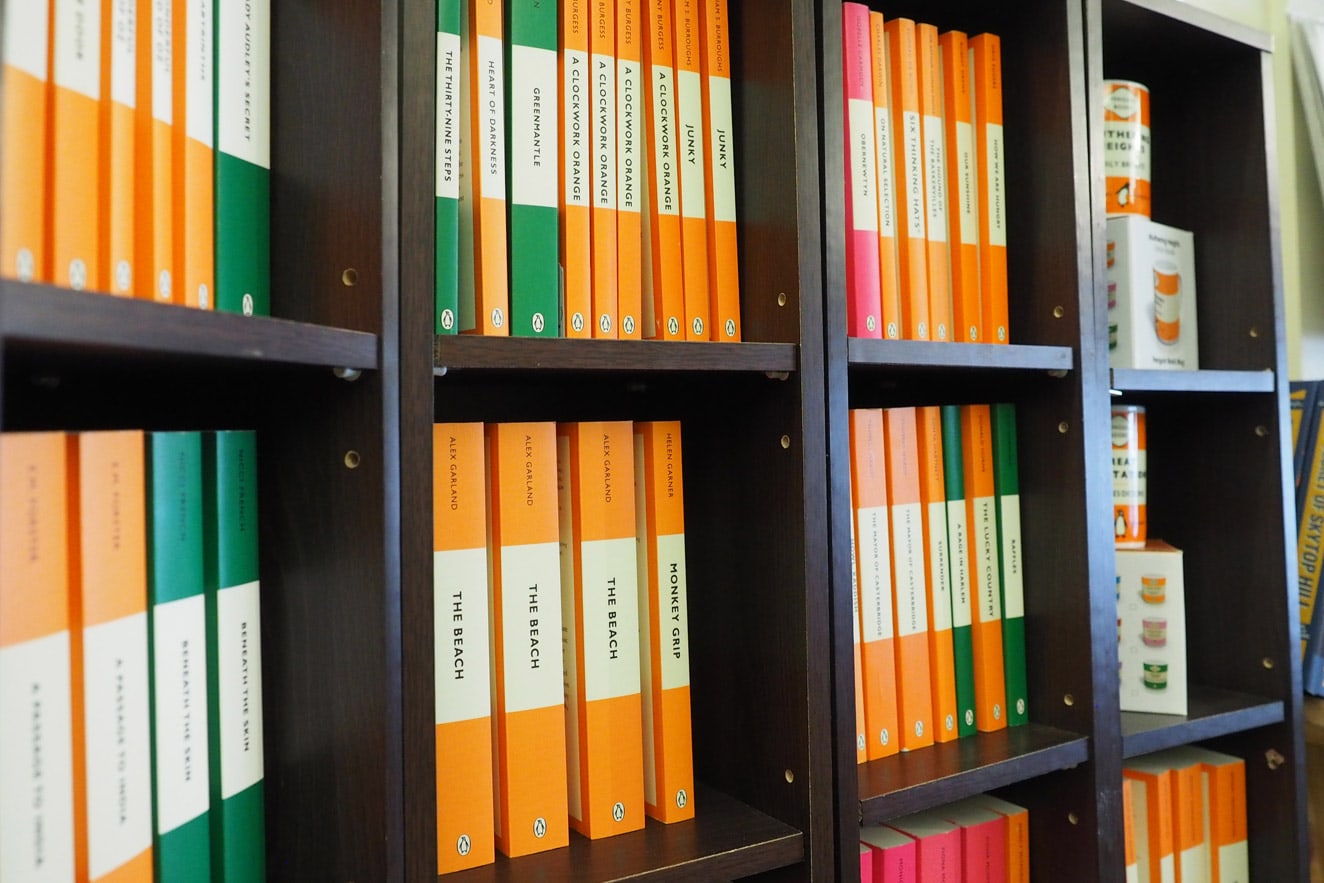 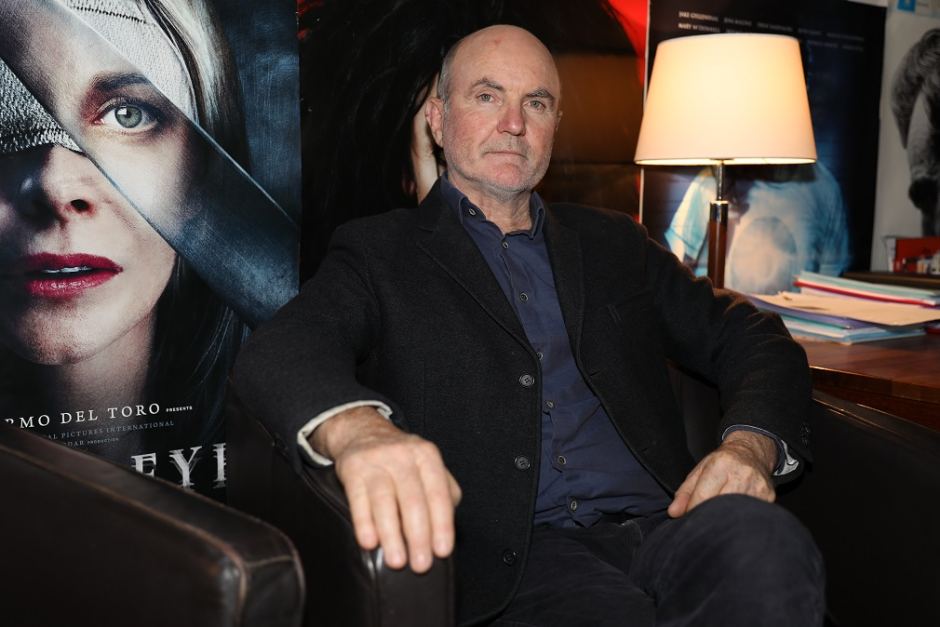 John Kelly at the State Cinema

In 2019, John Kelly sold the State Cinema to American cinema chain Reading after pouring his ‘heart, soul, every drop of sweat and money’ into it.

Tasmanians will no doubt look forward to the Cinema’s continued success under Reading’s ownership.