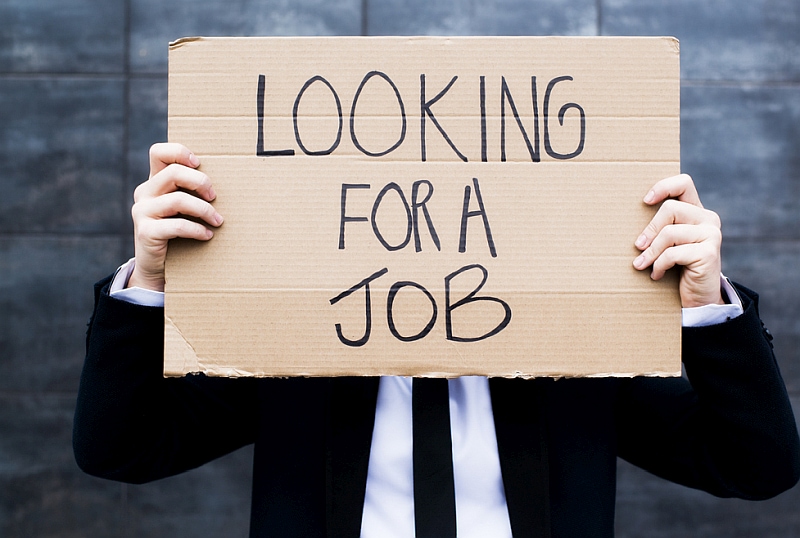 The latest ABS data shows Tasmania’s unemployment rate increasing to 6.2%, in line with the national rate.

“The economic impact that COVID-19 is having on the Australian and Tasmanian economy following swift measures taken to save lives is challenging and not unexpected,” said Tasmanian Premier Peter Gutwein.

He made the comments ahead of the Friday release of the May 2020 Tasmanian Economic and Fiscal Update report which will provide detailed information on the state of the island’s economy and budget. 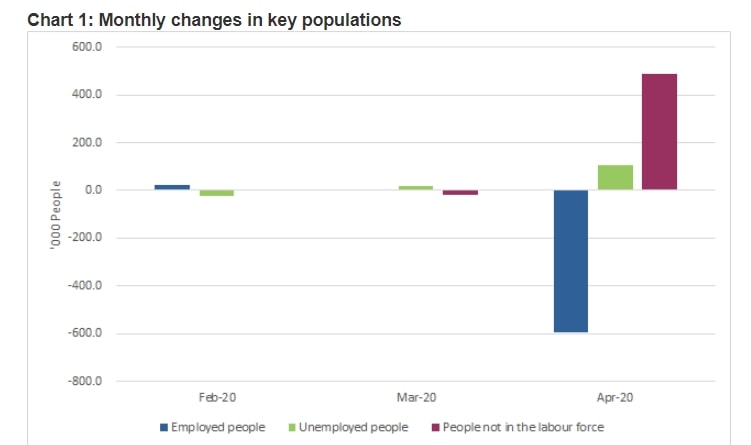 Labor Leader, Rebecca White, said the data reinforced the need for Peter Gutwein to lobby the federal government for the continuation of the JobKeeper scheme.

“We need to fight to save every job in Tasmania and if the federal government proceeds with its decision to remove JobKeeper in September, we will see a massive further spike in the unemployment rate,” White said.

“More than 20 thousand Tasmanians have lost their jobs from this pandemic and withdrawing JobKeeper too early, or reducing the number of businesses and workers that benefit, risks forcing thousands more people into unemployment.

The Greens said the figures released today reflect the pain Tasmanians are feeling as a result of the pandemic shutdown.

“This is gut-wrenching for thousands of Tasmanians either out of work, or working considerably less hours. For them, the future must be frightening,” said Greens Leader and Treasury spokesperson Cassy O’Connor.

“The ABS data does show, however, the vast majority of Tasmanian employers are doing everything they can to hold onto their employees during this crisis. We acknowledge the road to recovery will be long and commit to working cooperatively with government to ensure economic stimulus measures are targeted where they are most needed.”

Meanwhile Kendra Banks, Managing Director SEEK ANZ, noted that new job ads posted on their site during April “are down by -46.8% month-on-month in Tasmania, which is up slightly on the national average of -49.9%.”

“In the first two weeks of May, we have seen job ad volumes slowly creep back up, which aligns to the will of governments to get the economy moving and get people back into jobs,” he said. “Sectors such as Administration & Office Support, Government & Defence, IT and Trades & Services have made positive contributions to job advertisement volumes so far in May, and as the government eases their coronavirus restrictions we expect other industries to offer increased job opportunities for job seekers over the coming months.”

* Because of the pandemic’s sudden impact on jobs, the ABS has temporarily ceased publishing trend estimates, usually the most reliable indicator of labour force statistics. Accordingly, the figures reported above are seasonally adjusted to better estimate activity. 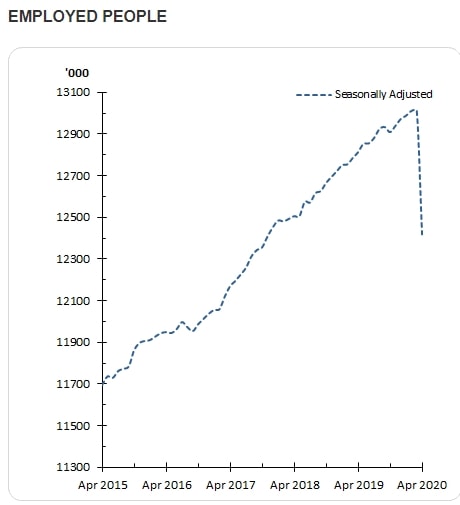