On Friday 22 May The Examiner newspaper quoted the state government as saying that ‘around 20’ Tasmanians had complained about the transfer of their photo to a national facial recognition scheme.

In truth, at least 1,245 Tasmanians have complained, more than sixty times the figure provided by government to the media.

Given the public interest in this specific issue the government should publicly correct the record.

On 13 February this year I lodged a group complaint on behalf of 1,245 Tasmanians (see below). A response from government is yet to be received. 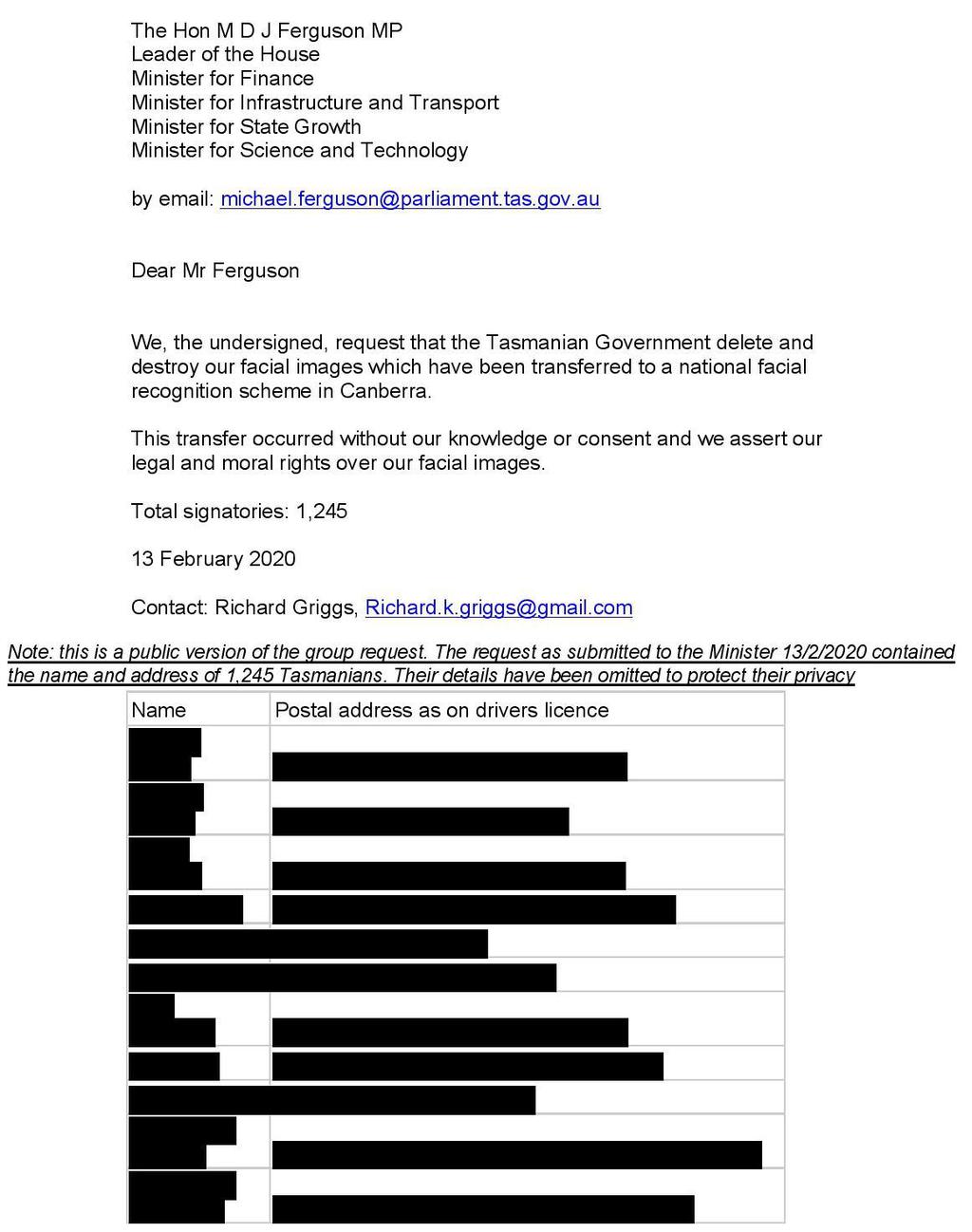 The fact is people are concerned about having their photo transferred, without their consent, to a facial recognition database in Canberra.

For some people, the concern is the simple fact they were not informed where their photographs were being sent. It is a matter of common courtesy. For others, it is the lack of clarity about what the facial recognition database will be used for, leading to fears it is a step towards constant surveillance by the state.

Others again worry the national database will be a honey pot for hackers and criminals who are attracted to the large store of valuable personal information.

Finally, many are furious that the transfer of sensitive personal information by the Tasmanian government occurred in the absence of any legislative or parliamentary approval at either a state or commonwealth level.

These concerns deserve answers from government, not to be dismissed or downplayed. 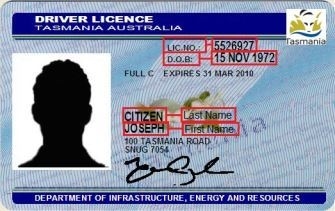 –       In December 2019 it emerged that 410,000 Tasmanian drivers licence photos had been transferred to the national facial recognition scheme (Government Business Scrutiny hearings, 4 December 2019).

–       The transfer in fact occurred one year earlier in December 2018 but had not been publicly advertised. The transfer occurred in a single data upload (Attachment B, see below).

–       The transfer occurred in the absence of federal legislation to regulate the facial recognition scheme. The proposed legislation was criticised by federal parliament’s intelligence and security committee for not containing enough privacy protections or oversight mechanisms and was subsequently withdrawn for redrafting. It has not been re-tabled. https://www.aph.gov.au/Parliamentary_Business/Committees/Joint/Intelligence_and_Security/Identity-Matching2019/Report

–       The transfer also occurred in the absence of Tasmanian state legislation. The transfer was authorised by regulation, not legislation. This means it was not a matter debated in state parliament by all 40 state MPs. Instead, the regulation was assessed in private by the six member Subordinate Legislation Committee.

–       In relation to the level of scrutiny provided by the Subordinate Legislation Committee: no regulatory impact statement was prepared by the government for the committee (see: https://megwebb.com.au/question-facial-recognition-data-collection-additional-questions/). No public comment was sought by the committee and no report is available on their deliberations on this issue. 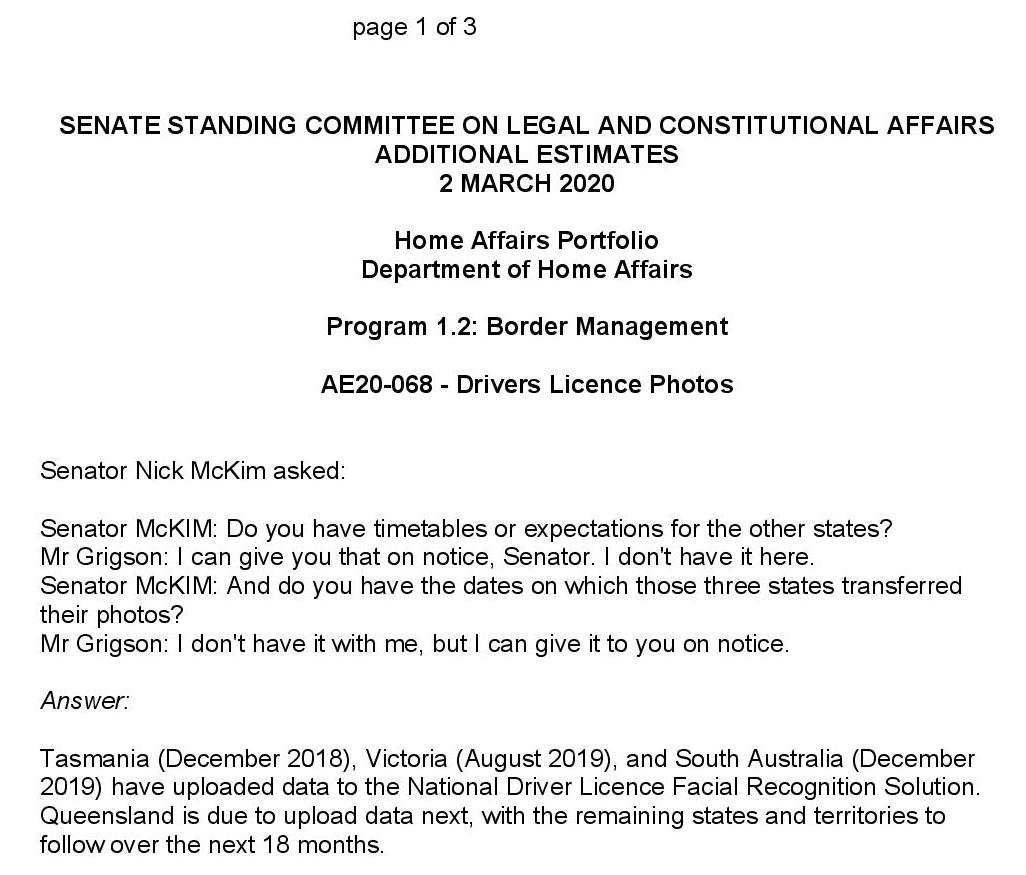 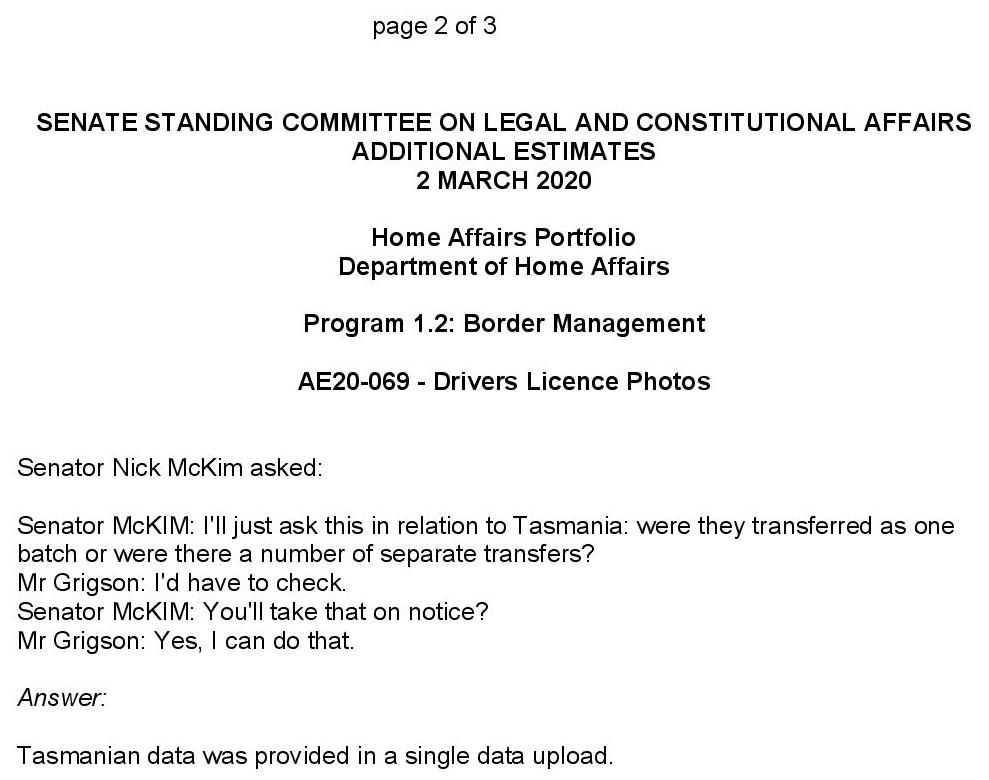 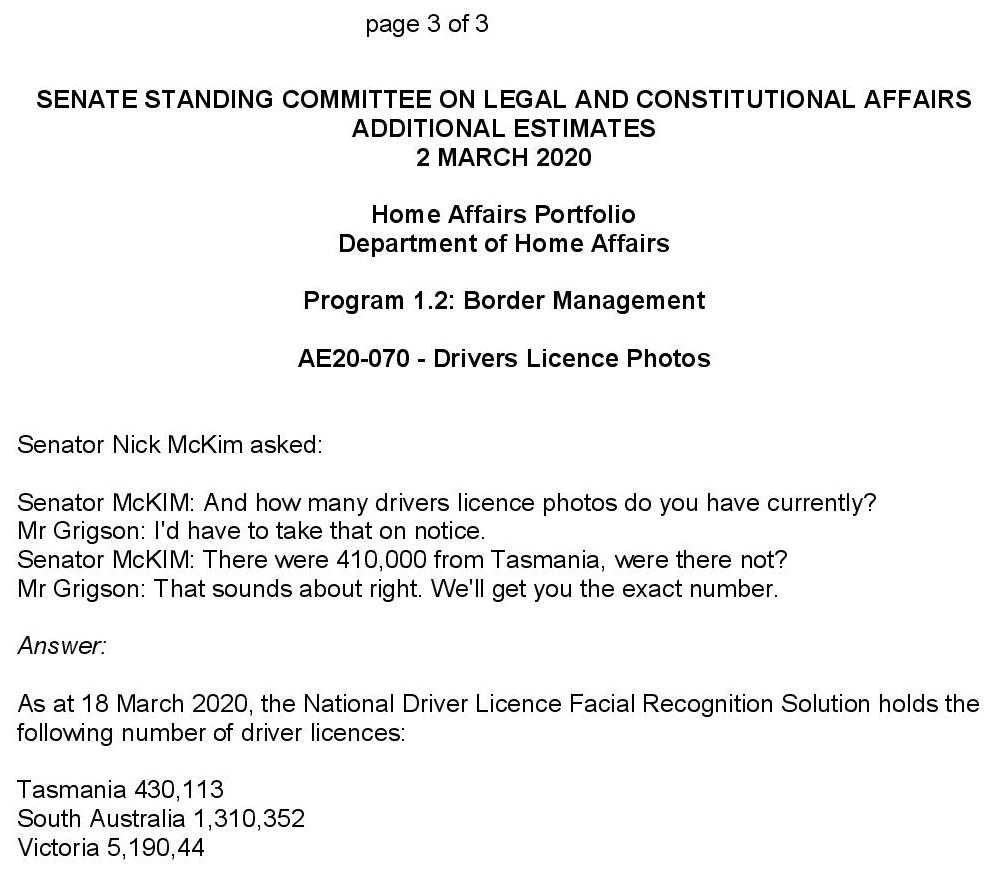