Supporters of passenger rail in Hobart have called on the Macquarie Point Development Corporation to place in the public domain, the specifics of any plan for light rail and infrastructure on the site.

The call came after Monday night’s Hobart Council meeting approved plans for a road onto a section of Macquarie Point that had historically been part of the Hobart railyards. The approval came with a condition that the dead-end road not impact on a future northern suburbs light-rail line.

“Transport links, in particularly rail, are normally a selling point with developers, so it’s bizarre that provision for rail has never appeared important by the MPDC,” said the group’s President Michael Hangan. “As plans are filled-in with roads and building density, options for rail have shrunk meaning an efficient rail corridor to the waterfront and CBD has been ruled out by the Corporation.”

Hangan said Hobart Councillors were told of a MPDC sponsored ‘rail consultancy’. “It’s time the public got its money’s worth and if rail plans are available then the public should see the detail,” he urged.

The group was pleased to see the Hobart City Council support the strategic importance of the northern suburbs railway by imposing the condition that the new road shall not compromise a future rail line.

MPDC CEO Mary Massina stated that the Corporation is currently working with the Department of State Growth to facilitate a northern access to the site.

“The Corporation understands the importance of sustainable transport options for the community and as such maintains its commitment to preserve the land required to facilitate the recommended transport option to be determined by the Government.”

Shadow Minister for Roads and Transport David O’Byrne said that the announcement of a new road as part of the site development plan is at odds with the government’s own commitments to preserve the rail transport corridor and provide a public transport service along the rail corridor to the Hobart CBD.

“It is a monumental fail of the Liberals that after six years in Government that their initial $50 million Macquarie Point investment first went nowhere and is now threatening the Hobart’s chance of finally getting passenger rail,” he said.

Federal Member for Clark Andrew Wilkie said there must be no impediments laid down to the creation of a light rail system which he suggested would reduce traffic congestion, lower the cost of living, help clean up the environment and link communities.

“I call on all parties, including the state government and Hobart City Council, to unambiguously commit to the Northern Suburbs Light Rail system, starting with an iron-clad guarantee to maintain a corridor for tracks through Macquarie Point,” Wilkie said.

The construction of the road in question provides access to a number of development parcels on the Macquarie Point site, including The Escarpment land release. 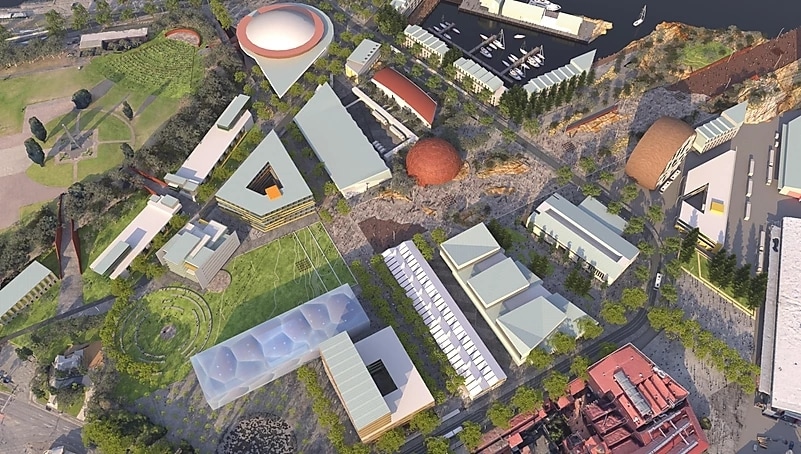