It started out, so brightly:

“Basketball Victoria is pleased to announce the Hobart Huskies, as part of the Southern Huskies organisation, will join the Victorian-managed Senior Elite League to continue a strong Southern Tasmanian presence in high-calibre basketball competitions.

The team had a clean slate, apparently broad public support, some high-profile recruits and a chance to, perhaps, as part of something big to grow into something huge.

Less than a year later the Huskies had torn up the slippers, tipped over the food bowl, dug a hole under the fence and bolted off out of sight.

All the signs pointed to New Zealand, where parent Australian franchise Southern Huskies had signed a 5 year deal to play in the NZBL after being rejected for the NBL in 2018. But that, too, was quickly turning into custard and the team experienced the same fate. 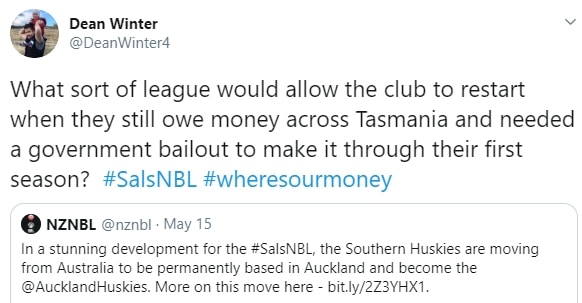 Surprise, then, that a recent announcement from the NZBL declared the Huskies would be relocating completely from Australia to Auckland and welcomed back in their league in 2020…apparently still with Chief Executive and Tasmanian co-owner Justin Hickey at the reins.

In part the news read: With news that a re-formatted 2020 competition was being planned, coupled with growing business interests in New Zealand, the Huskies decided this opportunity was too good to resist. Member of the Auckland Huskies ownership group, Mike Sutton, says he is pleased his group was able to bring forward its original plans…

Sutton was quoted: “Every time we travelled to New Zealand, we loved it. The hospitality and support shown was fantastic, we were welcomed with open arms and that really became the biggest factor when we started looking at relocating. We already felt like family.”

Not even a cursory nod back to Tasmania, and the trail of destruction left behind.

Kingborough Mayor Dean Winter was unimpressed, reminding his Twitter followers that Huskies still owed money in Tasmania. Reportedly, their debtors include two councils, the state government and various suppliers and staff including players and coaches.

Meanwhile basketball observer and recent Hobart Chargers President David Bartlett advised anyone dealing with the Huskies organisation to “get paid up front from these guys!” 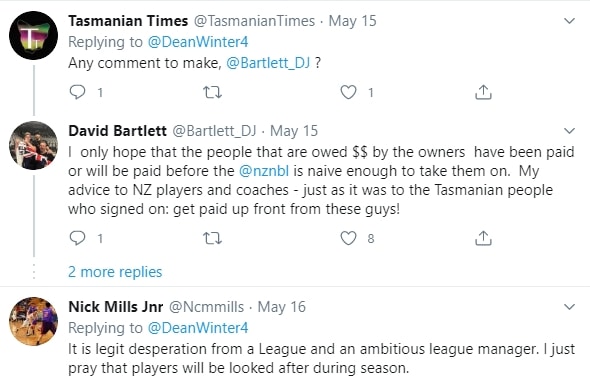 The Auckland mob might not be looking back, but Australian basketball site The Pick and Roll has been peeling back the husk of what’s going on, and what went on during the club’s frazzled Tasmanian adventure.

Simon Hall, owner of team sponsor Hall’s Wastewater Treatment Services, in an open letter shared with The Pick and Roll, that those initial announcements grabbed the public’s attention. “It was an electric feeling with so much promise of being a spectacle and an extravaganza of talent,” Hall said in the letter published at last season’s end. Given the club had over 6,000 foundation members before any of their teams had played a game, expectations for crowd numbers were high.

Initially, everything looked to be on track. The Hobart Huskies NBL1 team, playing in the smaller Kingborough Sports Centre, saw fans packed in the bleachers for their debut outing. NBL1 men’s coach Mark Chivers told The Pick and Roll that from where he stood, there were no signs of trouble. He says that the ownership group had initially planned on running just the NZNBL team, stepping into the NBL1 void when the SEABL’s Hobart Chargers chose not to participate. With that considered, the early NBL1 success was seen as a positive sign.

Things were a little more shaky in the NZNBL. While the home opener against the Super City Rangers saw the stands reasonably full, large chunks of the 5,400-seat Derwent Entertainment Centre were hidden behind curtains and closed to the public.

“We noticed from week 1 of the Southern Huskies that it might not be all that it seemed,” Hall said.

“Row 2 of the VIP section was half full and row 3 was empty; it was not the sell out that we were lead to believe it would be.”

Those doubts were only confounded when games moved to the north of the state, as Hall says only 200 tickets were pre-sold to the first game in Launceston’s Silverdome. Ticket prices were promptly slashed in an attempt to increase numbers, leaving those that had purchased long in advance with double the cost or more. While the NZNBL crowds remained steady, the revenue from tickets would have surely fallen as they became cheaper and cheaper.

It was a similar story for the club’s sponsors. Hall’s Wastewater Treatment Services agreed to a number of benefits in their contract, and in week one of the NBL1 season a number were met; by the halfway point they had all but disappeared, and by season’s end Hall estimated that seven of the eight obligations agreed to were not delivered upon.

Beyond the promises and the wishful thinking, nothing, it seems, was a slam-dunk. With the prospect of the another NBL franchise attempt on the horizon, are there lessons for Tasmania to learn? Already we are being spun similar kinds of hype.

Read the full, beautifully-written account of how everything unravelled so spectacularly over at The Pick and Roll:

THE PICK AND ROLL: How the Southern Huskies shocked Tasmania and returned in Auckland. 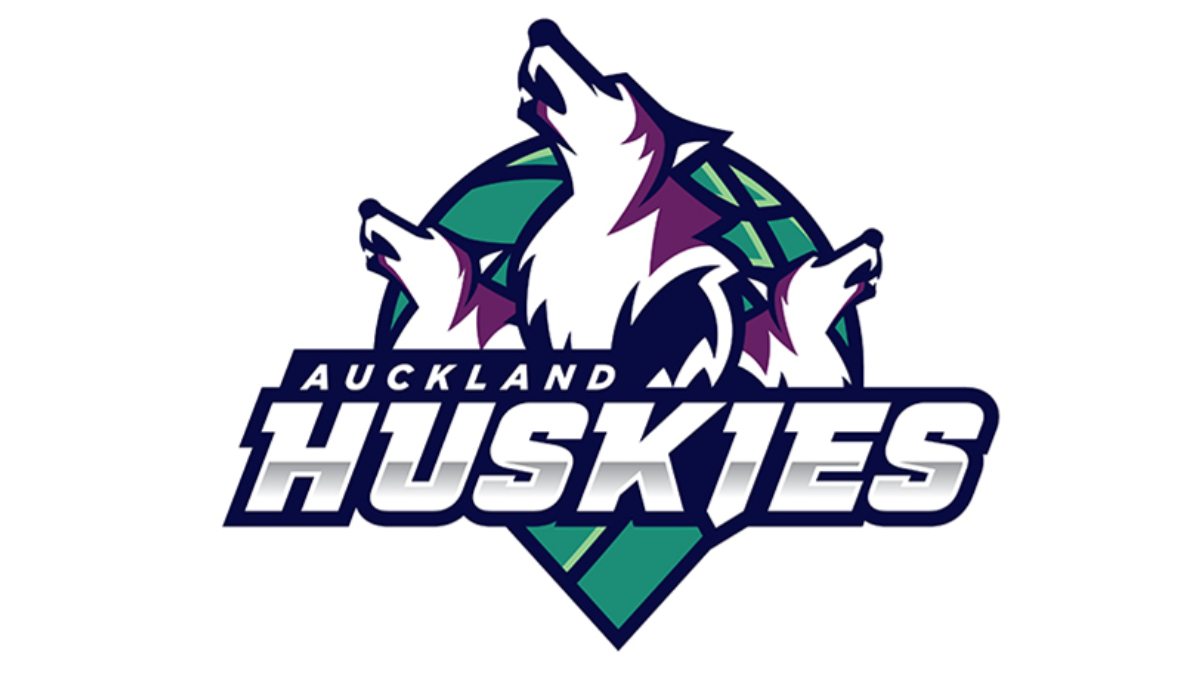 Hmmm, that looks kind of familar…