New research from The Australia Institute shows that 45% of Australians say they will download and use the government’s COVID-19 app, while 28% say they will not used it and 27% unsure.

The Australia Institute surveyed a nationally representative sample of 1,011 Australians about whether they would use the government’s COVID-19 mobile app on 23-24 April 2020.

“While there is a base level of support for the proposed government COVID-19 mobile app, the government will need to ensure user privacy is guaranteed in legislation,” said Ben Oquist, Executive Director of the Australia Institute.

“With half the population yet to be fully convinced, the government will need to ensure strong privacy guarantees are legislated to keep the community on side and assuage any privacy concerns.” 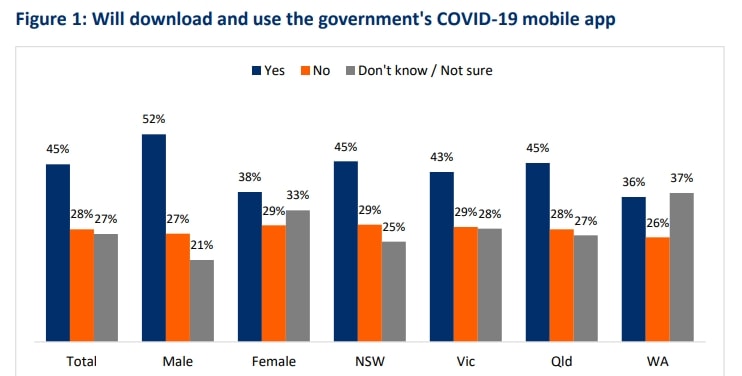 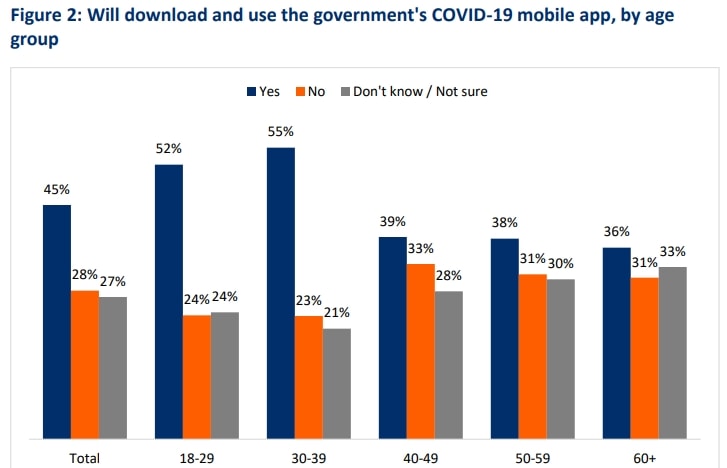 There is significant variation in planned use of the government’s COVID-19 app by voting intention. Coalition voters are most likely to use the app (53%), followed by Labor (47%) and Greens voters (36%). One in four One Nation (27%) and Independent/Other voters (25%) say they will use the app. 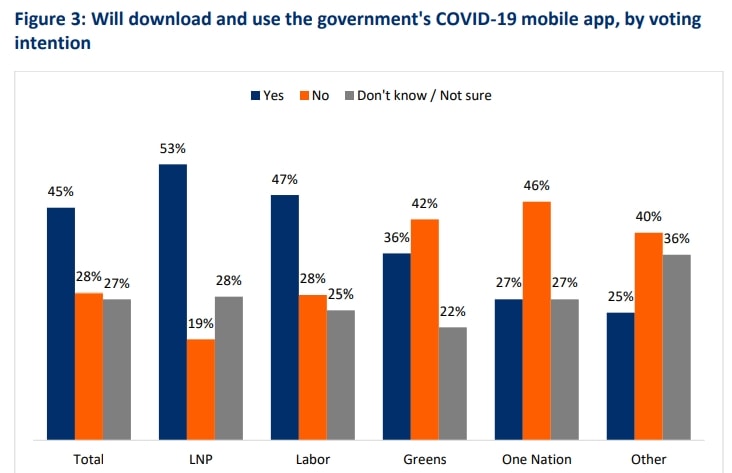 The margin of error (95% confidence level) for the national results is 3.1%. Results are shown only for larger states.

Voting crosstabs show voting intentions for the House of Representatives. Those who were undecided were asked which way they were leaning; these leanings are included in voting intention crosstabs. ‘Coalition’ includes separate responses for Liberal and
National. ‘Other’ includes Centre Alliance, Jacqui Lambie Network and Independent/Other.

THE CONVERSATION: Privacy vs Pandemic: Govt Tracking Mobile Phones could be Potent Weapon against COVID-19.