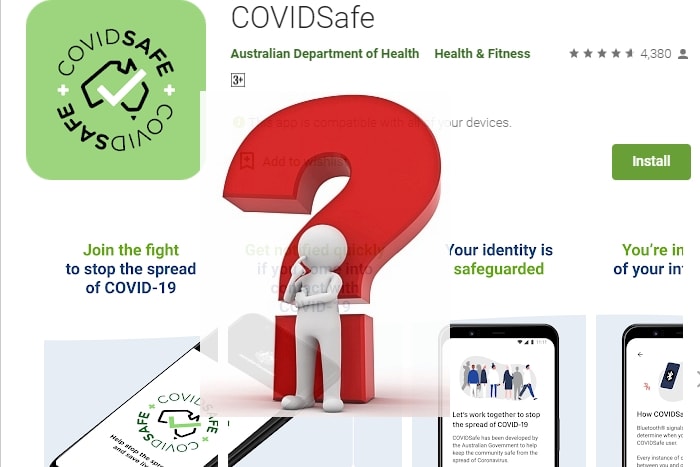 What civil liberties and privacy rights have been traded away in Tasmania? Law expert and rights campaigner Richard Griggs has a look.

Will you download ‘COVIDSafe’ the mobile phone tracing app released to the public on 26 April?

I will consider the app, but only once Tasmania’s privacy laws are re-instated.

The fact our privacy protections have been suspended is perhaps the least scrutinised aspect of COVID-19 so far. The suspension was part of the emergency legislation passed by both houses of state parliament in March as the virus began to hit.

With the resumption of state parliament this Thursday there are a number of issues stemming from the suspension that warrant closer examination by elected members.

For example, Principle Number 1 states that a government department can only collect personal information that is necessary for one of its functions. It also requires citizens to be told when their information is being collected and how it will be used.

PIPA also allows for privacy complaints to be lodged with the Tasmanian Ombudsman in the event the Principles are not complied with. This is an important check and balance on the executive arm of government and its handling of our private information.

The decision to suspend the operation of PIPA was unprecedented.

The obvious question is – why were privacy rights suspended?

On first blush, perhaps it seems obvious that we need to allow distribution of names of infected people and their contact details.

However, this is already permitted under PIPA which specifically permits government to disclose personal information if necessary to “lessen or prevent a serious threat to public health.”

So, the question then becomes – what is it that health officials and police want to be able to do with our personal information that they would be prevented from doing by PIPA?

There was fairly limited parliamentary debate in March on this unprecedented approach to suspending privacy rights.

The most that was said on the issue by the government in the debate in the Lower House was that the measure was “crucial in supporting the emergency management response at an operational level.” (Hansard, House of Assembly, 25/3/2020) Not much detail there.

The issue was examined to a closer degree in the Upper House.

We learnt from the Leader of the Government in the Legislative Council that the suspension was to “To support the interoperability of agencies across Australia responding to this emergency” and ”clarify that personal information can be shared between state agencies and with other states and the Commonwealth” and that the information “can only be used for the relevant emergency, and it cannot be used for any other purpose other than the emergency” (Hansard, Legislative Council, 26/3/2020).

At face value these might seem like reasonable statements. However, when armed with the knowledge that the legislation already has inbuilt mechanisms to deal with public health emergencies, the wholesale suspension of the law should raise concerns.

When state parliament resumes this week non-Government MPs need to secure answers to a series of important questions:

–       Why was the suspension required? What is it precisely that health officials and police need to do with our personal information that they are prevented from doing by PIPA?

–       Was the suspension necessary to pave the way for the COVID-19 Tracing App (‘COVIDSafe’)? One non-government MLC in the Upper House stated in the debate that this was the reason for the suspension, and the comment was not clarified or contradicted by the government to date

–       Has the right to lodge a complaint with the Tasmanian Ombudsman been suspended?

–       Will the suspension be reactivated in the future for different emergencies, such as bushfires or floods?

If these questions remain unanswered, we will have to conclude that the suspension, undoubtedly well-intentioned, is much broader than necessary to respond to COVID-19.

On current information, the suspension unnecessarily winds back privacy protections for Tasmanians.

As for the ‘COVIDSafe’ app, people would be well within their rights to hold fire and not download it until a clearer picture on privacy protections emerges.