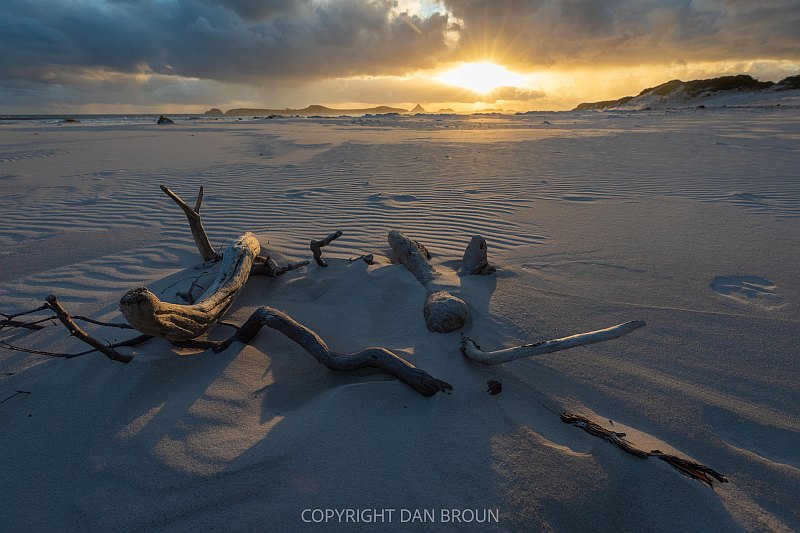 UPDATE: Since this article was published on Wed 11 March, Parks and Wildlife have contacted Tasmanian Times with the following statement.

PWS has  launched a compliance investigation into reports of the landing of several helicopters on a remote beach in the Tasmanian Wilderness World Heritage Area.

Penalties apply for the landing of an aircraft without an authority and limited commercial landings are only permitted in designated areas and zones under licence as prescribed by the Tasmanian Wilderness World Heritage Area Management Plan 2016.

Action will be taken if the PWS investigation reveals there has been a breach of the law.

As this is now an active investigation, PWS will not be making any further comment at this time.

I GO BUSHWALKING to get away from it all. The longer the walk the more away from it all I’m trying to get. Wilderness expeditions are so important for me to stay healthy but also for my friends and family and thousands of other Tasmanians and Australians who also seek some solace and joy in wild places.

Tasmania has a completely free physical and mental health retreat for us all to take advantage of. 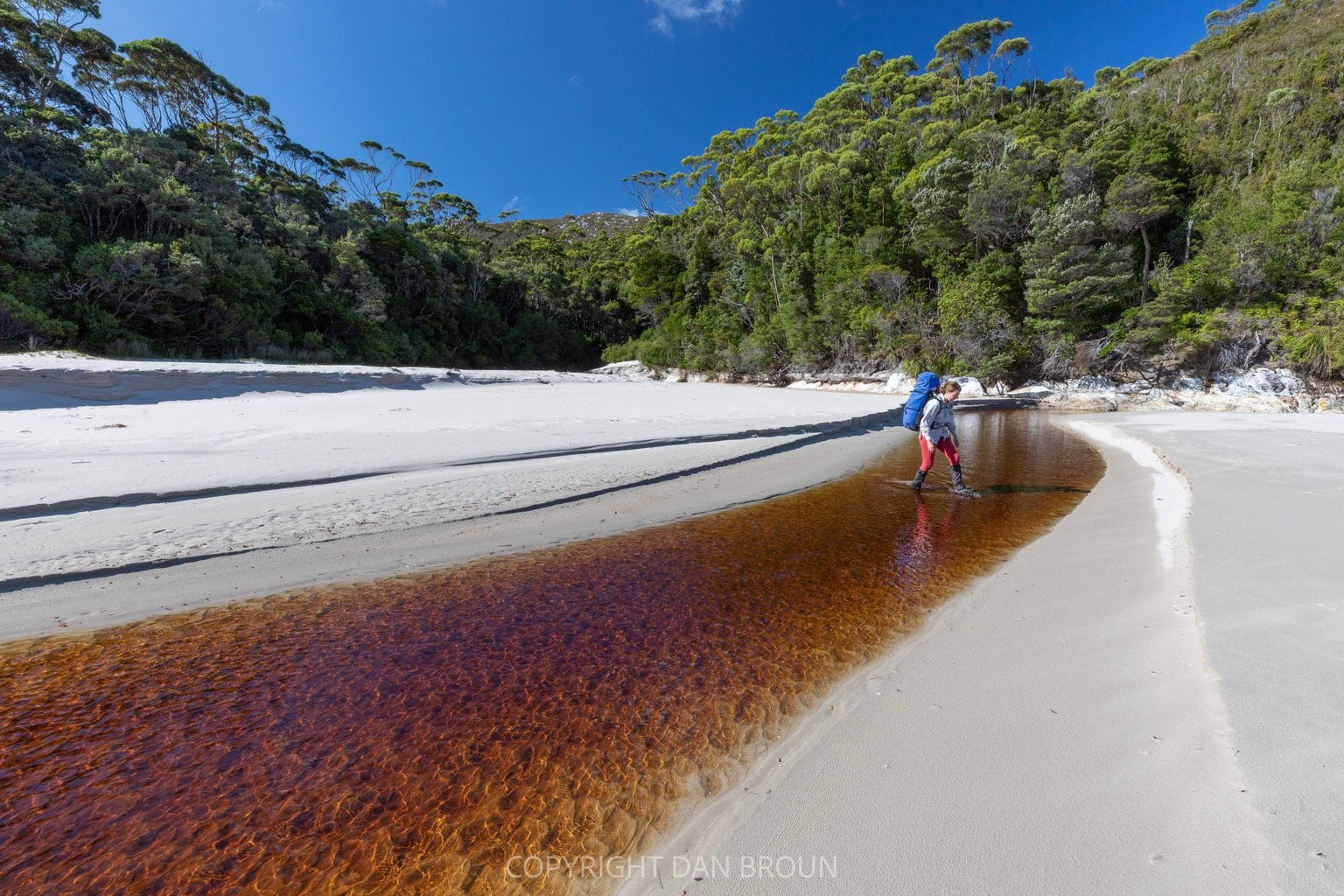 A recent walk in the Tasmanian Wilderness World Heritage Area was a much needed escape after a very busy time. My partner and I packed for 2 weeks with a plan to disconnect from society and tune back into the simple pleasures of nature. This plan took us to the great South-West Wilderness of Tasmania.

We walked deserted coves and wild beaches, tracts of pristine rainforest, delightful gullies of tannin rich streams tumbling from heights unseen. We crossed mountain passes and sat on summits with only eagles and each other as company. Distant islands and the occasional passing yacht were the only hints that another human existed nearby.

On the sixth day of our walk we were starting to connect with the place, truly slow down, getting stronger, and breathing deeply. We had just spent two nights at Noyhener Beach (which is about as far as you can get from anywhere) exploring the natural wilderness of the coast and taking in the profound cultural significance of the area.

It was February 28. After packing up camp in the morning we were hiking through a patch of coastal forest climbing up a hillside.

The sun was warm and the breeze more than a touch stronger then ‘fresh’. We were feeling excited about a big day seven climbing over the South-West Cape Range. Then we heard a helicopter.

My first thought was for the well-being of a fellow hiker we’d met in the area. Were they in trouble? But, then the sound of a second chopper? That’s weird, really weird. I rushed up the track aiming for an open buttongrass ridge to get a look. As I did this the sound got louder and more confusing…was that a third chopper? A fourth? Topping out on the ridge bought quite the show as another helicopter swung in towards the beach. They were landing on Noyhener beach, our haven for the past two nights. What was going on? 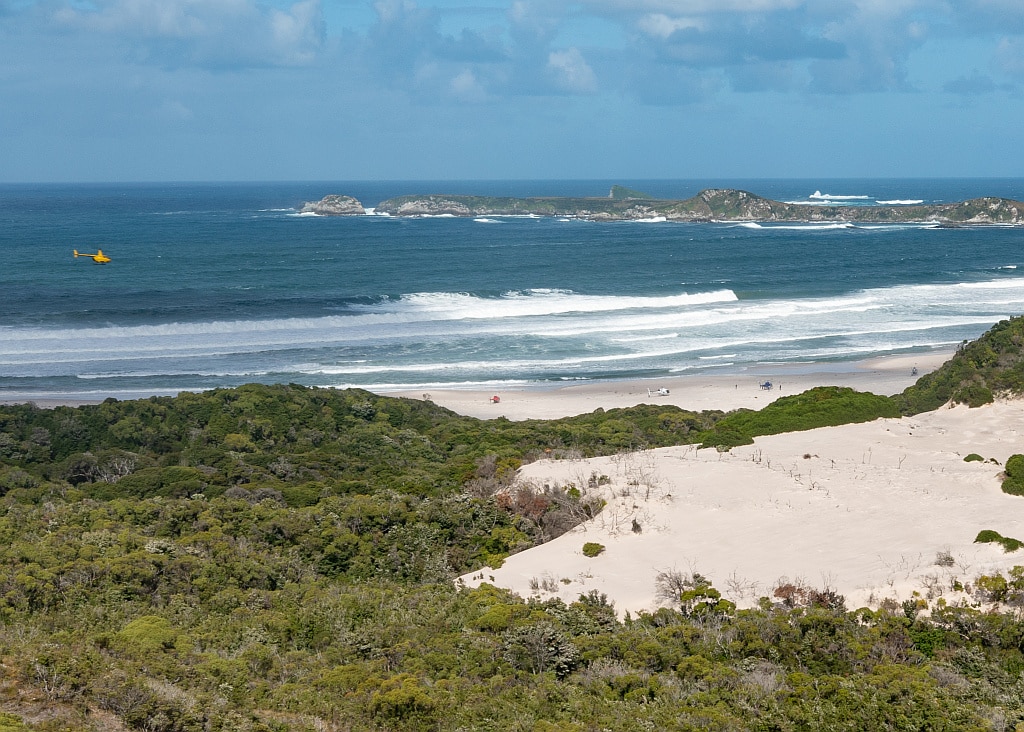 All sorts of possibilities ran through my head.

An army exercise? A disaster of some sort? A visiting dignitary? Most likely a tourism developer on a junket given the current ‘eco-tourism’ policy of the Tasmanian government…

As we got some more elevation I reached a clearing and was able to drop my pack and take some photos. All the while yet more choppers could be seen approaching. Over the next twenty odd minutes we counted 14 or 15 helicopters in total swing in from the north, bank sharply over bushland and land on that beautiful wild place we’d just spent two days exploring and respecting.

After they got out of their machines, we surmised they were tourists of some sort. They were dressed inappropriately for the location, wandered about looking at each other’s shiny toys and then started leaving.

The whole show lasted less than an hour. Their “Wilderness Experience” continued down the SW coast and out of sight. All they left us with was a strong smell of jet fuel and a sharp severing of that carefully planned escape we had executed from cities and machines. A week of hard won wildness melted in moments. It took us several days to process the disruption we had just encountered.

The people on those choppers probably spent a day or two in Tasmania, they bought a bit of fuel, had a couple of meals, maybe even stayed in a hotel for a night. But what did they really give Tasmanians? Some anxiety perhaps?

Although I seek deep wilderness immersion to ‘escape’ the trappings of a busy life, others retreat to their rural property on the Tasman Peninsula or their shack on the east coast for their slice of solitude. Maybe a spot of fishing or a wander in their local bushland to wind down. We are all spending lots of money all the time and are deeply invested in the essence of what makes Tasmania unique.

A single act from well-heeled ignoramuses in helicopters damages a lot more that it will ever build.

The Tasmanian Wilderness World Heritage Area is unique for its true wilderness nature. We are currently at a tipping point, where certain interests are prepared to forever compromise its integrity. 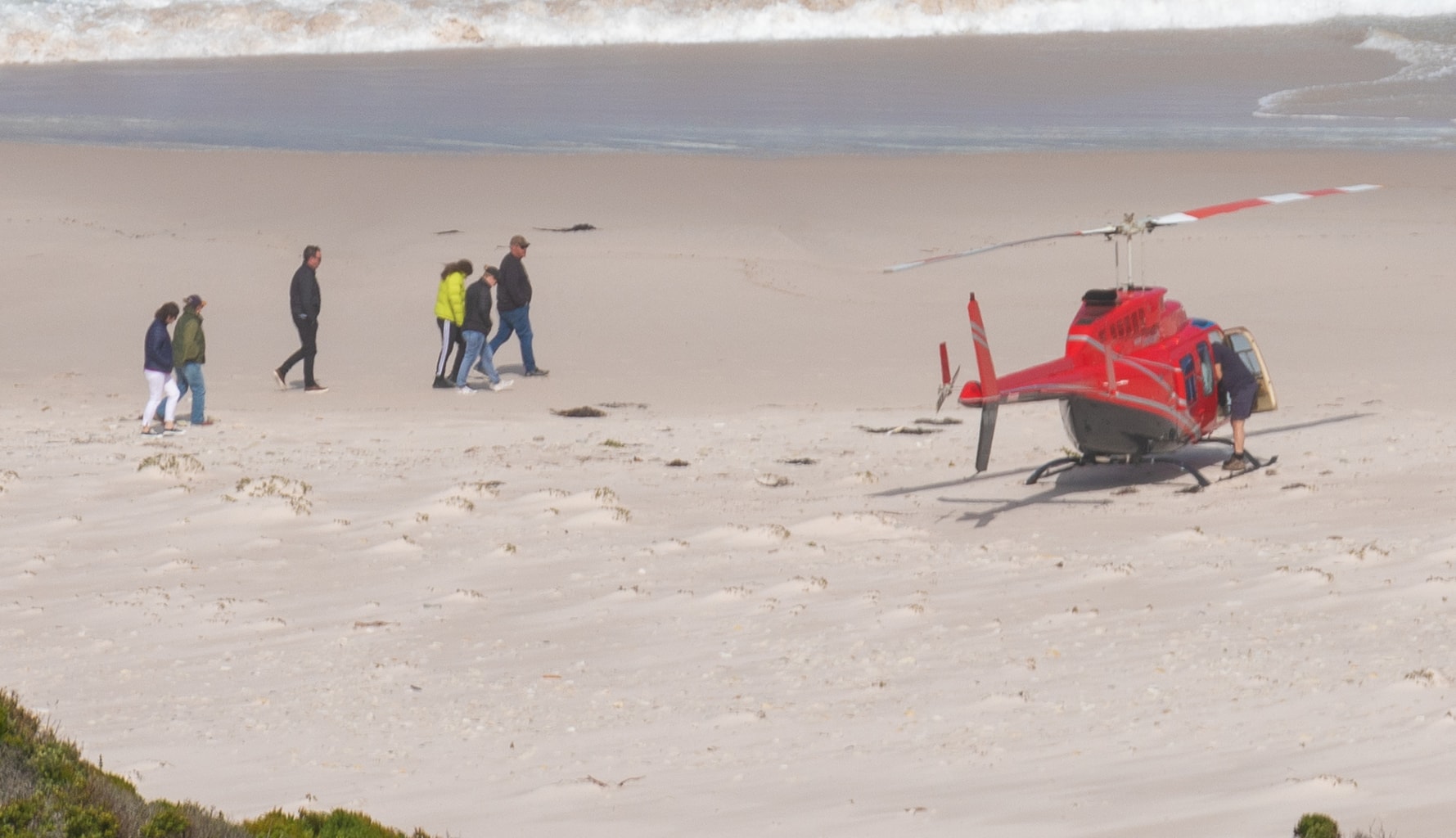 Proposals like the Lake Malbena FIFO fishing farce truly are the thin edge of the wedge.

This flock of noisy, smelly helicopters I encountered in the Southwest National Park genuinely felt like the harbingers of a very tacky and troublesome future for Tasmanian tourism. Tasmania is in mortal danger of losing the one thing it has that no-one else on the planet has: actual wilderness.

Show your outrage for this boorish behaviour from the super-entitled and write to your local member and lobby with groups like the Fishers and Walkers Against Helicopter Access (FAWAHA) in the hope the chopper operators are charged heavily for what is surely a criminal act.

We can as wilderness-loving Tasmanians can push back against this destructive tide of pointless and vacuous tourism. It’s past time the government and tourism bodies listen to and reflect upon the wishes of their bosses, the Tasmanian taxpayers.

All images in this post supplied by and copyright to ©Dan Broun 2020.

Dan Broun is a wilderness photographer and filmmaker based in Hobart. He’s an avid bushwalker having explored vast tracts of the Tasmanian wilderness estate and has a keen interest in preserving natural areas for future generations to enjoy and take inspiration from. 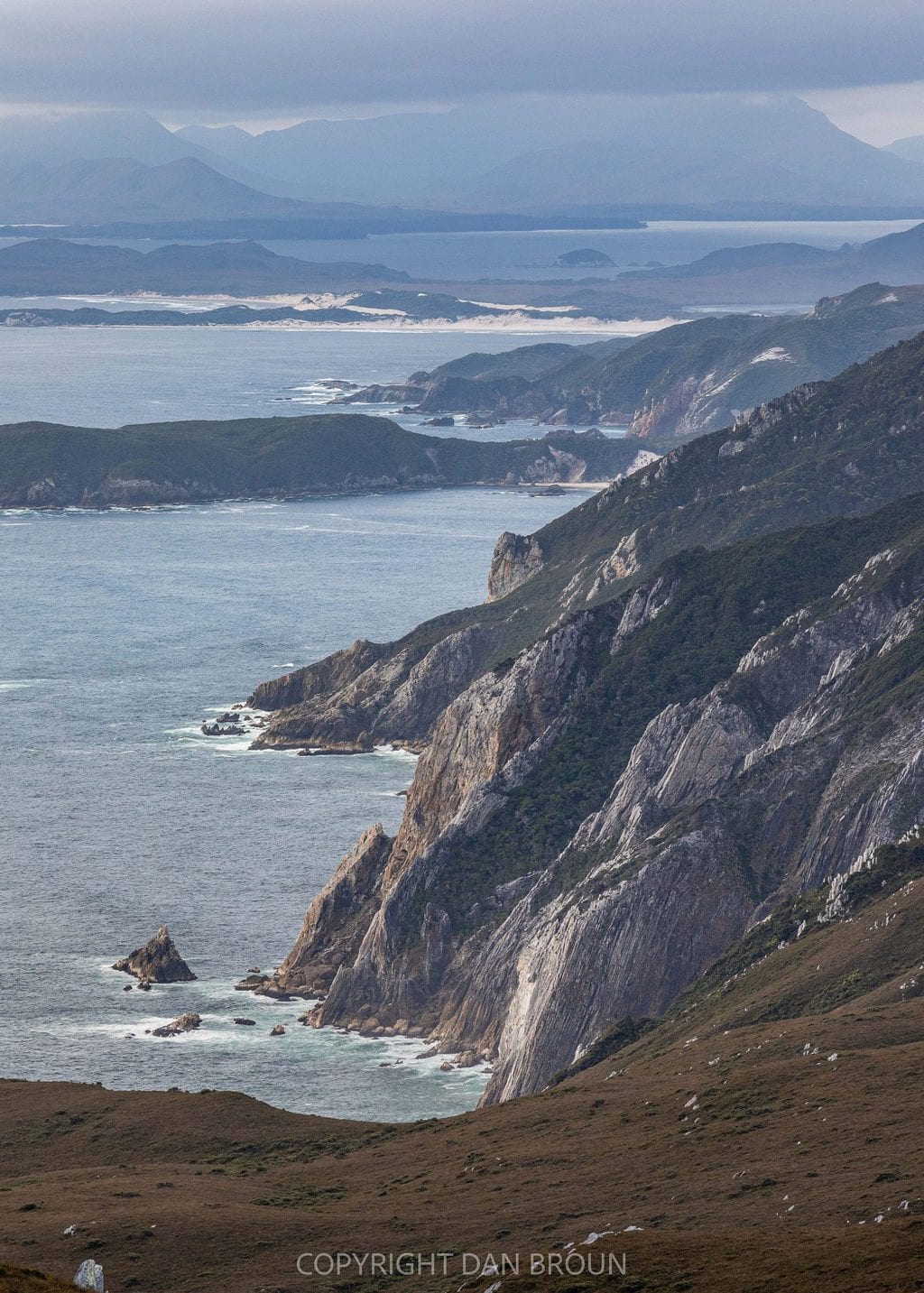