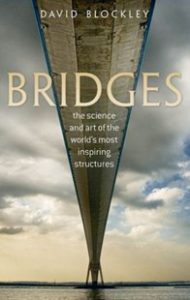 Watch the short documentary film below to see how the Tasman Bridge was constructed!

Please be advised that the documentary film may contain words and descriptions that may be culturally sensitive, which reflect the attitude of the period in which the film was produced, and which may be considered inappropriate today.

The Tasman Bridge is unfortunately best known for the collapse in January 1975 due to the ore-carrier Lake Illawarra colliding with one of the support pillars. Reconstruction started in December that year and it was to be a long 22 months until the bridge was reopened in October 1977.

The reconstruction added a reversible fifth lane which will be familiar to present-day users of the bridge but is not depicted in the film.

Damage sustained during the collapse has somewhat shortened the bridge’s life span. Current estimates are that it needs to be replaced by 2040. There is currently no design for a replacement bridge.