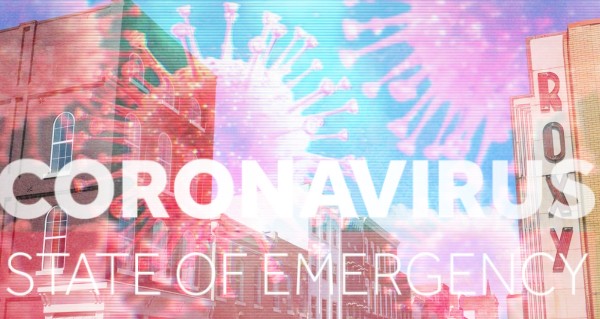 The declaration gives the government access to powers in the Emergency Management Act. “Darren will be able to take resources from Departments if and when he needs them,” the Premier said. The State Control Centre will be activated to coordinate whole-of-government responses to COVID-19.

The Premier also announced ‘the toughest border measures in Australia’. From midnight Friday all non-essential travellers will have to go into compulsory quarantine for 14 days.

“We know that this is a difficult time. We’ll take every step we can to ensure the safety and wellbeing of you all.”

He recognised it will create disruption, and asked people to work with government as measures were implemented.

The quarantine period will not apply to essential travellers – such as health care workers, emergency workers, defence personnel, air and ship crew, specialists, and essential freight personnel (truck drivers/spirit freight), and there will be stringent guidelines in place. The measures will be in place for as long as required.

Those requiring interstate medical treatment will also be able to utilise the Royal Flying Doctor Service. 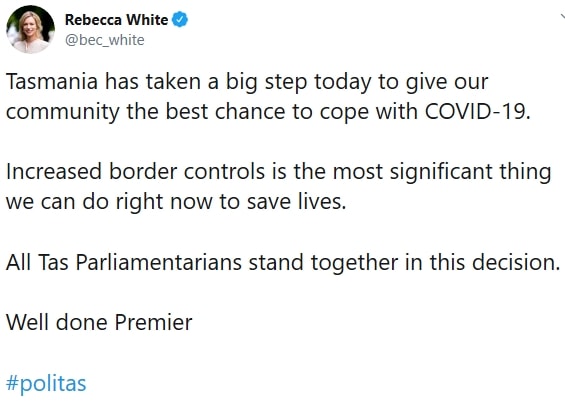 Premier said he expects people to do the right thing, however there will also be penalties for not complying with quarantine.
“Any Tasmanian can still come home,” he said. “They will obviously need to self-quarantine when they arrive.”

He said 169 people had filled out the new Tasmanian Arrival Card and authorities were keeping touch with those travellers.

“Importantly, these new measures will carry penalties,” the Premier explained. “There can be no excuse for not self-quarantining and not abiding by the rules.” Penalties for breaking the quarantine include fines of up to $16,800 fine or up to 6 months in prison.

He said the ships will continue to run and TT Line might be able to carry more freight due to less passenger demand.

The Premier said the measures announced today were the next step in the government’s ‘proportionate and scalable response’ to the coronavirus pandemic.

He said in response to a question about accommodation, if it was required, that the government would consider accessing currently vacant hotel rooms for people needing to be isolated.

The government’s measures were wholeheartedly supported by the Greens, Labor and independent MHA Madeleine Ogilvie. 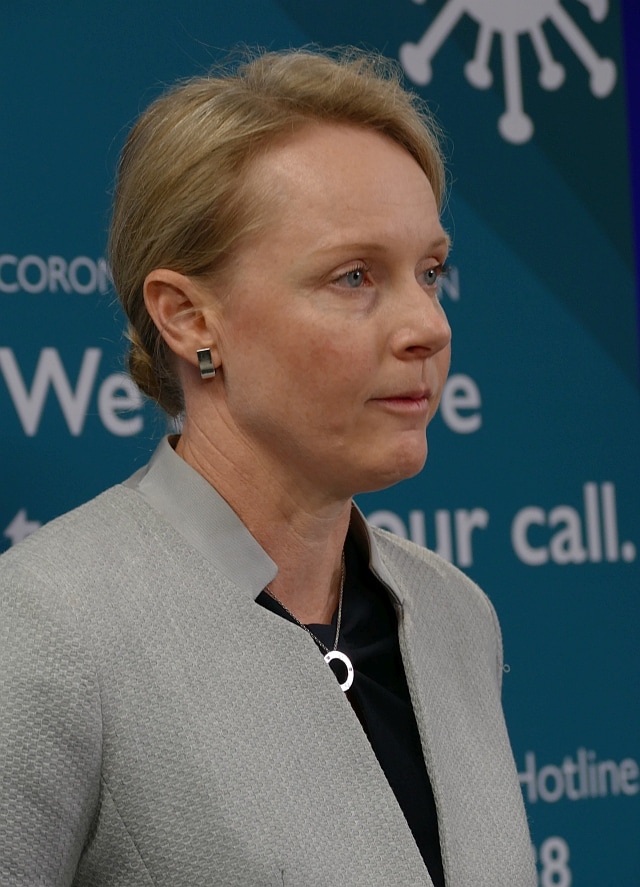 The Health Minister Sarah Courtney confirmed that there were 3 confirmed coronavirus cases on Wednesday, all in southern Tasmania. The two women and one man, all in their 40s, are thought to have brought the disease back from overseas and did not acquire it through contact in Tasmania with previously confirmed cases. The Minister said investigations were being made into their travel background and contacts.

“These are very extraordinary times,” she said. “But Tasmanians are resilient. While we do have to isolate physically from each other, it’s important as a community to look after each other.”

Courtney suggested people could phone their neighbour, help an elderly relative, support a small business and in general think about how to help.

“At times like this, our sense of community is absolutely vital.”