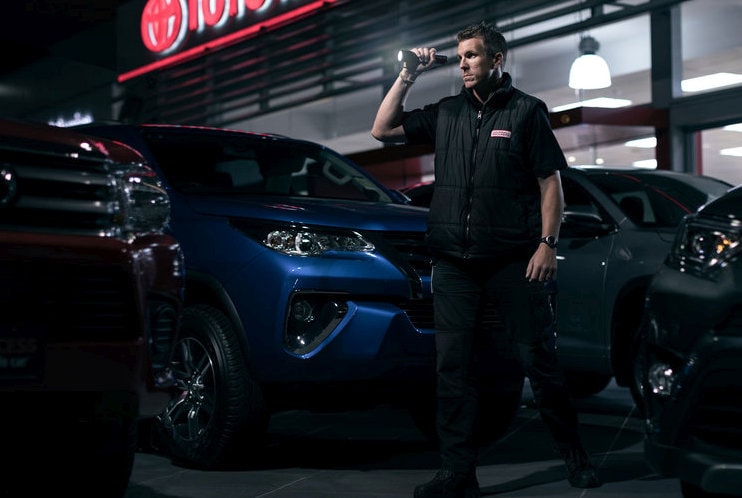 The United Workers Union has accused Coverall Security of laying off four security guards using the MONA shutdown as a pretext.

“Tasmanian workers need to be supported, not sacked, by their employers during the coronavirus crisis,” said the UWU in a statement.

They claimed Thomas Windsor, Managing Director and part-owner of Coverall Security told the sacked guards that the temporary closure of MONA is the reason for them losing their job. UWU maintains there was no consultation with the workers, no requests for the guards to use banked leave during this time, and Windsor even told the workers ‘not to bother’ fighting him on the termination.

“Thomas Windsor needs to hand back his honours from Australia Day for work supposedly advocating for mental health and depression. He doesn’t care about the mental health of the workers he has sacked, leaving them with no income to support their families at this time. Our members are despairing over their future.”

Ellis said the sacked workers had been earning a below award wage on the Coverall Enterprise Bargaining Agreement. The EBA expired in June last year and the guards had been fighting to have it terminated so they could stop earning substandard wages. “Now they have lost their jobs for trying to win themselves an award wage,” she concluded.

The UWU called for MONA to take a stand.

“MONA founder David Walsh promotes the good values and ethics of the museum,” said Ellis. “He needs to step in and tell Coverall this is not acceptable and protect these workers. They need David Walsh’s full support during MONA’s coronavirus shutdown. If workers cannot work due to coronavirus concerns, they should not lose pay or their jobs.”

United Workers Union reached out to MONA in January (see letter reproduced in full below) asking them to intervene with the below award wages being paid to the site’s security workers and had also written to them to stop the sackings that have now now occurred. “They have so far ignored these requests,” said Ellis.

Tasmanian Times attempted to contact both MONA and Coverall Security for this story.  A number contacted on the CS website rang through to another security company who said they did operational management for Coverall but could not speak on their behalf.

Coverall Security is based on Moonah. The company’s website still has an ’employment opportunity’ for 2 permanent positions as security officers at MONA. It also categorises MONA as one of the company’s projects. 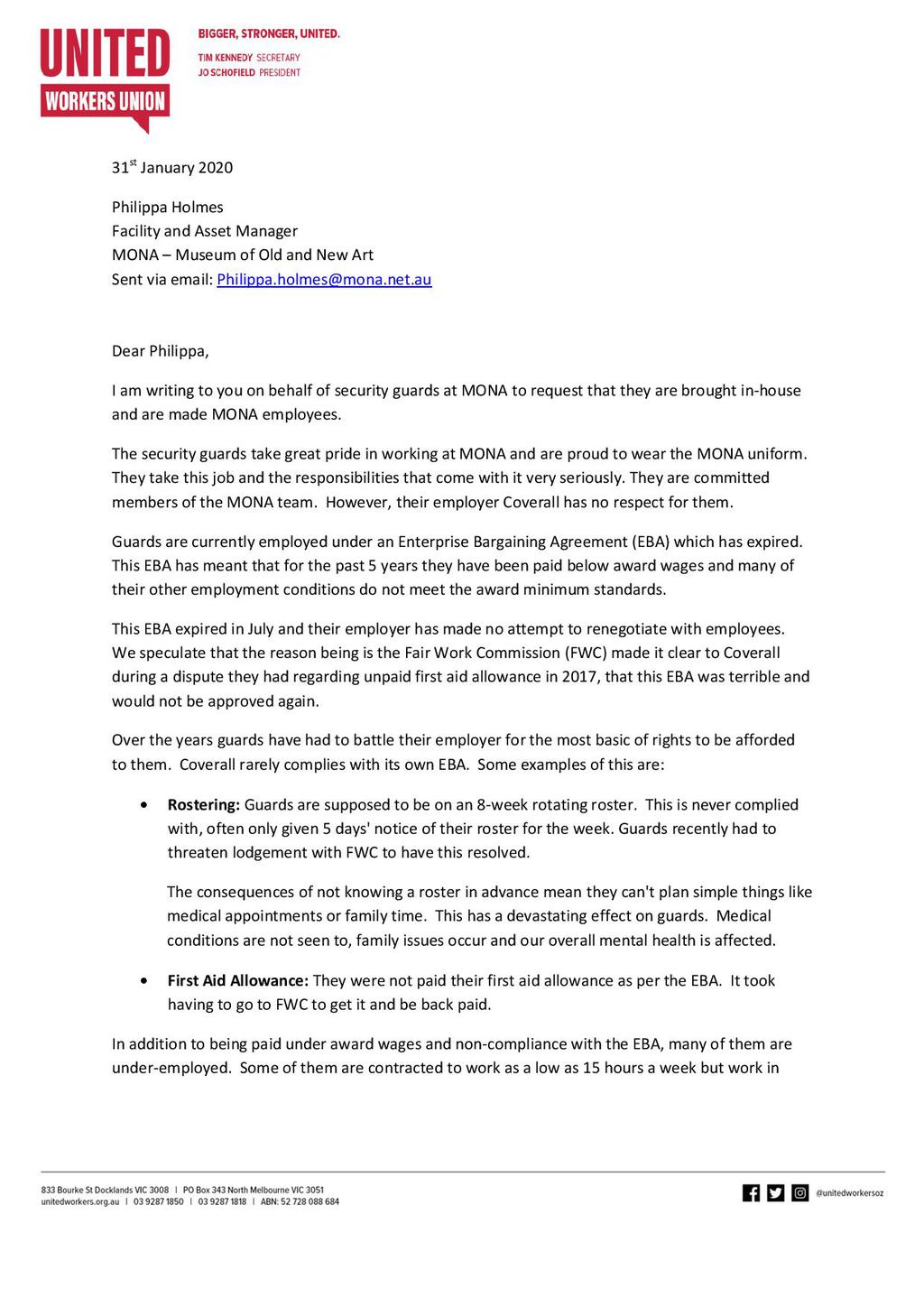 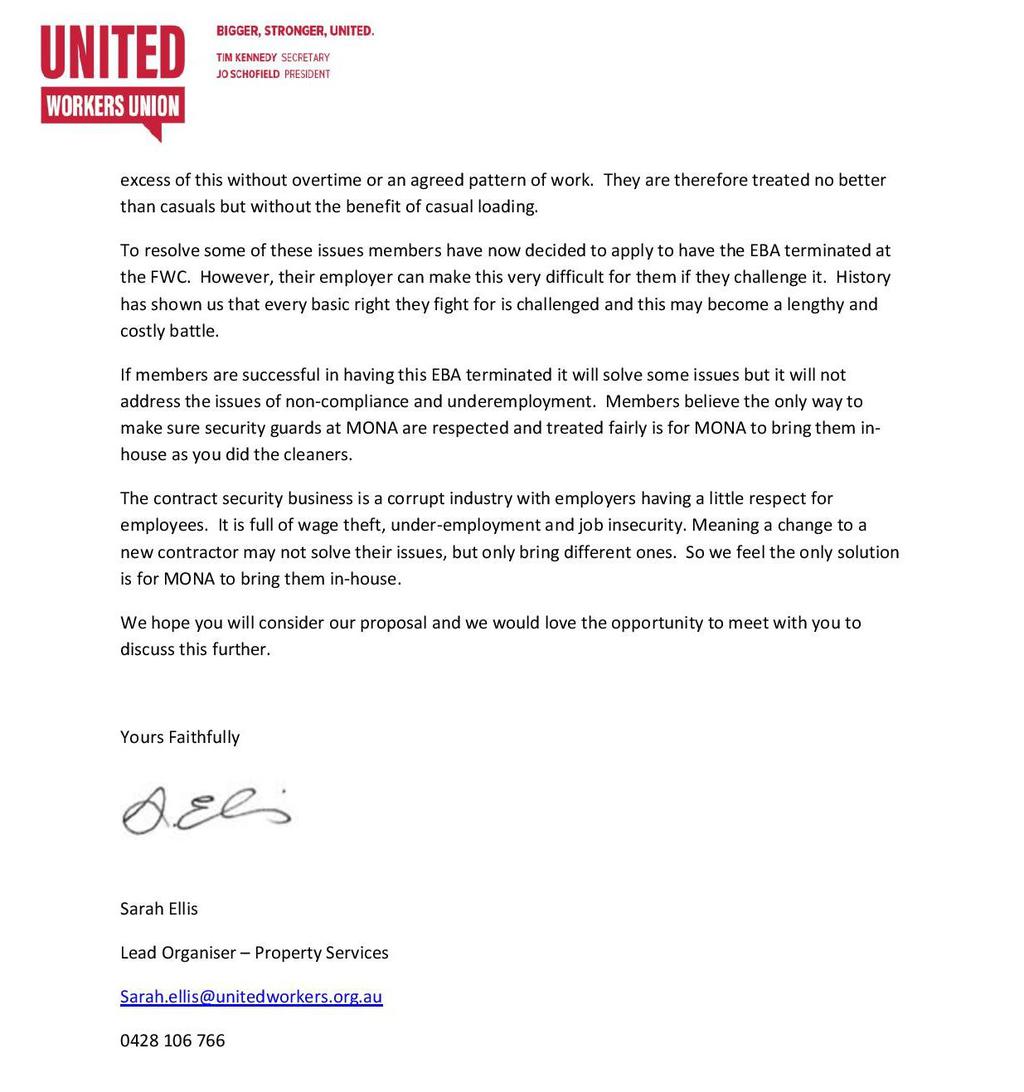