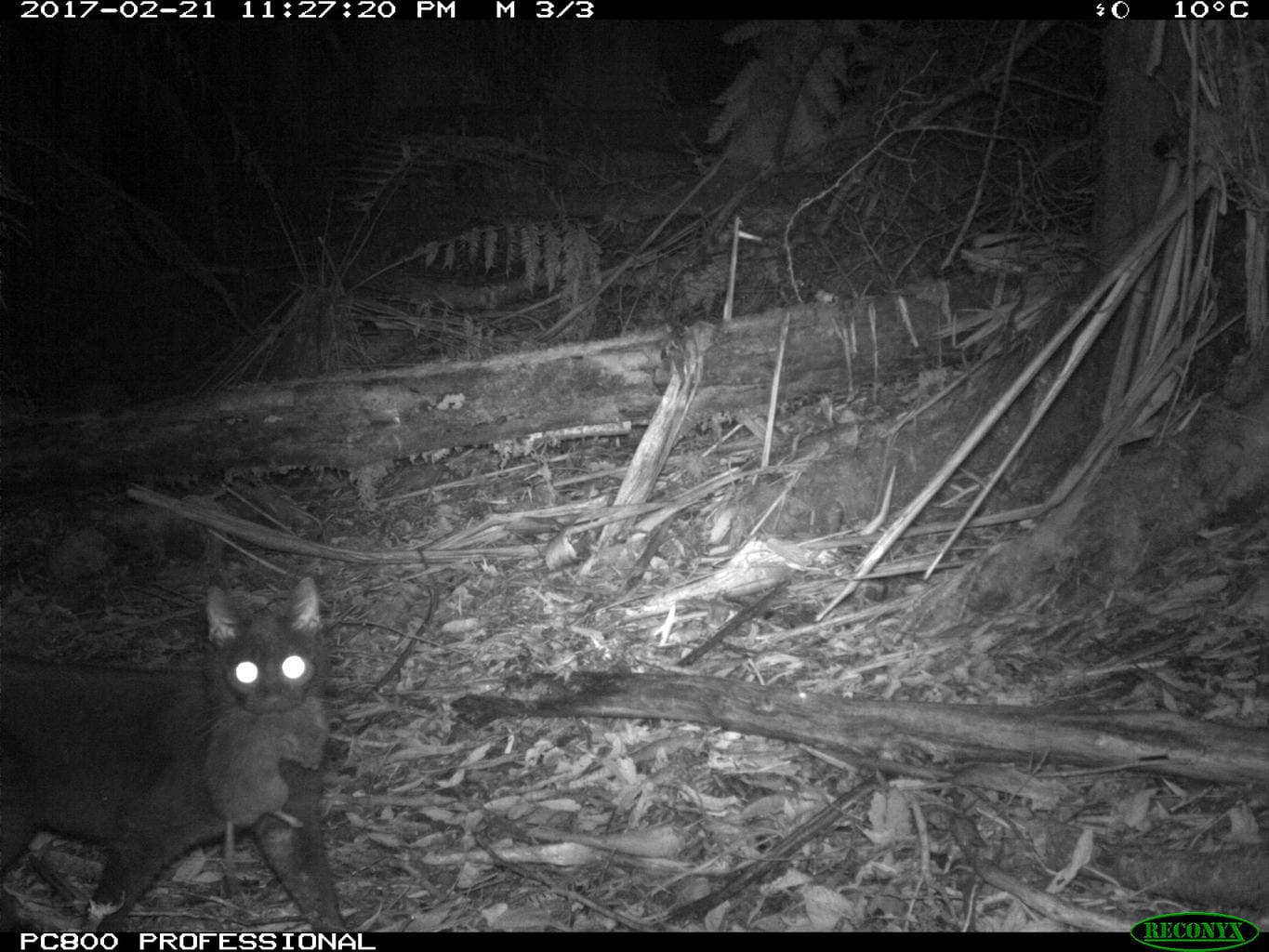 University of Tasmania researchers are more confident than ever that Tasmanian devils are helping to control Tasmania’s feral cat problem.

“When Tasmanian devils are healthy and abundant, they suppress the abundance of feral cats. This, in turn, provides much-needed protection for vulnerable prey species such as bandicoots,” lead researcher and wildlife ecologist Dr Calum Cunningham said.

The disease-caused decline of the Tasmanian devil has had rippling effects through the Tasmanian ecosystem. This is because the devil is an apex predator, a predator at the top of the food chain; critical for regulating ecosystems.

The research, published in Ecology Letters, shows that feral cats are 58 per cent more abundant in areas where devils are rare, and the southern brown bandicoot is only highly abundant when cats are rare.

The research also highlights the potential benefits of reintroducing Tasmanian devils to mainland Australia, where they existed approximately 3,000 years ago.

“Devils could help to control not only Australia’s feral cat problem, but also potentially reduce the numbers of introduced foxes on mainland Australia,” Dr Cunningham said.

“We suggest a tightly controlled experiment to test whether devils could once again provide benefits to the biodiversity on mainland Australia.

“The experiment would need to be carefully designed and carried out in a fenced-in enclosure so the devils could be immediately removed if there were any issues,” he said.

In the short term, Dr Cunningham will further develop his knowledge of the world’s ecosystems to help address extinction issues. He is among five recently announced 2020 Fulbright scholars from the University of Tasmania.

This time next year, Dr Cunningham will be based at the University of Washington in Seattle, where he will research the recovery of wolves and the decline of Tasmanian devils to better understand how predators affect the wellbeing of ecosystems and humans.