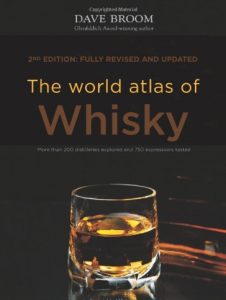 The company has reached agreement with Sawford Distillery for the sale of the Overeem Single Malt Whisky trademark and limited whisky inventory for $962,000 with settlement on 29 June 2020.

AWY Managing Director Geoff Bainbridge said the sale is in line with the 10-year company vision announced at the most recent AGM. “On our vision to Lark becoming what Penfolds is to Australia wine, AWY is taking a holistic approach to growth, and where appropriate disposing of non-core assets while maintaining our connection to the Tasmanian distilling community,” Bainbridge said. “The sale of the Overeem trademark will allow AWY to increase focus on Lark and return the Overeem brand to its founding family in order for both brands to achieve their fullest potential.” 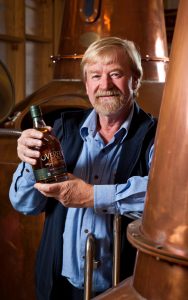 “We never really let it go. It’s still our favourite whisky. It’s what inspired my husband and I to start Sawford Distillery,” said Jane Sawford (nee Overeem) who, with husband Mark Sawford, co-founded Sawford Distillery in Kingston on the same site the Overeem story began many years earlier. Casey Overeem began Overeem Distillery in 2007, as one of the founding distilleries in Tasmania
together with his daughter and co-founder Jane.

Bill Lark, known in distilling circles as ‘the Godfather of Tasmanian whisky’ said, “It gives me enormous pleasure to see the
wonderful Overeem brand back in the hands of its founding family at a time when Lark is embarking on an exciting global vision and the Overeem family have reached a position of moving forward as a strong member of the Tasmanian whisky story.”

The AWY Company Report for 2018-19 did not foreshadow the sale of Overeem, leading to speculation that the company lost patience trying to build a future for the brand.

A spokesman told Tasmanian Times a multi-brand model was not ideal for Overeem at the present. “It’s a win for us to be able to focus more on Lark, and a win for the family to have their own brand back home.”

He indicated that Lark expansion overseas required a firming up of supply to meet expected demand and that was something the company was working on. AWY remain committed to the Nant distillery at Bothwell, he said. The company took a $1.6m hit in the 2018-19 financial statements from Nant with $1.36m in writedown and impairment as well as $240,000 in trailing legal bills.