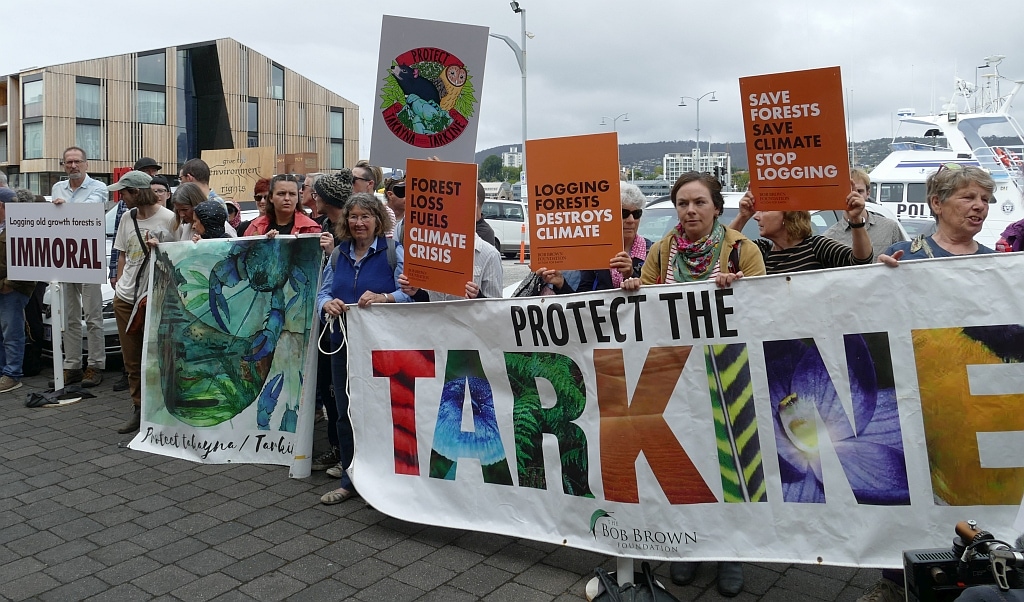 Bob Brown Foundation has moved to place the Gutwein government-backed edict banning ‘all forest protest activities’ on giant trees scheduled for logging throughout the Tarkine. It will follow up in the Southern Forest’s Swift Parrot habitats and other to-be-logged areas of Tasmania’s wild forests.

Under the government edict it is illegal to remove, damage or deface such notices, which must be displayed in ‘a prominent place’ and doing so ‘may incur a maximum penalty of $5,000 for an individual or $25,000 for a body corporate’. Sustainable Timber Tasmania, Ta Ann and Britton are body corporates.

“If loggers remove, damage or display these notices on trees they are about to slaughter, they become liable to a $25,000 fine. So I presume they will have to calculate whether each tree is worth more than $25,000 to their profit line,” Bob Brown said in Hobart today. 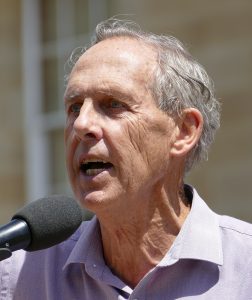 “On first look, it does seem that WorkSafe Tasmania, acting with the Gutwein ministers’ collusion, has offered a tactic to bring a halt to logging in the island state’s contentious forests. And, of course, this intervention will rightly focus attention on what an unnecessarily dangerous industry old growth logging is.”

Responding to the edict today, Bob Brown said that the government edict may end up being an own goal.

“Meanwhile, this foundation was set up to defend Tasmania’s wild and scenic heritage and we will continue to do so. There are about a dozen citizens up at Sumac Ridge’s cathedral-like rainforest in the Tarkine, continuing their devoted work in protecting one of the world’s last great unprotected rainforests. Premier Gutwein should be ashamed that he is destroying rather than guaranteeing this magnificent Tasmanian asset.”

For comments please join in our Forestry topic in the Forums.