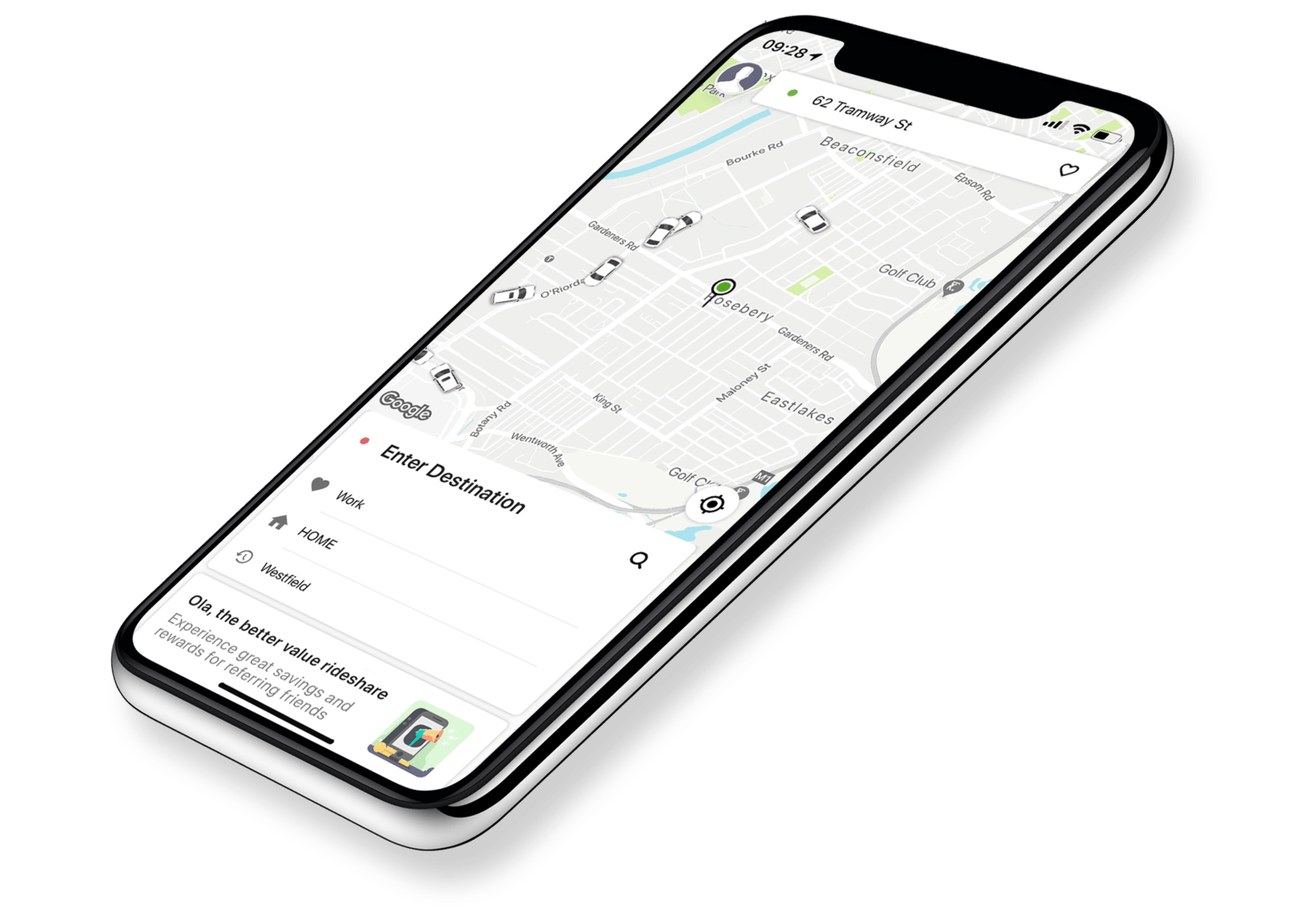 Ola, a transport service app, launches in Tasmania next week in Hobart and Launceston. The app is offering new customers discounts on their rides in Tasmania for their first two weeks.

The Tasmanian launch of the platform is part of an expansion for Ola across nearly 30 new cities and regional hubs Australia-wide, as it brings more competition to private transport services throughout the country. With Ola launching in Darwin as well, the app is now offering services in every Australian state and territory.

Simon Smith, Managing Director of Ola Australia and New Zealand, says the service has received positive feedback to the news that it will launch across more capitals and regional towns, with Tasmanian drivers signing up to the platform.

“By launching in Tasmania, we’re giving locals in Hobart and Launceston a new option for getting around town and helping drivers make more money on their own schedule – whether it’s driving during the weekend, morning and evening peaks, or just during their spare time,” Smith said. 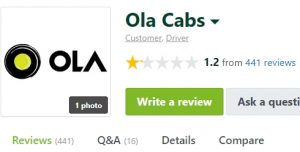 Ola has a measly 1.2 star rating (out of 5) on review site Product Review on a substantial base of 441 reviews.

Over 400 of those gave the service just 1 star, the lowest possible rating.

One irate customer last week said, “I took a ride from airport to my house it cost way expensive almost twice I paid when goin to airport from my house. WILL never ride with OLA again. Would rather take taxi from the airport $35. Driver said there is peak. But there are heaps of drivers around the airport. This is ridiculous if i know i will be charged this much i would not taken the ride.”

Andrew C. alleged a scam, saying, “Months after I took an ola trip and deleted the app, ola changed the ride fee from $4.50 to nearly $50. When I later redownloaded the app to use it, they wouldn’t review the charge because it was over 3 months old. Now they’ve sent it to a debt collector ecollect who harasses me about it even though I don’t owe anything! I have now contacted the ACCC.”

Ola has 75,000 drivers across Australia and now in Tasmania. Drivers here will need a current Tasmanian drivers licence held for over 12 months with an ‘X’ Condition.

The company claims to take lower commissions from fares than other private transport service apps such as the better-known Uber, however the commission structure is not visible without completion of the sign up form. Tasmanian Times understands that it is around 15%. The Ola website appears to indicate that commission differs between cities.

Passenger fares definitely vary between locations and include a base fare, per km and per minute fee, booking fee, minimum fare and wait fee. Per kilometre fee for a sedan ranges from a low of $1 in Perth to a high of $1.45 in Sydney.

The company says it “is committed to developing new industry-first safety features which will give both customers and drivers added peace of mind.” They have adopted a new ‘start code’ system. It works by sending passengers a unique four-digit code when they book a ride. This is then shared with the driver who must successfully enter the code into the app before the ride can begin, making sure the right passenger is matched with the correct car and driver.

Ola only requires police checks of its drivers in Sydney and Darwin.

Ola operates in capital cities and major regional centres across Australia with more locations scheduled to go live in the coming weeks. In New Zealand, the company operates in Auckland, Wellington, Christchurch and eleven regional locations across the country.

The Ola website has advice for drivers including how to deal with difficult passengers including ‘over-enthusiastic’ ones who “may display undesirable behaviour after indulging too much alcohol.” A range of tips are provided including that “You could (also) keep vomit bags in a handy location for such emergencies.”

Ola was founded by two Indian entrepreneurs in 2011.