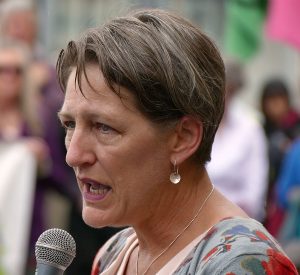 World Social Justice Day shines the spotlight on Premier Gutwein’s promise of a ‘compassionate’ government for Tasmania and it reveals the Liberals’ spin over substance.

The 2020 theme of Social Justice Day, ‘Closing the Inequalities Gap to Achieve Social Justice’, is not what we are seeing in Tasmania under the Liberals.

Everyone should have access to quality and affordable public health care, housing and education. These are the foundational pillars of individual and community wellbeing, and in Tasmania they are manifestly under-resourced.

Tasmania has a health system in desperate need.

The brand new build at the Royal Hobart Hospital is empty, apparently unusable and public haven’t be been told why.

Given the Premier’s characteristic lack of openness with Tasmanians, this refusal to say why K Block is empty feeds cynicism and suspicion about why, when the need is so urgent, new facilities remain closed. Is it the money that will be needed to pay extra staff?

Rents in the private market have soared, pushing people in to homelessness. More than 3,000 people on the public housing waiting list are either homeless or living in insecure housing years because of the Liberals’ unforgivable lack of investment in new housing between 2014-17.

Under the Liberals, low income families, students and pensioners are struggling to find homes or access critical health care. Premier Gutwein’s claims we are living in a golden age are hollow, heartless, and out of touch.

The Liberals continuously clinging to population growth as success is a false economy. There’s no doubt that with more people can come more prosperity, but it’s disingenuous to ignore the added pressure on social services like hospitals, schools and housing supply.

We know that as the climate continues to heat, more people will want to make Tasmania their home. The Liberals, however, have failed to plan for population growth already occurring.

On Social Justice Day, the Greens are calling on Premier Gutwein to get real about his ‘compassionate Tasmania’. If he is serious about compassion, he needs to change direction and Tasmanians need to see clear intent in this year’s State Budget.

For comments, please see our Budget topic in the Forums.