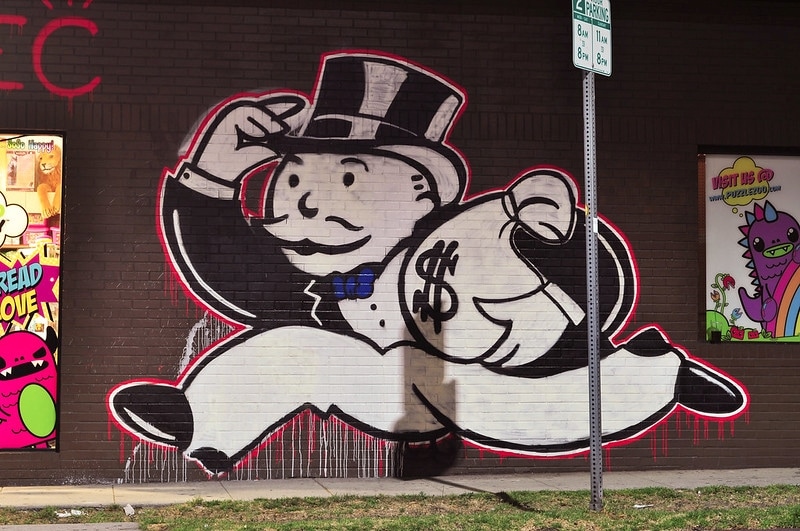 Only 19 cents in the dollar of donations to the Liberal and Labor parties in Tasmania are traceable, according to the Tasmanian Greens.

The party made the claim as the Australian Electoral Commission released political party donations information for 2018-19. The comparable figure for the Greens themselves is 36 cents.

The lack of transparency is due to a reporting threshold of $13,800. Parties are not obliged to reveal the identity of donors of sums under that amount. 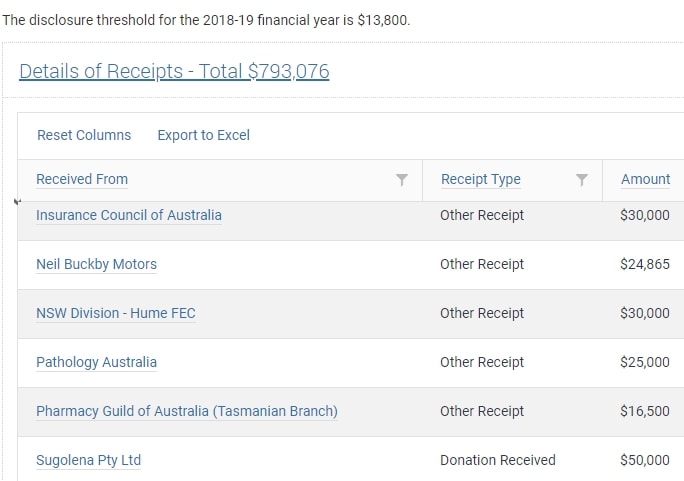 Some of the donations to the Tasmanian Liberals.

Shadow Attorney General Ella Haddad said that under the current law – where the disclosure threshold is $13,800 – “the Tasmanian Liberals have been able to get away with hiding the identity of those who’ve contributed a significant proportion of donations they received.” She described Tasmania’s donation laws as ‘the worst in the country’. “Peter Gutwein needs to tell Tasmanians whether (they) can expect transparency under his leadership, or not,” she said.

Meanwhile Labor pocketed $1.2 million of which just $72k was revealed in detail. The declared funds were election funding from the AEC and union donations from the Health and Community Services Union ($34k) and Shop Distributive & Allied Employees Association ($16k).

The Greens were quick to do the math, concluding that “we only know who the donor was for less than 19 cents of every dollar donated to the Tasmanian Labor and Liberal parties.” Leader Cassy O’Connor claimed that  major parties were more worried about looking after vested interests that bankroll them than they are about looking after Tasmanians. “They are using a veil of secrecy to deflect scrutiny and avoid accountability,” she said.

The Greens themselves took in $585k of which $209k was detailed. Apart from donations channelled through their Federal body, their main donor was entrepreneur Graeme Wood ($30k). The party called on the Labor and Liberal parties to match the Greens by releasing all donors who gave more than $1500 across 2018-19.

Other parties registered in Tasmania who reported donations were Australian Conservatives, $22k, and the Jacqui Lambie Network, $70k. Almost all of the AC money was from their Federal body. JLN revealed $18k of their donors, being election funding of $10k and the rest small individual donations.

National the biggest fundraiser was Clive Palmer’s United Australia Party. The UAP recorded just under $90 million in receipts, easily the largest with no other party entity topping $50 million.

The source of almost all the money was Palmer’s company Mineralogy Pty Ltd.

Donations information on campaigners showed that the Minerals Council collected almost $24 million. The organisation donated to both the Labor and Liberal parties in 2018-19.