Tasmanian Labor have called for allegations of worker exploitation in seasonal fruit picking operations in Tasmania to be investigated.

Shadow Minister for Workplace Relations Michelle O’Byrne said anyone who works in Tasmania deserves fair conditions and protection from exploitation, including foreign workers.

“Most people would be horrified to hear of the living and working conditions for these people,” she said. “For this to be occurring under a government scheme is even more concerning.”

The call came following the evacuation last week of approximately 77 Tongan seasonal workers from a five-bedroom house in Shearwater due to overcrowding and inadequate conditions. The Latrobe Council was grilled in a packed council meeting on Monday about its handling of the situation.

Mayor Peter Freshney admitted there were concerns around the building’s fire security. Tasmanian Times understands that at least one other property in the municipality, in Wesley Vale, is under investigation.

Criticism has also come in for Burnie Mayor Steve Kons over his lease of a property to third-party labour supplier Owen Pacific Workforce, based on the Gold Coast, which is engaged by fruit company Costa. Allegedly crowded, dirty and unsafe conditions have been criticised by the unions.

Many fruit pickers from Pacific countries are employed in Tasmania at this time of year. They hold visas under the Federal government’s Seasonal Worker Program. 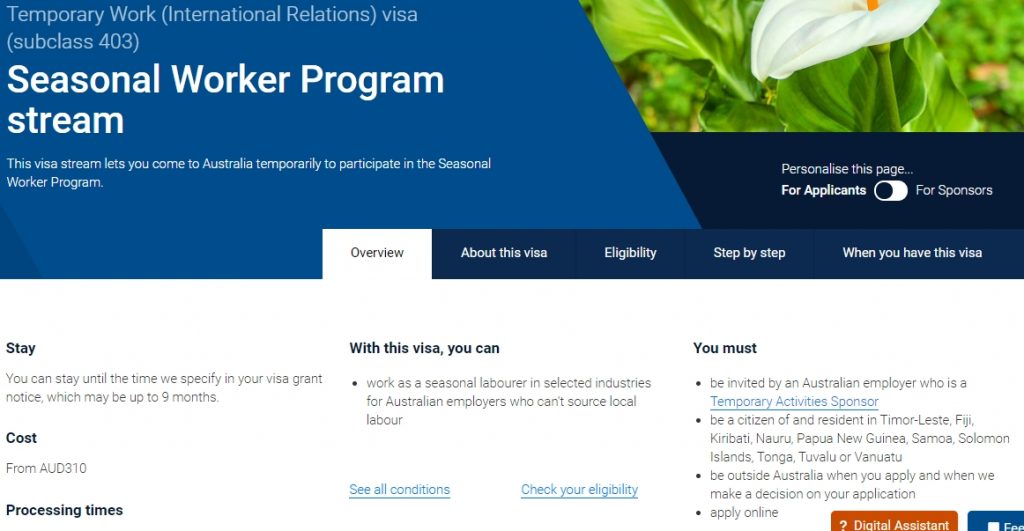 “It’s shocking to see an employer going to great lengths to create squatter-like conditions at the consequence of a whole lot of workers over here to support the farming industry,” Daniel Walton, national secretary of the Australian Workers’ Union, said. The AWU described the living conditions as ‘substandard’ and is holding talks with seasonal workers tonight (Thursday) in the area.

“Among the allegations we’re hearing this week is that money is being held from workers’ wages to pay for debt the company says is owed,” said O’Byrne. “There is a need for new wage theft laws to combat systematic, widespread or blatant under and non-payment of wages and other employment benefits. Such an inquiry must not be limited in a way that would prevent investigation of labour hire practices.”

A Tasmanian Greens spokesperson said that they are supportive of the idea of a Parliamentary Inquiry, and keen to work with Labor to make sure the terms of reference are watertight and explicitly capture all forms of employee exploitation. “Of course we are very concerned about the exploitation of workers, whether that’s wage theft, poor conditions, unsafe workplaces, or punitive management,” they said in a statement to TT. “Every employer should meet Australia’s workplace standards and treat workers fairly. There is no justification for treatment like this for any worker, regardless of where they come from.”

“We’re very concerned that those operations are doing the right thing by their workers, that they’re meeting their obligations under local planning permits and they’re looking after people generally,” said Minister Roger Jaensch. “I think that’s what Tasmanians expect.”