new Premier, Peter Gutwein – we accumulated quite a few comments about the new Premier, see the article from his Monday press conference.

housing funding – Clark MHR Andrew Wilkie blasted the state government for being ‘unresponsive and insensitive’ the housing crisis. He pointed to a Federal Productivity Commission report that showed that in the 2018-19 the government cut funding to social and public housing as Tasmania had the highest proportion of people suffering repeat periods of homelessness. “Safe and appropriate housing is a fundamental human right,” he said. “The Tasmanian Government must stop relying on every other level of government to solve the housing crisis.  This is actually a core state responsibility and the new Premier, Peter Gutwein, must act immediately to provide adequate housing and homelessness services to society’s most vulnerable.” Labor leader Rebecca White said ““We are committed to delivering a better, fairer Tasmania and ensuring all Tasmanians have access to essential services such as health and housing, where and when they need it.” Labor Shadow Minister for Housing Alison Standen agreed, saying that “Since the Liberals came to government public housing waiting lists have increased by more than 50 per cent, wait times for priority applicants have increased from 21 to 61 weeks, and rental affordability is the worst in the country.” 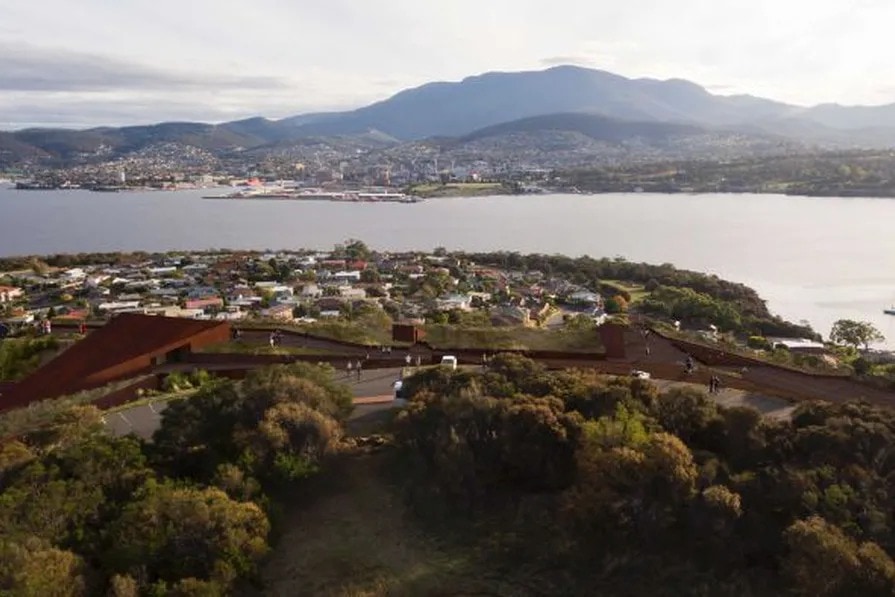 Rosny Hill development –  The Clarence Council this week approved the development application for a much-contested hotel project on Rosny Hill. Councillors voted 8-4 in favour of the 60-room hotel, restaurant, cafe and public viewing deck. “This project is strategically important for the city and the broader economy of the municipality,” said Mayor Doug Chipman. “The 5-star hotel on Rosny Hill will be a landmark tourist offering and will contribute to the activation of the night and cultural economies emerging in Clarence’s city centre.”
Beth Rees from the Friends of Rosny Hill said she was disappointed but not surprised by the council’s decision. “We’ve lost that battle but the war’s still well and truly on, donations are coming in from very supportive people so it will keep going and we will take it to appeal,” she said.
Architect Robert Morris-Nunn claimed the design was appropriate for the landscape and would be unobtrusive. “It will be a dramatic public demonstration of how to sensitively restore the whole reserve within ecologically robust parameters, showing how a bushland area completely surrounded by the constraints of urban development can come alive,” he said.

City of Hobart enterprise agreement – General Manager, Nick Heath, wrote to employees this week advising that they will not agree to meet to continue bargaining. Council’s position is that they have made their best offer and that they do not see benefit in
meeting again. Australian Services Union Organiser Karen Tantari described the offer on the table as ‘pathetic’ and noted that workers had twice voted to reject it. “We’re asking for job security in Tasmania’s largest Council,” she said. “We’re seeking to maintain additional superannuation contributions. And we’re seeking a fair pay rise in line with community expectations”. The ASU pointed out that the remuneration of just the top seven employees at Council amounted to somewhere in the range of $1.58 million to $1.72 million last financial year. “We fail to see how this General Manager can think he and his Directors deserve such huge salaries whilst his workers just can’t get a break,” said the Union.