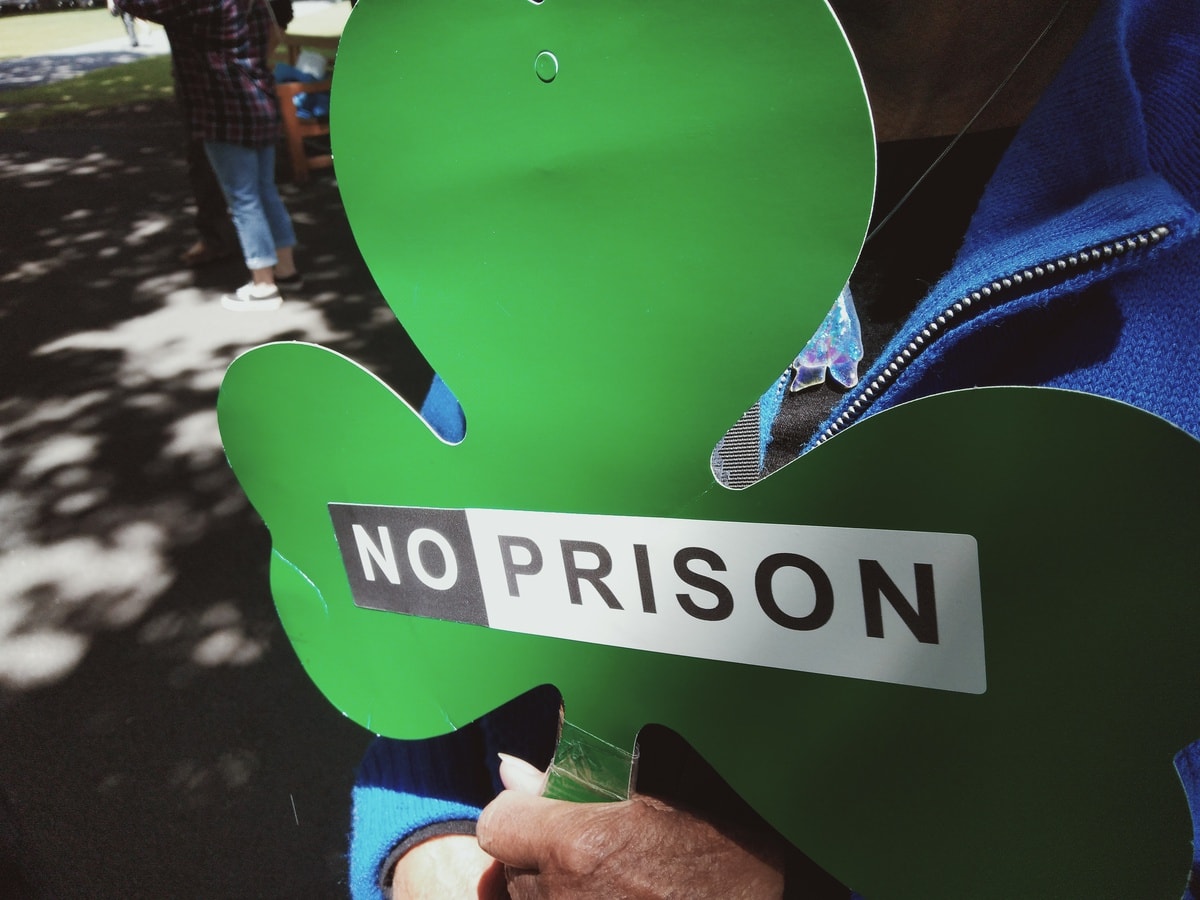 Tasmanian Times spoke with Heather Donaldson of WRAP – Westbury Residents Against the Prison – about her group, the prison, and the upcoming consultation meeting with Minister for Corrections Elise Archer.

On Thursday 5 December a group of approximately thirty people from Westbury made the long journey to Hobart to protest. The focus of their action was the proposed Northern Regional Prison which the state government appears to prefer siting in the existing industrial zone at Westbury.

The protest was held in front of a display of 75 balloons. The balloons were ratioed as one balloon for every ten people who had signed their petition against the project. WRAP chose green, white and orange colours for the balloons as a nod to the Irish heritage of the village and their well known St Patrick’s festival.

Westbury Region Against the Prison said in a statement:

We are holding a twilight vigil and information session at Fred and Mary Baker’s property on Birralee Rd., immediately next door to the proposed prison site. The vigil will be held this Sunday Dec 8th at 6.30 for a 7pm. start. There will be balloons on the gateway. 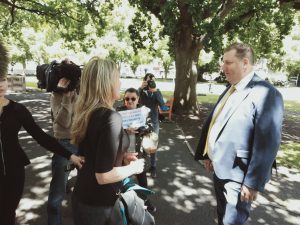 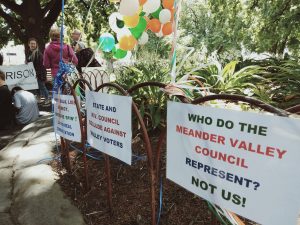 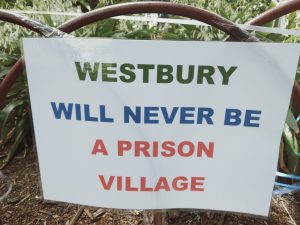 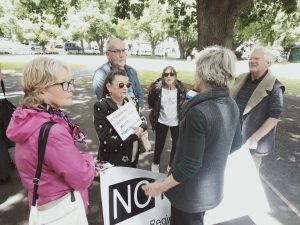 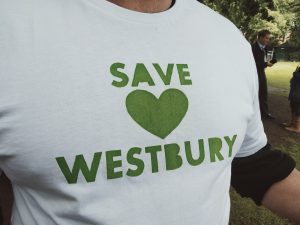 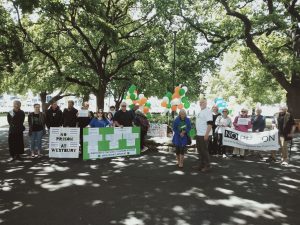 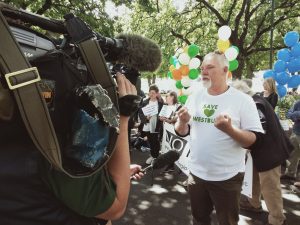 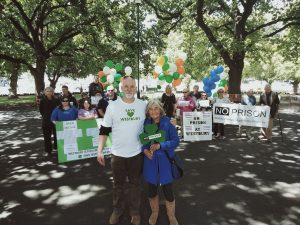 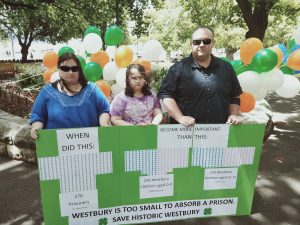