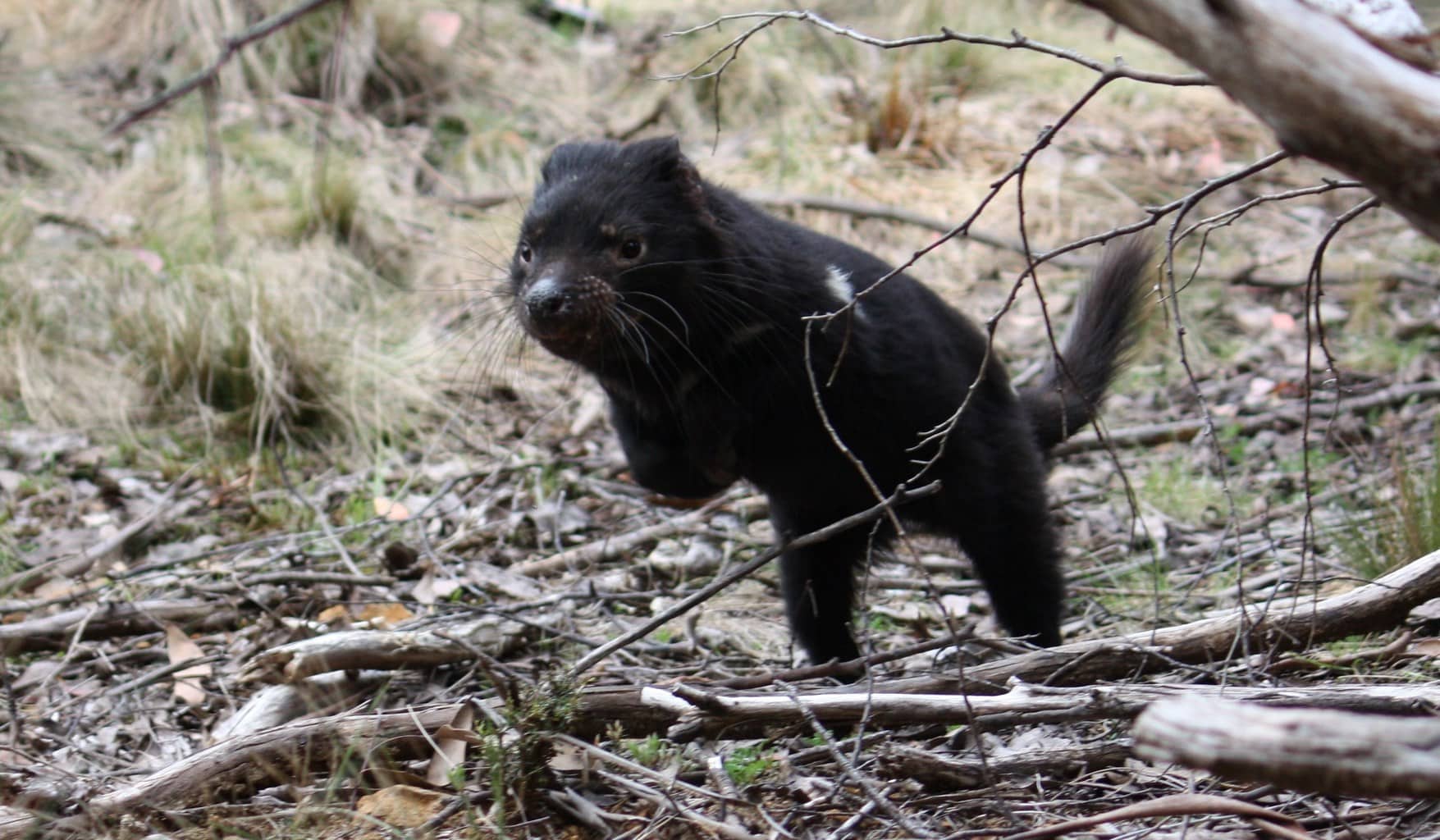 University of Tasmania researchers joined international colleagues at the Ecological Society of Australia Conference in Launceston last month to discuss strategies for saving the Tasmanian devil.

Devils with facial tumour disease (DFTD) were discovered in north-eastern Tasmania in 1996. The disease has since spread to more than 90% of the island and eradication is not considered feasible.

In 2104, a second and independently evolved transmissible cancer, devil facial tumour 2, (DFT2), appeared. It remains restricted to a small region of south-eastern Tasmania.

“This is such a big, complex problem,” Dr Rodrigo Hamede of the University of Tasmania said. “We have people with expertise in genetics, immunology, disease and veterinary science involved from around the world. “Our discussions included a potential vaccine for DFT2, and the natural resistance that we’ve already seen in devil populations.”

“We have seen more than 50 cases of animals ridding themselves of tumours without any human intervention. We will investigate these responses to see whether we can build resistant populations in the future.”

University of Tasmania researchers at the Launceston conference gave presentations about the following projects.

Andrew Flies is exploring the success of bait-delivered vaccines for rabies control, a technique that eliminates the need to trap and handle every animal.

But first the researches need to find the immune system-triggering molecule unique to the facial tumour cells. This will help them ‘teach’ the immune system what to respond to. They also need to master the logistics of bait delivery. The initial focus of this work is on the containment of DFT2.

David Hamilton and his colleagues have compared the ‘social networks’ of Tasmanian devils before and after infection. Their aim is to find out how the devils’ social lives influence potential transmission, and whether they change their behaviour once infected.

They found that males during the mating season were most likely to be bitten.  Once infected, however, they were less likely to interact with other devils. These results could be useful in understanding the transmission process of the disease.

New research by Calum Cunningham has found that Tasmanian devils may help to protect threatened species such as the southern brown bandicoot by regulating the ecosystem.

Camera traps set up to monitor an insurance population introduced to Maria Island revealed that areas with high numbers of devils had fewer feral cats. (The cats could drive small mammals extinct if present in high numbers.)

The only way to diagnose DFTD is by analysing tumour biopsies in a laboratory. This limits the capacity of researchers to study disease transmission, progression and immunity in the wild.

Camila Espejo is seeking ways to detect DFTD via a blood test, potentially based on the expression of proteins. Clear differences have been identified between the protein profiles of healthy and diseased wild Tasmanian devils.

The conference program and abstracts are available here.