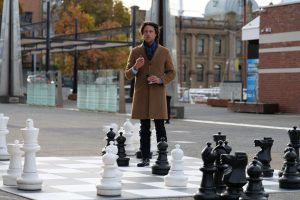 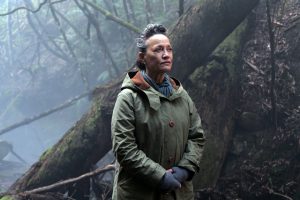 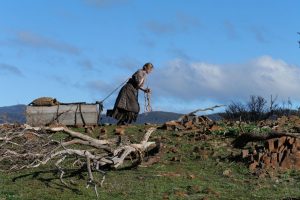 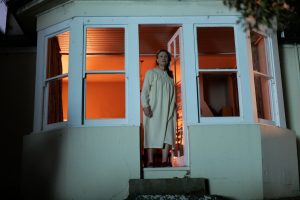 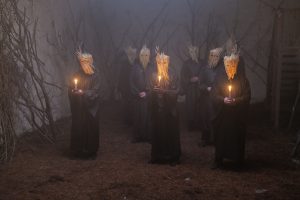 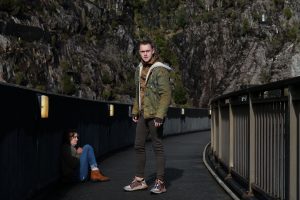 The Gloaming will premiere on Australian streaming service Stan, on 1 January 2020.  Why are we interested? Because the entire 8-part drama series was filmed in Tasmania.

The haunting crime thriller stars Australian actors Emma Booth and Ewen Leslie. The story beginning with a routine murder investigation transforms into something far more sinister. It follows the work of Detective Molly McGee (Emma Booth) as she is required to partner with Alex O’Connell (Ewen Leslie), the two sharing a tragic past, to solve the investigation.

Created by Vicki Madden (The Kettering Incident) of SweetPotatoFilms, in partnership with 2 Jons and Mushroom Pictures, the series was co-produced by Disney ABC Studios International and Stan as a Stan Original. In a prepared statement prior to production, Nick Forward, Stan’s Chief Content Officer said on “partnering with Disney’s ABC Studios International, the scale and scope of this production has rarely, if ever, been seen in Australia before.”

Filmed in Tasmania’s south, the trailer shows snippets of what we can expect will be some pretty epic scenery. There are already clues as to which landscapes will feature, including Hobart city, New Norfolk and the Mount Field National Park.

Madden said, “To have the opportunity once again to create a series based in Tasmania is a great privilege. Its gothic landscape and haunted past have inspired me since I was a child. I’m thrilled to have Emma Booth and Ewen Leslie bring my beloved Molly and Alex to life, and Stan and ABC Studios International on board to share The Gloaming with audiences around the world.”

Nearly 900, 000 Australians use the streaming service Stan, second in popularity only to Netflix (5 million users). The Gloaming is among other Stan Original productions such as No Activity, Wolf Creek and Romper Stomper and is expected to be a great success.