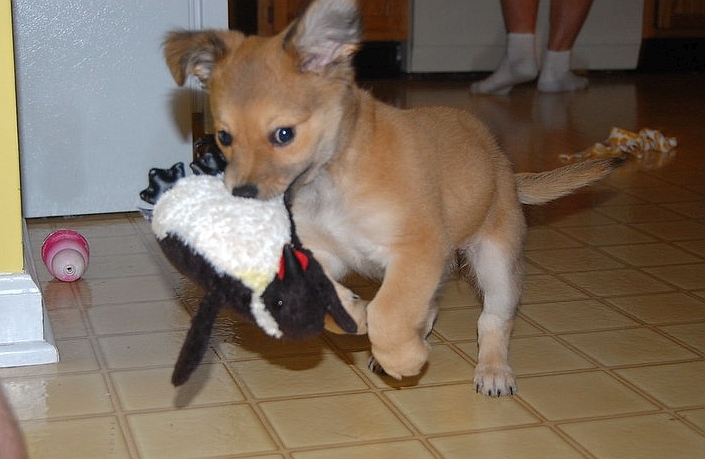 Parliament has passed new legislation to protect sensitive wildlife from the threat of dog attacks. The legislation amends the Dog Control Act.

This step towards protecting little penguin rookeries ensures that new penalty provisions are in place ahead of the peak summer breeding season. In recent years dog attacks have occurred at Bicheno and other noted penguin nesting sites. The Low Head attack was described by BirdLife Tasmania as ‘catastrophic’ at the time.

President Eric Woehler welcomed the changes announced, noting the dramatic increase in the number of dog attacks on penguins in the last two years. “Tasmania’s penguins, and all of our wildlife, are critical to our green image, our ecotourism industry and are key elements of Tasmania’s varied ecosystems,” he said.

He called on dog-owners to take responsibility for their animals, particularly, but not exclusively at night. “We know the penguins’ breeding cycle is changing, with their breeding season extending from late winter to late summer. This means penguins are ashore for longer periods during the year. This increases their chances of encountering roaming dogs ashore.”

The amendments to the Act specifically target irresponsible dog owners and provide for stronger penalties. The clear message is that if a dog injures or kills sensitive wildlife like little penguins, then there will be serious consequences.

Changes include a new offence for instances where a dog injures or kills any sensitive wildlife in any area specified by the Minister responsible for the Nature Conservation Act 2002.

A person found guilty of the new offence could be fined up to $5,040, liable for a range of costs incurred, and may have their dog destroyed.

Other offence provisions with additional monetary penalties in the Act may apply, depending on the individual circumstances of the attack. The penalty for taking a dog into a prohibited area containing sensitive habitat for native wildlife will also increase to $3,360. This approach will support local councils wishing to prohibit the entry of dogs into ecologically significant areas, such as little penguin colonies.

The legislation also allows the collection of DNA from dogs suspected of involvement in wildlife attacks.

In addition to protections for sensitive wildlife, there are important dog control amendments relating to greyhounds. This allows councils to lawfully provide off-leash exercise areas for greyhounds where appropriate and to extend the circumstances in which greyhounds are considered under effective control.