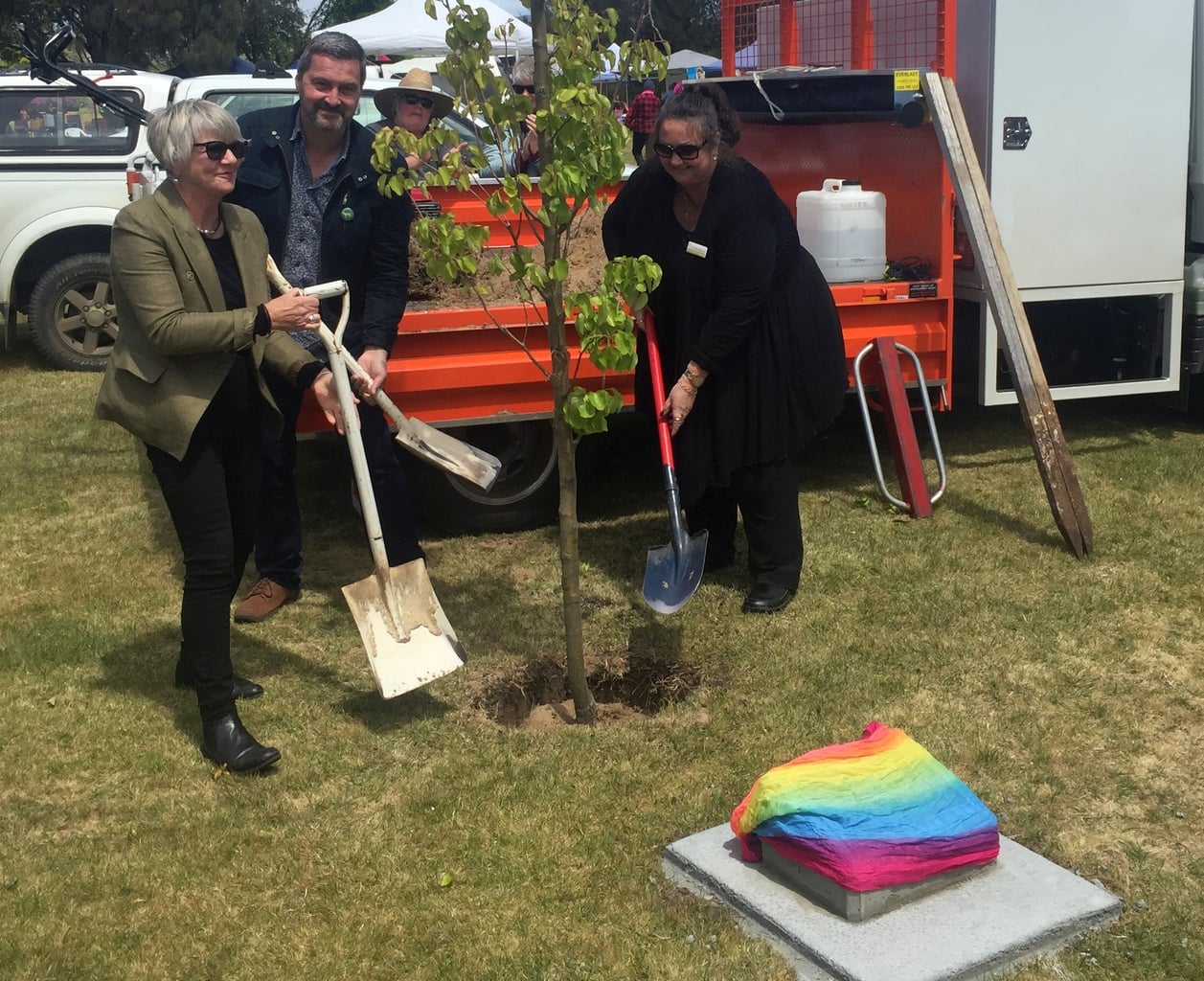 The north-west Tasmanian town of Ulverstone, once dubbed ‘Australia’s most homophobic town’, last week hosted a ceremony celebrating how far the town has come towards being more LGBTI-inclusive and respectful.

Central Coast mayor, Jan Bonde, unveiled a plaque and planted a tree during the annual Out In The Park LGBTI Tas Pride event in the town.

“Thirty years on from the anti-gay rallies in Ulverstone, we are now a more inclusive and respectful community,” said the mayor. “This tree and plaque are symbols of how far we have come. They remind us that we are dedicated to being a community that embraces all.”

“Thirty years ago, Ulverstone was the centre of resistence to the decriminalisation of homosexuality. Now it is leading Tasmania towards greater LGBTI inclusion,” said Mr Croome.

“My hope is this plaque and tree will prompt people to reflect on that dramatic change, and inspire them to overcome whatever injustices they may face.”

Diprose proposed the ultimately successful Council motion that led to event. “This is for all LGBTI people, their families, their friends and supporters, and for the whole community,” she said.

In 1989, Ulverstone hosted the first and worst of the many rallies protesting against decriminalising homosexuality across Tasmania. Many of the groups opposed to the reform were also based in the town. A notorious demonstration at the Civic Centre saw angry mobs confront gay activists.

The plaque reads:
This tree was planted as a living reminder of our community’s journey to becoming LGBTI inclusive. It honours those who took a stand for equality, and reminds us that all lives and contributions are equally valuable. 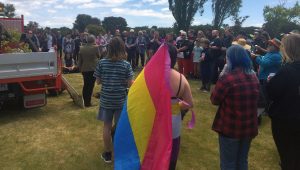 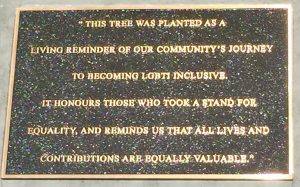