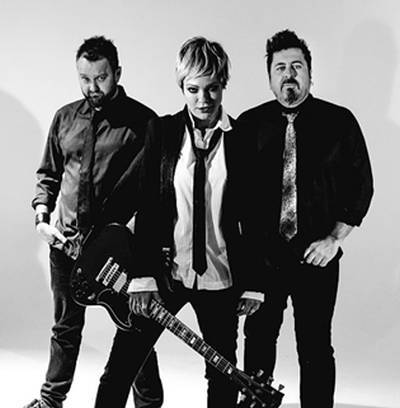 It’s been a busy time for Adelaide’s alternative rock band SuperJesus. They were inducted into the South Australian Music Hall of Fame last year and this year it’s the twentieth anniversary since their album ‘Sumo’ hit number 2 on the ARIA charts. A special anniversary edition was released on August 16 (including the never before heard version of Kylie Minogue’s ‘Confide in me’) and the band are busy gigging their way across the country to celebrate the special occasion.

At the time of speaking to band member, Sarah Mcleod, gig dates only ran until December. Sarah did tell me she loves Tasmania, and MONA and was upset at that stage a Tassie date hadn’t been secured. Of course that is all rectified now with the concert looming soon.

Sarah says hanging out listening to conversations provides inspiration for her writing and it’s a great excuse to go to a place many great conversations occur, the pub. Right now Sarah is concentrating on rehearsals and organising the tour and will be closed off from writing, blocking all ideas until the tour concludes, then the creative floodgates will be opened again.

Something you may not know about Sarah, is that this rock chick, if she hadn’t been a musician, would have been a stockbroker on the Adelaide stock market obsessed as she is with the symbols of bull and bear!

SuperJesus will perform in Hobart on December 8 at the Waratah.