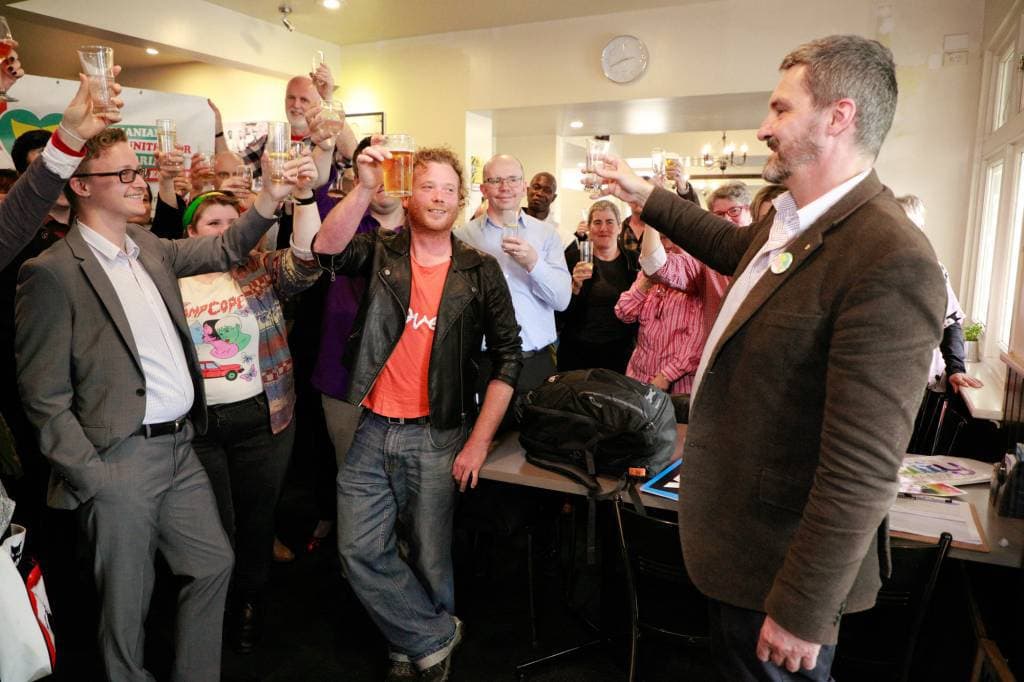 Tasmanian marriage equality supporters celebrated the first anniversary of the Yes vote today with a toast to love and equality.

The commemoration was at the Cascade Hotel in South Hobart where hundreds gathered a year ago to hear the postal survey result.

Speakers at today’s commemoration included Olivia Hogarth and Rebecca Dorgelo who were married in Hobart in October; Hobart civil celebrant, Maxine Lowry who advocated for marriage equality and has married several same-sex couples this year; and Roen Meijers and their partner Matty Wright who spoke about the continuing need for transgender law reform.

Contacts for these speakers are included below.

“We are here to celebrate our fellow Australians voting Yes for love and equality.”

“Like many other Tasmanians we are particularly proud our island’s Yes vote was above the national average.”

“We didn’t want a postal survey but groups like Tasmanians United for Marriage Equality rose to the challenge and love won out.”

The sixty people who attended today’s event then toasted love and equality.

A new book on marriage equality called “Going Postal” will be launched at 6pm this evening at the University of Tasmania’s Stanley Burbury Theatre.