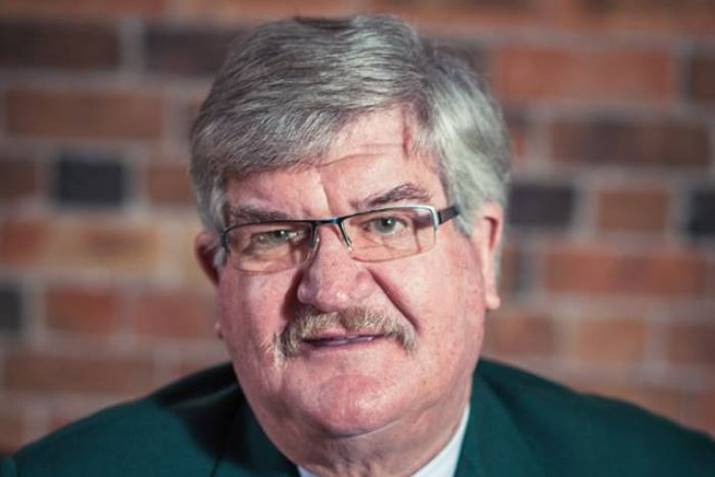 In his cricket-playing days … image from here

It was sometime in the early 1970s that Tony Benneworth and I were playing something-or-other in a pub in Launceston.

It was a betting game of some kind … perhaps two-up. Things are rather hazy from the early 70s …

Tony, that wondrous genial giant Koala as my journo mate Tess Lawrence calls him – who worked, as I did, with Tony on The Examiner in the very early 70s.

Each time he said ‘double-or-nothing’ because he didn’t want me to lose.

I won the sixth game.

All about Tony, Wikipedia here

It is with great sadness that we have learned of the passing of Tony Benneworth.

As a member of the Tasmanian parliament from 1992 to 1998 and part of both the Groom and Rundle Governments, Tony was a great advocate for Northern Tasmania and particularly the electorate of Bass.

Tony also stood for the Liberal Party in 2001 for the Federal Parliament in the seat of Bass.

Tony’s contribution also extended to the sporting community in Tasmania. In addition to representing Tasmania as a first class cricketer he was a senior administrator in Lawn Bowls.
Tony will be greatly missed.

*Lindsay Tuffin has been a journo since 1969, mainly in Tassie apart from a couple of years wandering around Oz and a few years in Pomland where he edited ‘Buzz’, a magazine dealing with church and social issues (beaten in audit circulation only by Aero Modeller magazine!); and a stint as a Uni chaplain back in Tassie …